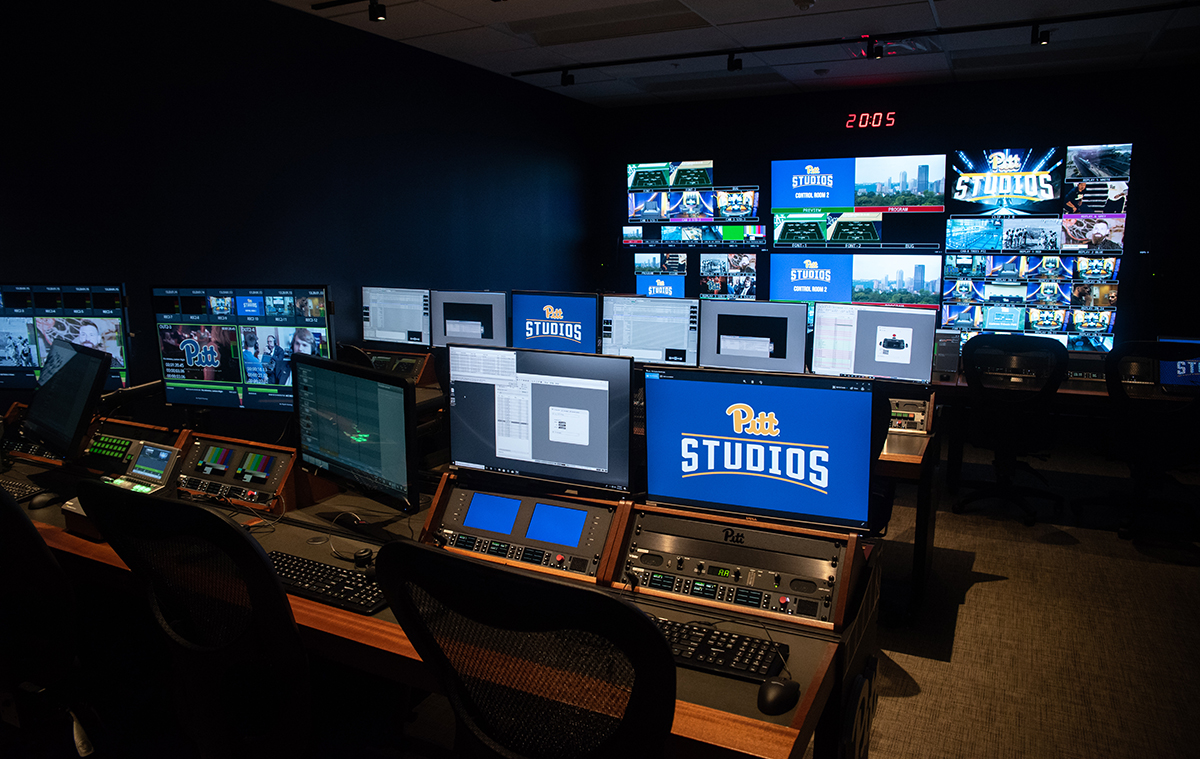 The University of Pittsburgh opened a new broadcast studio this fall ahead of the ACC Network launch in 2019.

The new 6000-square-foot facility, dubbed the Pitt Studios and located in the Petersen Events Center, is managed by NEP Group, who helped create the space alongside Anthony James Partners.

We recently had a chance to speak with Joseph Wire, VP Managed Services & Business Development at Bexel (an NEP Broadcast Services company), about the project’s setup.

Describe the overall infrastructure set up at Pitt Studios?

Each control room has the capability to connect independently to any of the announce booths, camera locations, robotic cameras or independent fiber strands at any venue. In reality, Pitt Studios can produce five independent broadcasts from five independent venues.
Shared technology is key to the success of this infrastructure. 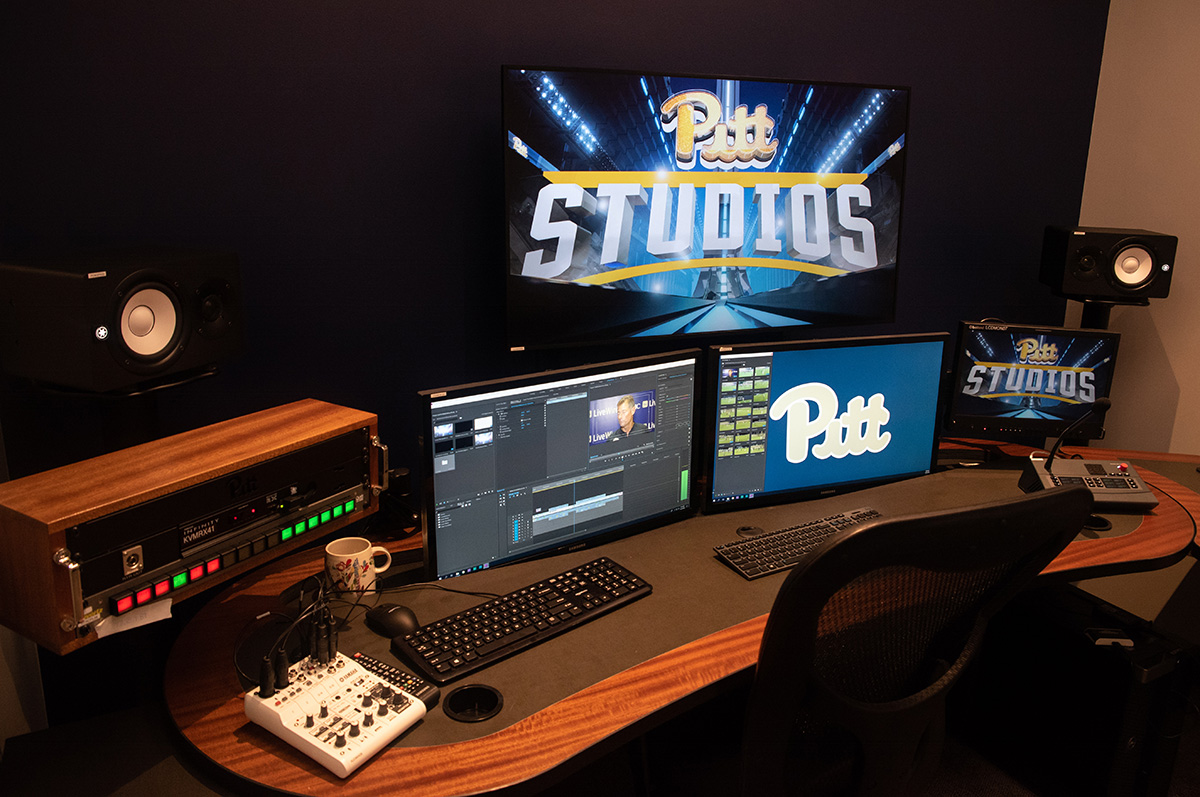 One of the audio monitoring suites in the new Pitt Studios complex. Photos courtesy of NEP.

The Grass Valley Switchers are on a shared network where five control panels are shared to three mainframes. The Evertz DreamCatcher system has 36 channels of playback and 18 channels of ingest whereby independent channels can be allocated to any of the control rooms. The audio Dante audio network is connected to five Calrec audio consoles providing the capability to route any audio source to any of the consoles.

The camera infrastructure contains 11 CCU’s and cameras. These cameras can be deployed at any of the venues and have the CCU’s allocated as required.

How does the new studio connect with the other venues/facilities of the University?

The studio is located on the main level of the Petersen Event Center. It is exposed to the student body via a windowed glass wall. The studio is connected to the infrastructure through single mode fiber and a switched gigabit network. This connectivity allows any of the five control rooms to access the three studio cameras.

How is it designed with students in mind?

The technical infrastructure is designed around the equipment and technical workflow a professional engineer or operator would experience in any of the NEP mobile units.

In addition, there is space at each operating location in each control room to allow for a student to observe, or a teacher to teach a student who is learning the operation of a certain piece of equipment.

The seven IP networks contained within the system are built on a standard IP network design which allows students who have network comprehension to easily understand the architecture of the system. 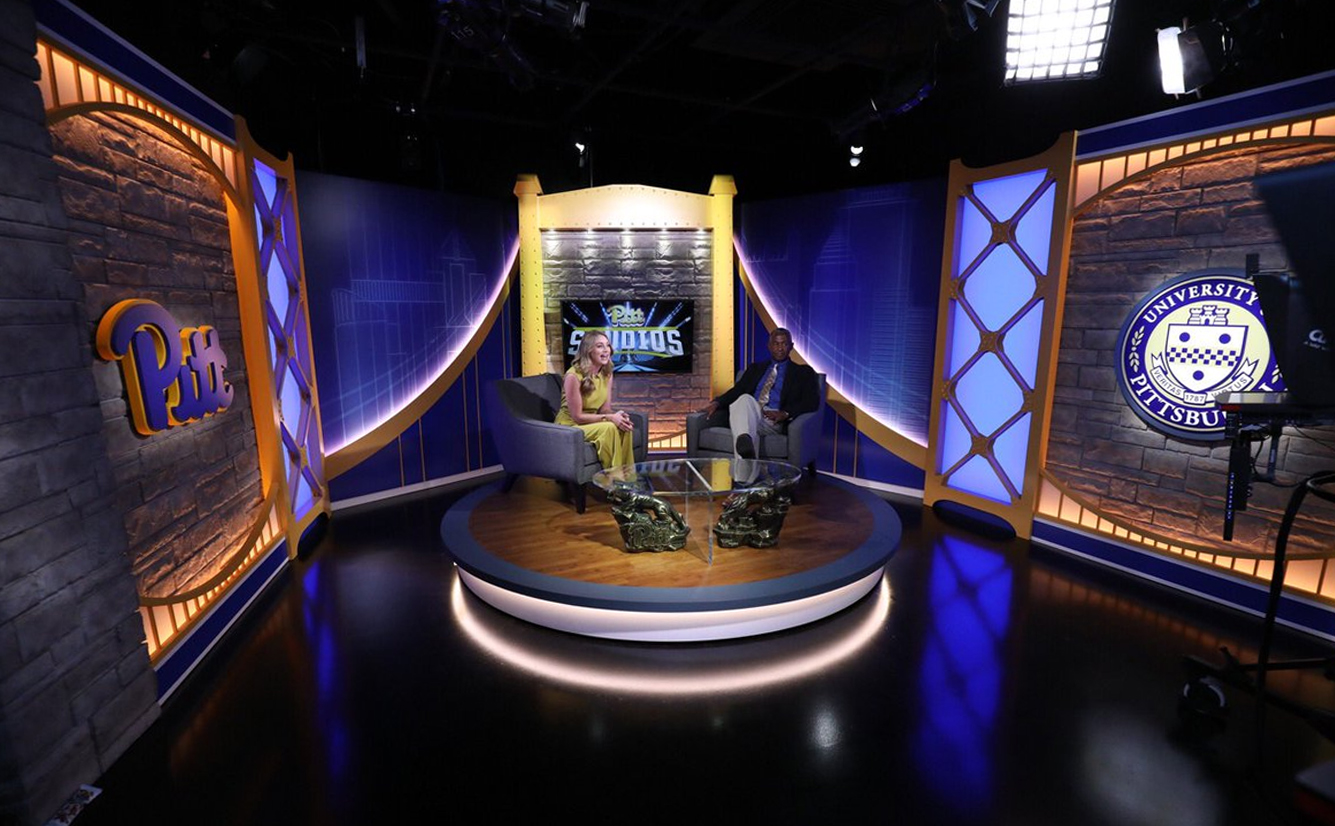 Part of the broadcast studio at Pitt Studios with set design from James Yates and fabrication by Creative Dimensions.

How does this infrastructure prepare the University of Pittsburgh for the ACC Network launch?

The ACC Network launches in August of 2019, but Pitt Studios is already producing content for ESPN’s OTT services.

Having the infrastructure completed 10 months before the launch of the network will allow the Pitt Studios Team, led by Paul Barto, to familiarize themselves with the equipment, its functionality, and creative power to contribute with the highest creative capability in August of 2019.