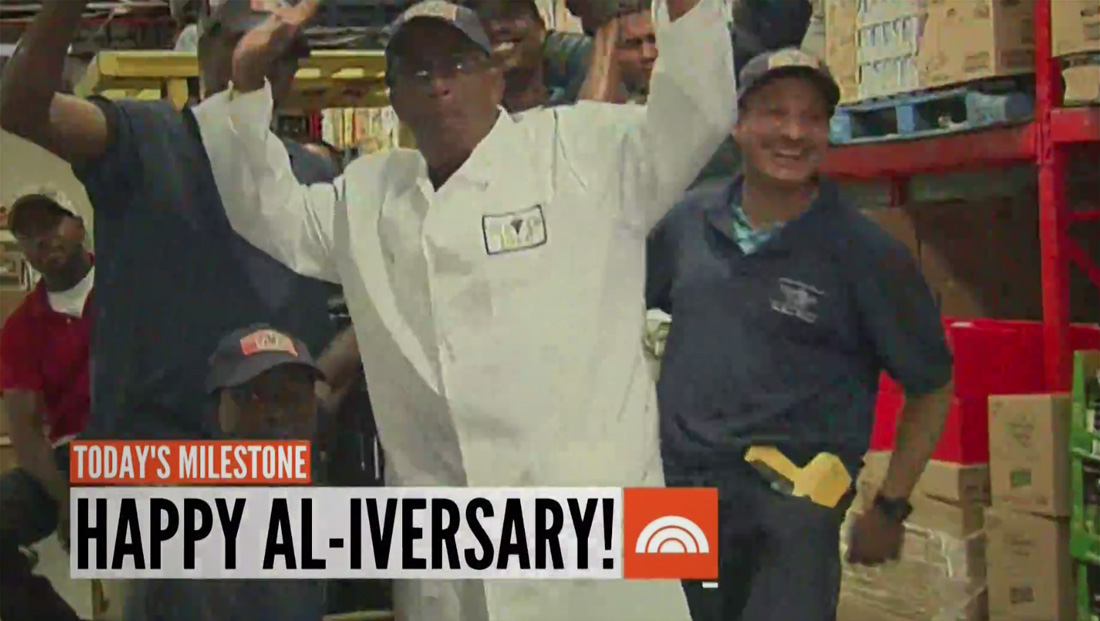 The show included Roker’s anniversary in the open — before cutting to co-anchors Savannah Guthrie and Hoda Kotb at the anchor desk. The camera zoomed out to reveal a rather sheepish looking Roker.

'#ALiversary' was trending by the end of the show pic.twitter.com/p1ufyURNQq

The show showed archival footage of Roker’s career throughout the morning. 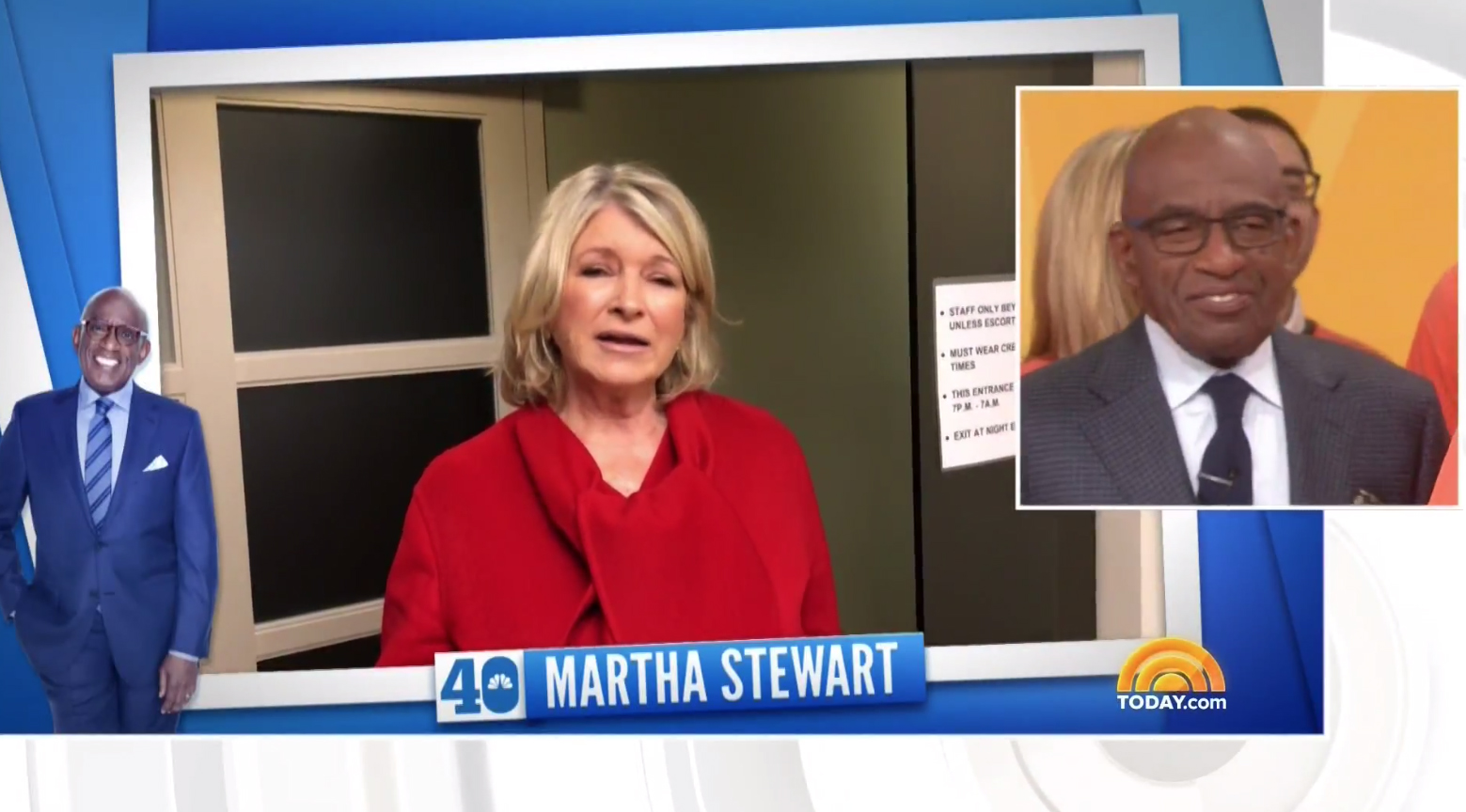 Celebrities wished Roker happy anniversary in a blue and white frame graphic — with a live shot of Roker’s reactions to one side.

After airing a package of video well wishes, the network cut to a wide shot in Studio 1A’s production area — complete with an “Al-iversary” branded graphic on the video wall — with most of the crew wearing orange T-shirts. 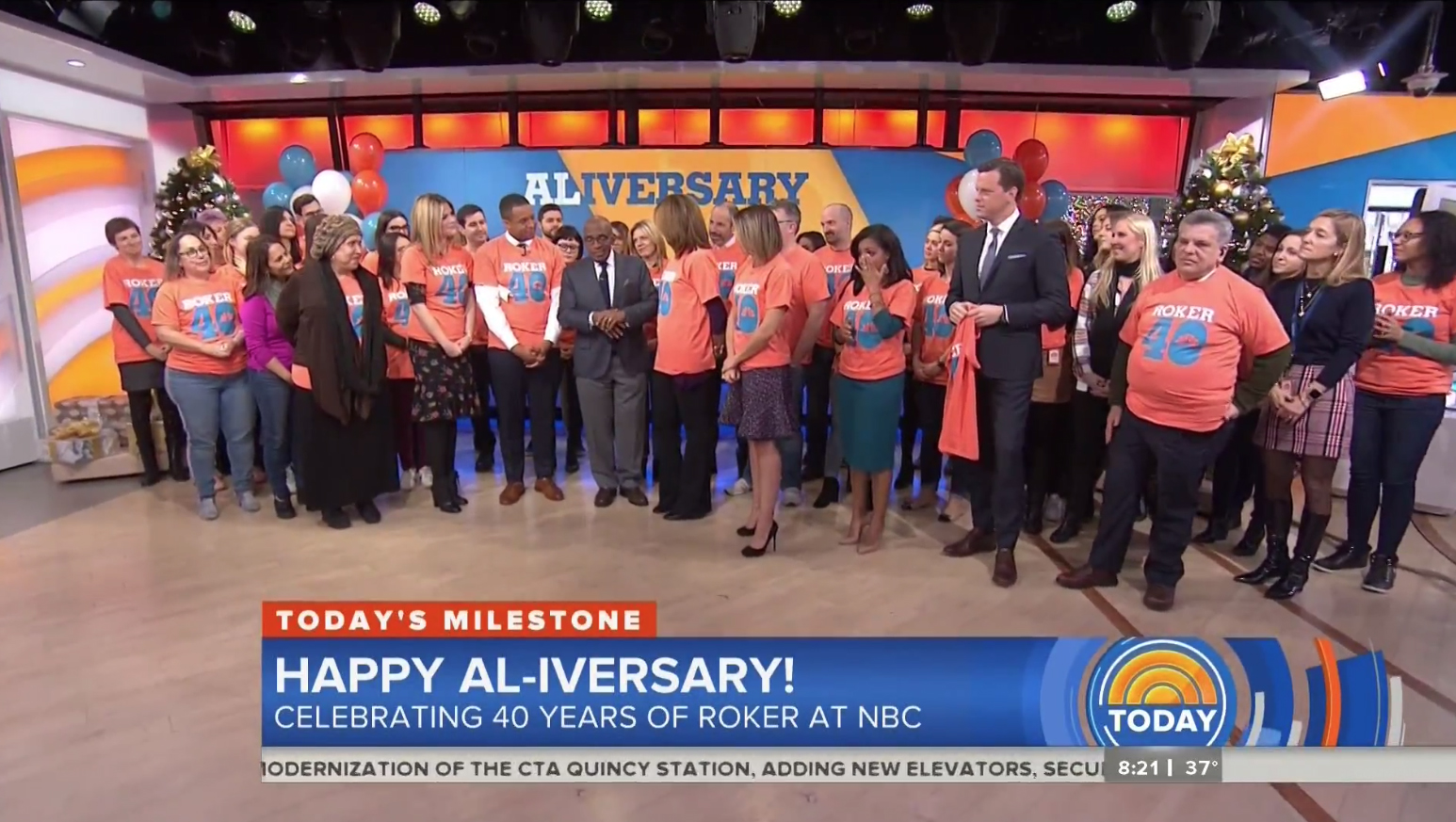 The shows, which interestingly were in a ‘Living Coral’-esque shade rather than the traditional orange ‘Today’ uses — features Roker’s last name with the number ’40’ — with the NBC peacock serving as the negative space in the middle of the zero. 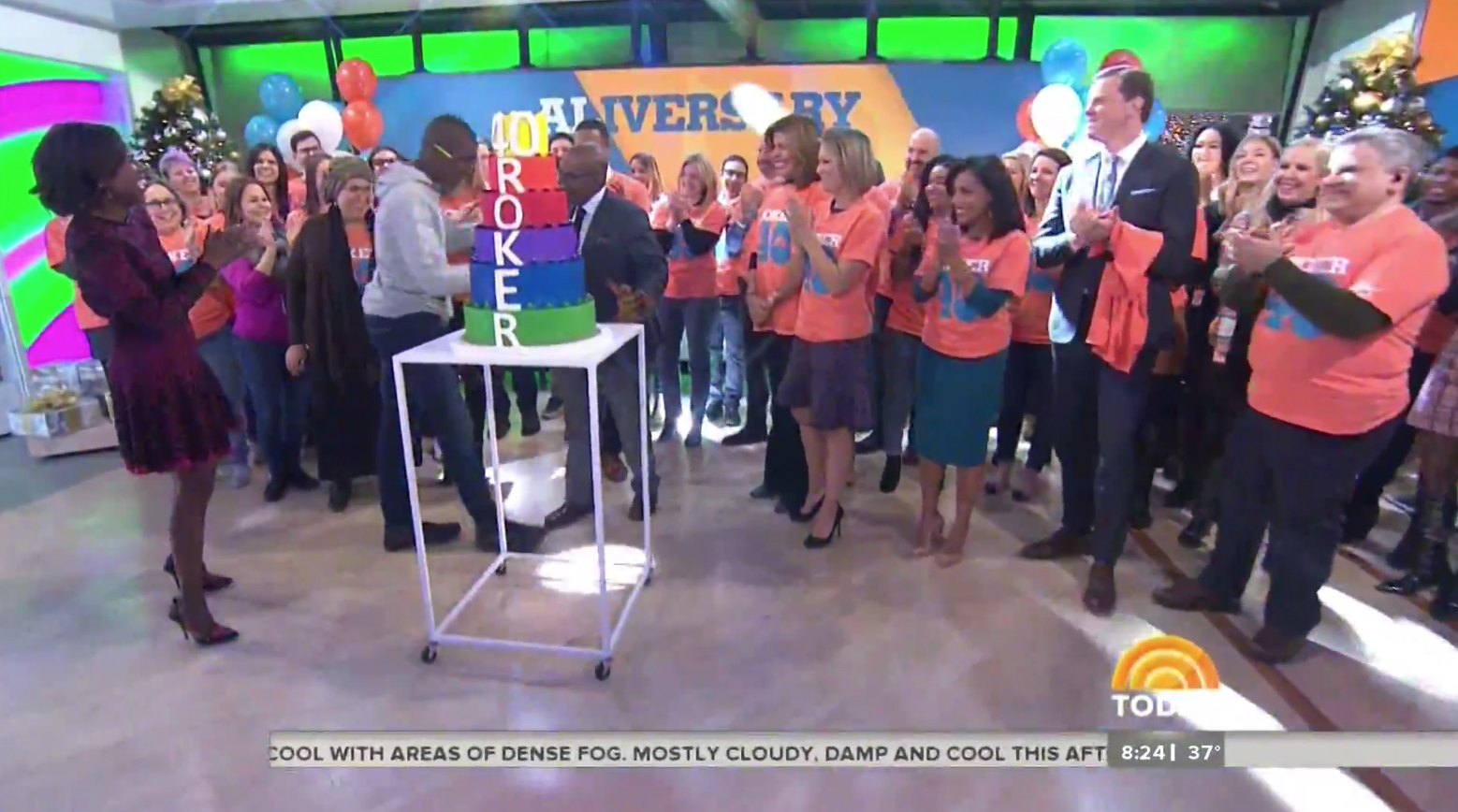 Roker’s family then wheeled out a six-tiered cake with a 40 on the side of the top layer — and Roker’s name spelled cascading down the side. Each tier’s color coordinated, from top to bottom, with the colors used in the NBC peacock left to right. 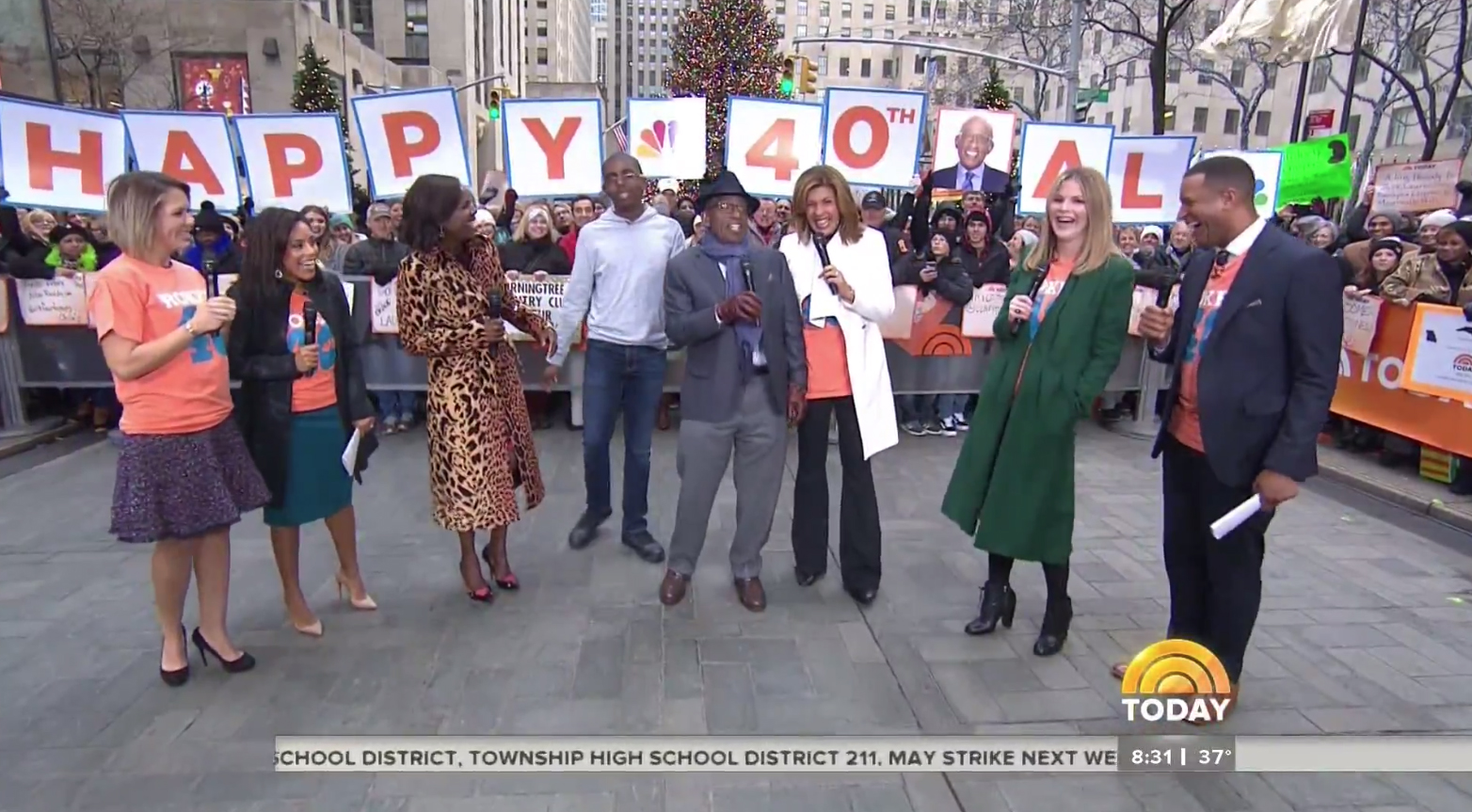 Later in the show, Roker and the crew moved outside, where fans outside Studio 1A held up single letter signs reading ‘Happy 40th Al” — with two peacocks an Roker’s headshot mixed in for good measure.

NBC also used an interstitial featuring a sweeping handheld shot that zipped around Studio 1A.