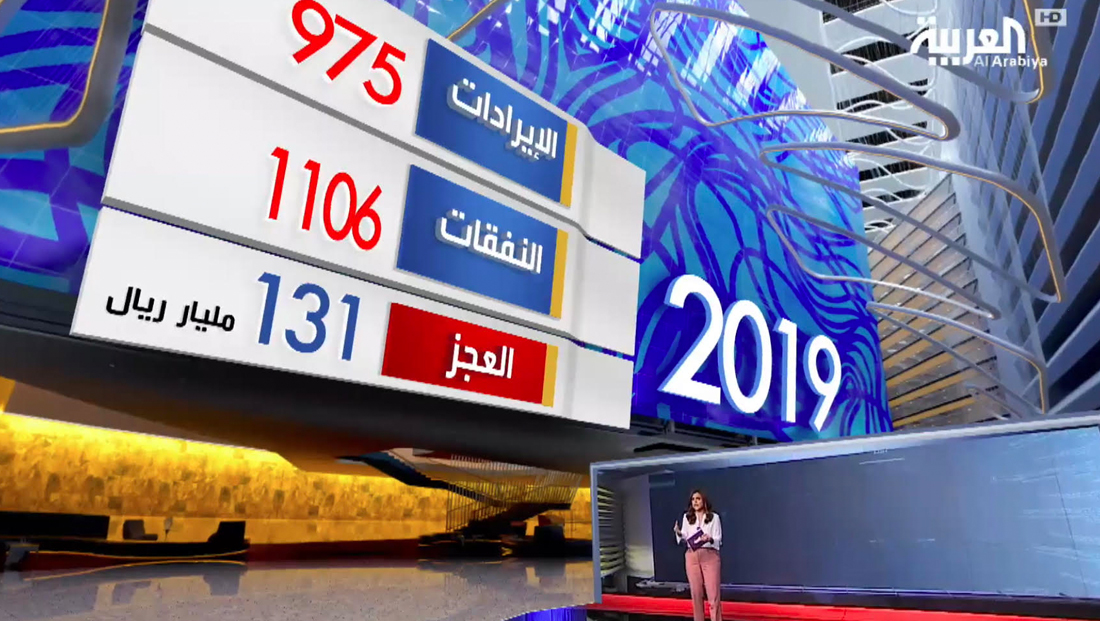 As the segment begins, viewers were already treated to an impressive visual view of the studio as the presenter walks around it to a riser in front of a wide video wall.

The camera pulled back and, with a science-fiction like “transporting” effect, the area around the video wall and riser magically filled in with what appears to be a giant atrium and lobby area, with futurist architecture “inspired by” what it buildings might look like in 2030, according to the network.

The shot goes so wide the anchor and the set she was standing on ended up looking almost like a dollhouse in comparison to the huge virtual space.

The wall of the virtual vertical space was then used to insert key figures surrounding the budget data.