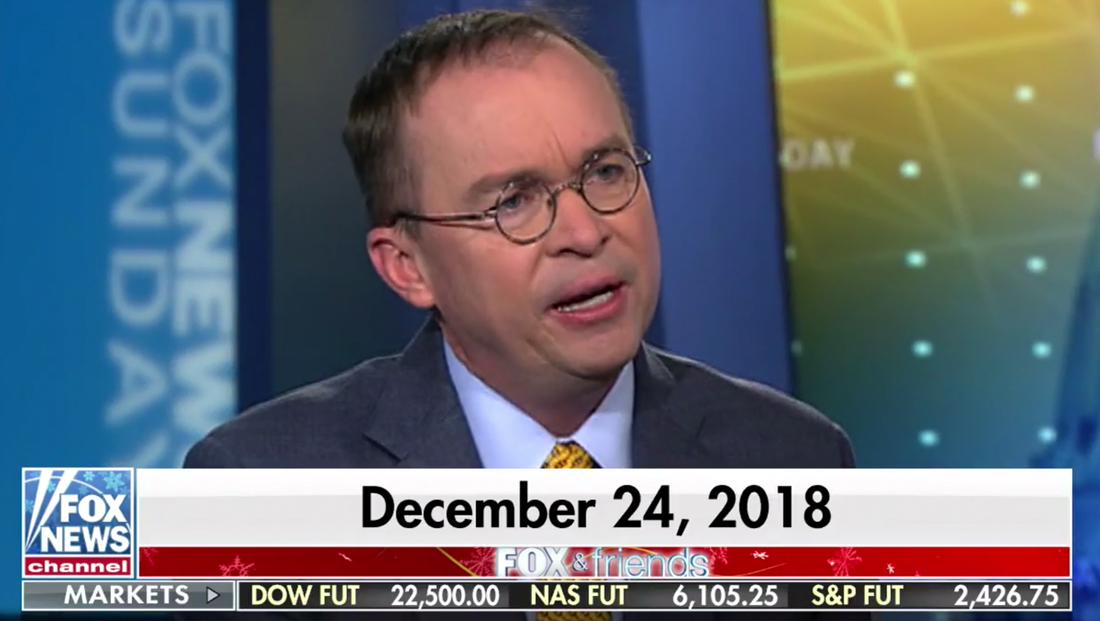 After switching to a wintery bug Friday, Fox News‘ morning show “Fox & Friends” upped the ante on Christmas mode using its set and graphics on its Christmas Eve morning edition. 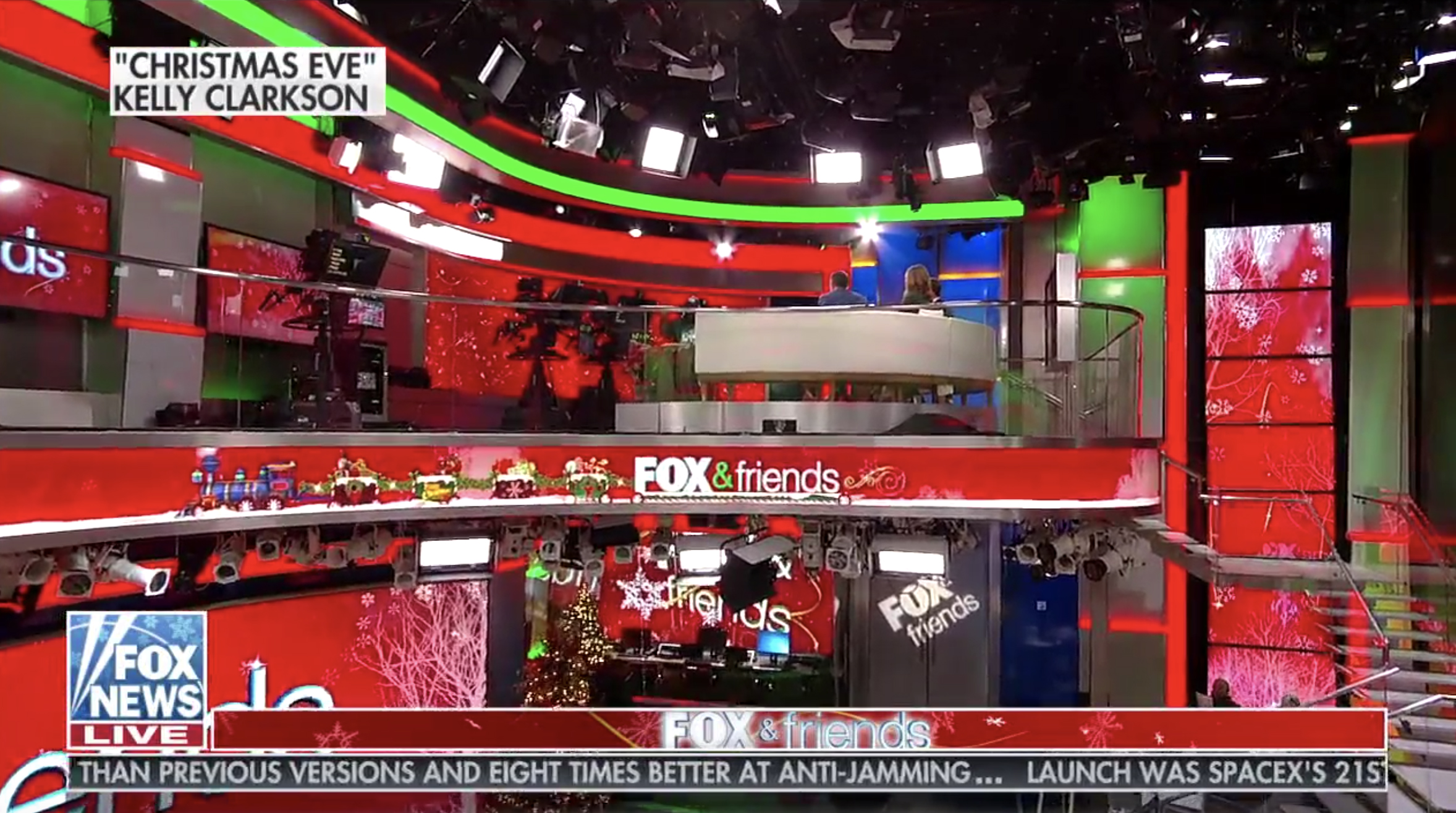 While the color scheme is decidedly Christmas-y, the graphics themselves depict a more generic wintery motif of white trees and snowflakes. The network also switched the “Fox & Friends” branded “sliver” to a matching red design. 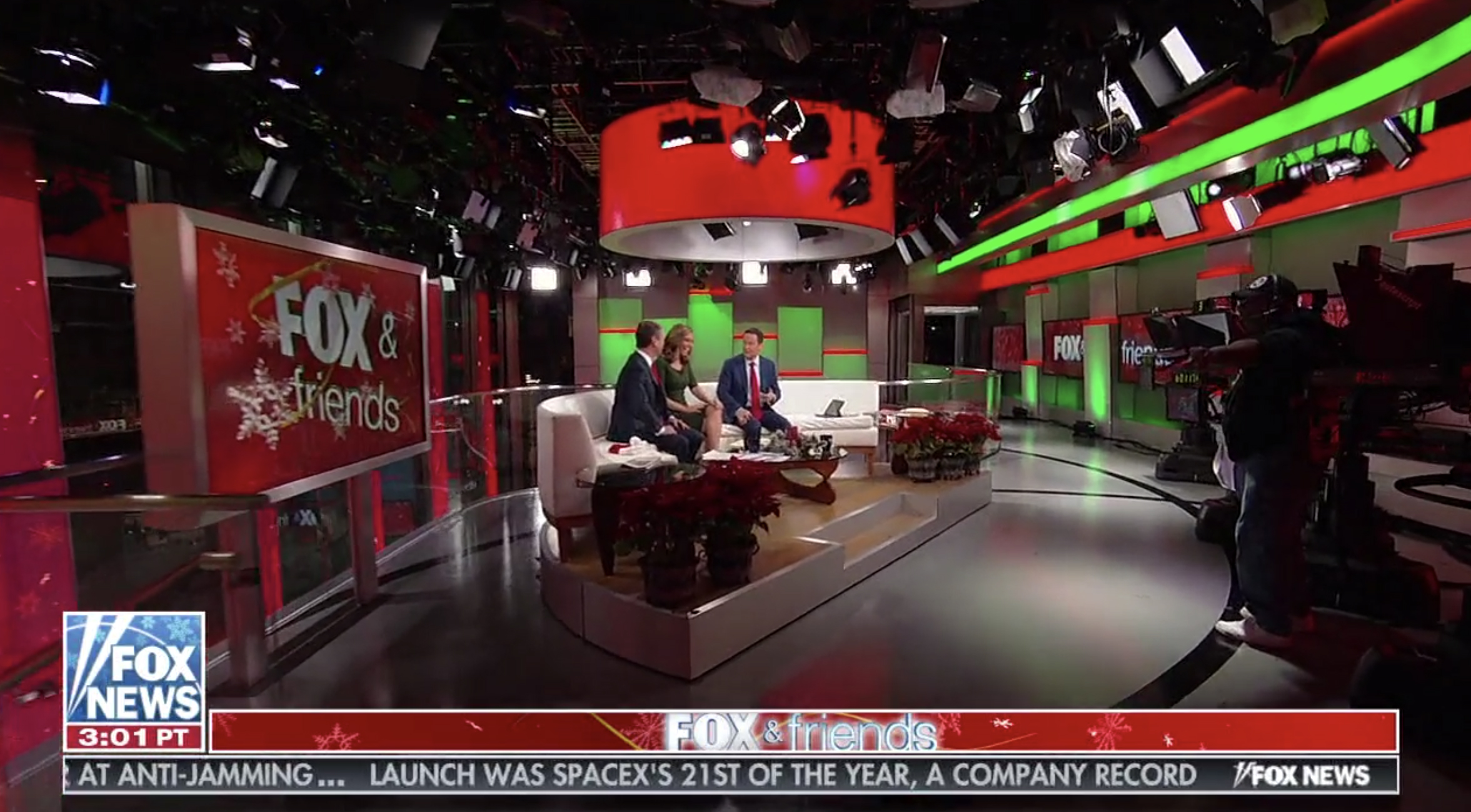 Snowflake imagery has also been added to the “Fox & Friends” logo.

Fox also added the graphic of a train running along the LED ribbon that wraps around the front of the curved balcony — and fed a bold red graphic to the so-called “video chandelier” in the center of the studio.