‘Today’ pays tribute to its teams, too 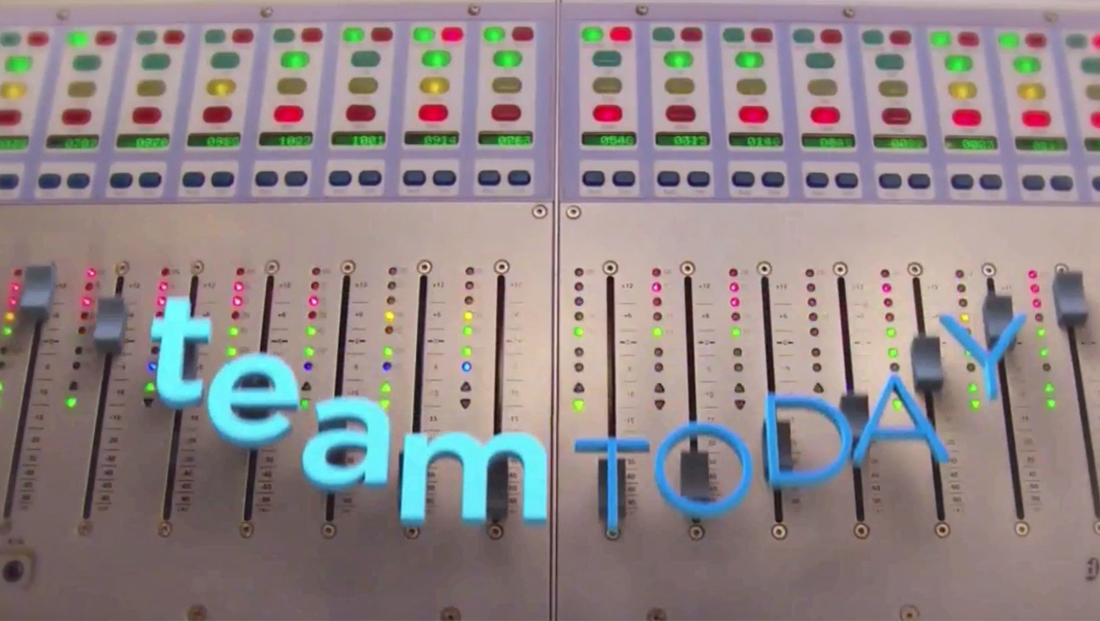 NBC News‘ “Today,” like “NBC Nightly News,” took advantage of its Christmas Day editions to pay tribute to its entire crew — both on air and behind the scenes.

Near the end of the 8 a.m., the network ran an approximately three minute montage that featured elements of the hosts and behind the scenes crew having fun with the giant “Today” letters and in the “Today photobooth” that was used for a holiday promo.

This version used Carrie Underwood’s “Love Wins” as a background (which has an early reference to the “evening news” in the lyrics) and boasted a blue background with a an oversized “Today” logo design to frame behind the scenes photos of the cast and crew.

While the “Today Third Hour” did not run a separate credits montage, the fourth hour, traditionally billed as “Today with Kathie Lee and Hoda Kotb,” ran its own set of end credits.

The fourth hour version used started and ended with a custom song for the show, with the production music track “Stomp and Clap” by David Westlake from EMI used to fill in the space in between.