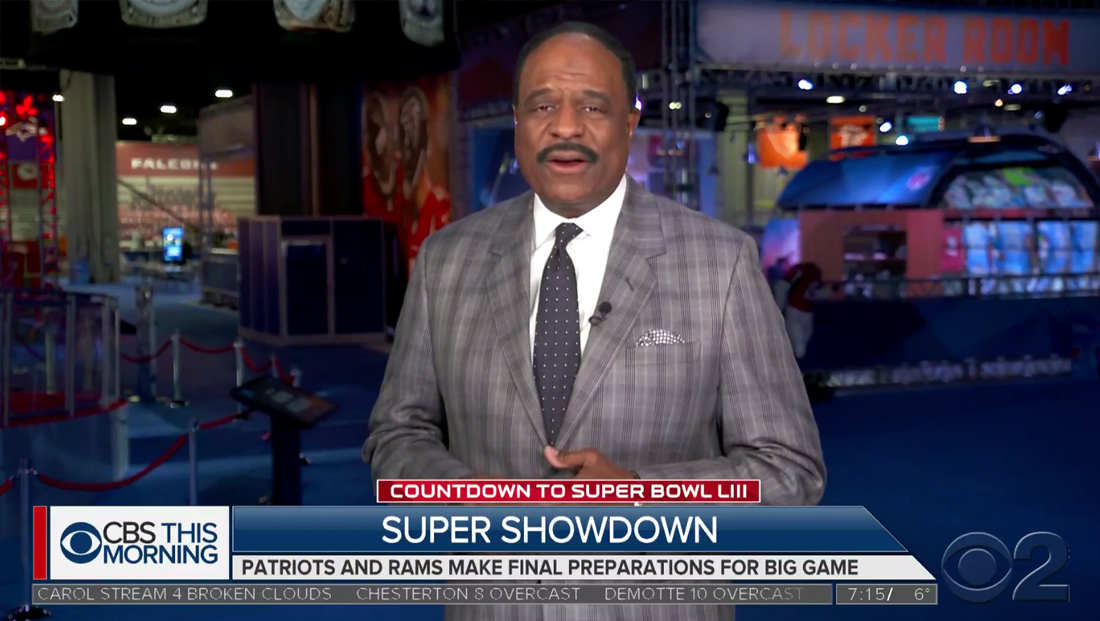 “CBS This Morning,” whose network is carrying the big game this year, had James Brown join the show’s normal anchor team, sans Gayle King, who were all back in New York.

The show also turned its graphics to red, white and blue and added a “Countdown to Super Bowl LIII” tier to its lower thirds. 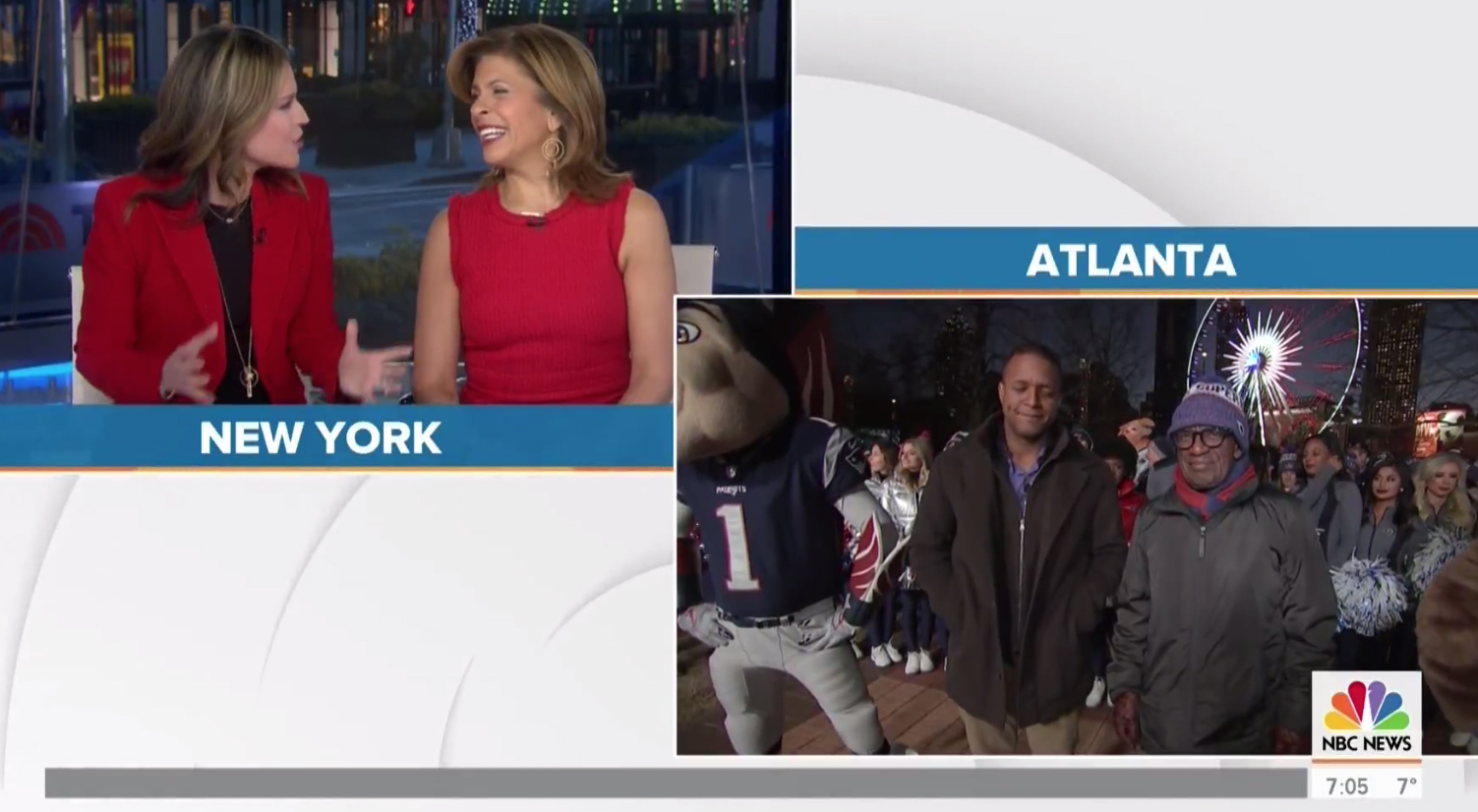 NBC News‘ ‘Today‘ had a ‘split’ edition of sorts, with primary co-anchors Savannah Guthrie and Hoda Kotb in New York and Al Roker and Craig Melvin, who are de factor co-hosts, were live in Atlanta for multiple hits throughout the show. ‘Today’ was originating from Centennial Olympic Park from a special pavilion set up to mark the occasion. 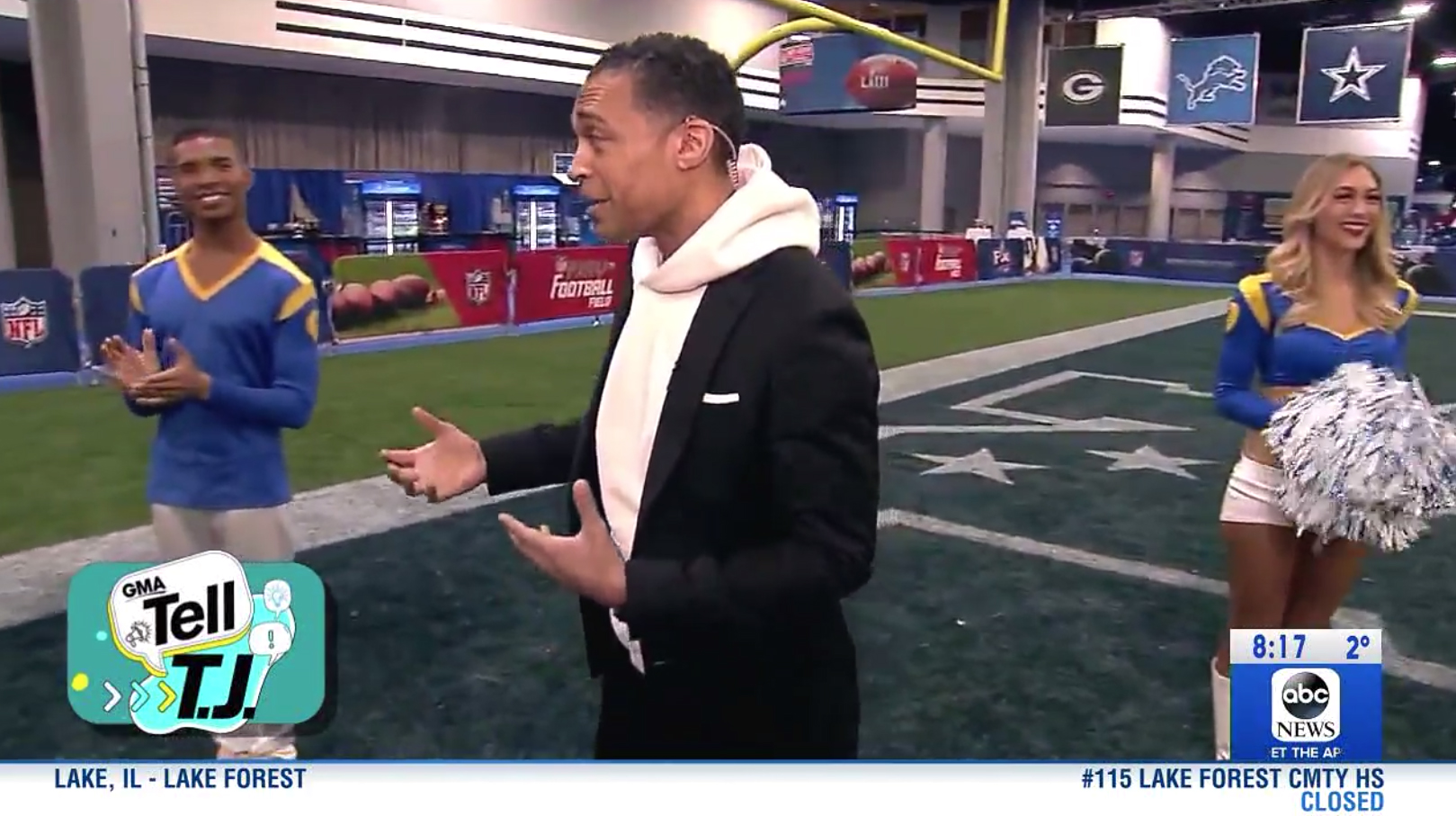 While CBS holds the official U.S. broadcast rights to the game itself this year — a responsibility that rotates among ABC, CBS, NBC and Fox — other media outlets are still free to cover the festivities surrounding the game, including using the trademarked Super Bowl name as long as it is packaged under news coverage.

There are restrictions on using the name “Super Bowl” in promotions — such as for local sales, however.