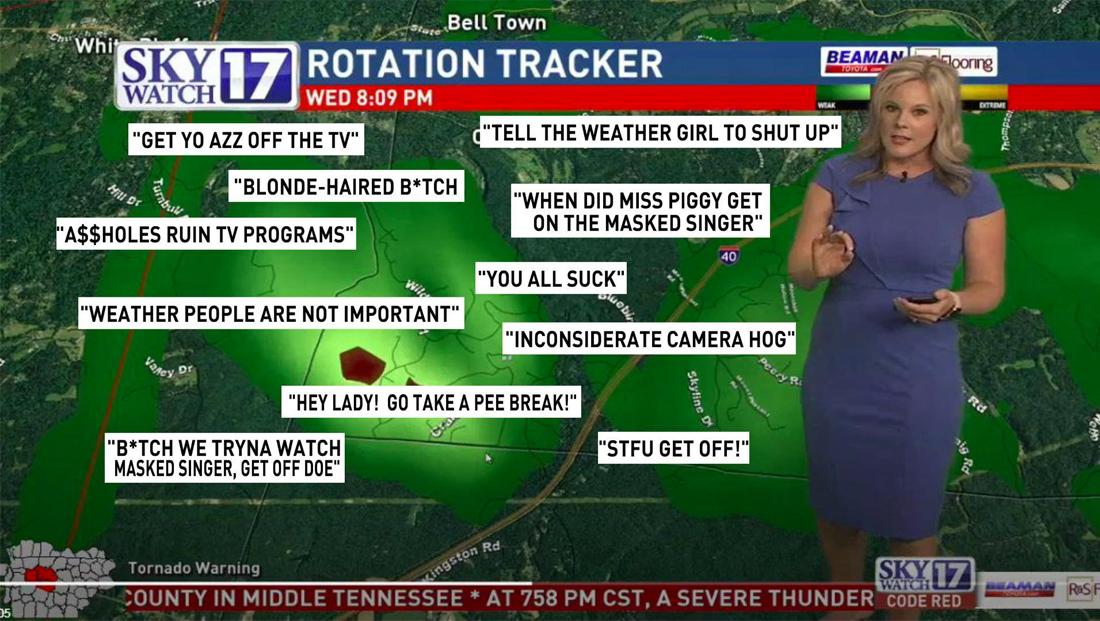 WZTV meteorologist Katy Morgan was verbally attacked online after she broke into “The Masked Singer” (how dare they!) for severe weather coverage in the Nashville market — and Morgan decided to put her weather computer to good work to create a different kind of weather map.

The new map Morgan whipped up show a map of the viewing area with white boxes containing “some” of the comments she received.

The comments she showed, preserved here for posterity, read:

“The Masked Singer,” in case you don’t know, is a show where celebrities, completely covered in an elaborate costume, sing in front of a panel, who spend most of the time whispering speculation and comments on the performance.

As Morgan puts it in her tweet, “I will always put lives ahead of a TV show.” There are a variety of ways and reasons local TV stations “cover” network programming due to the weather.

Yesterday 2 people died due to flooding. 2 tornadoes caused damage. Unfortunately, I had to cover The Masked Singer to warn people about the dangerous conditions moving in. Here are some comments I received while on air. I will always put lives ahead of a TV show. pic.twitter.com/DmRf2cSZzq