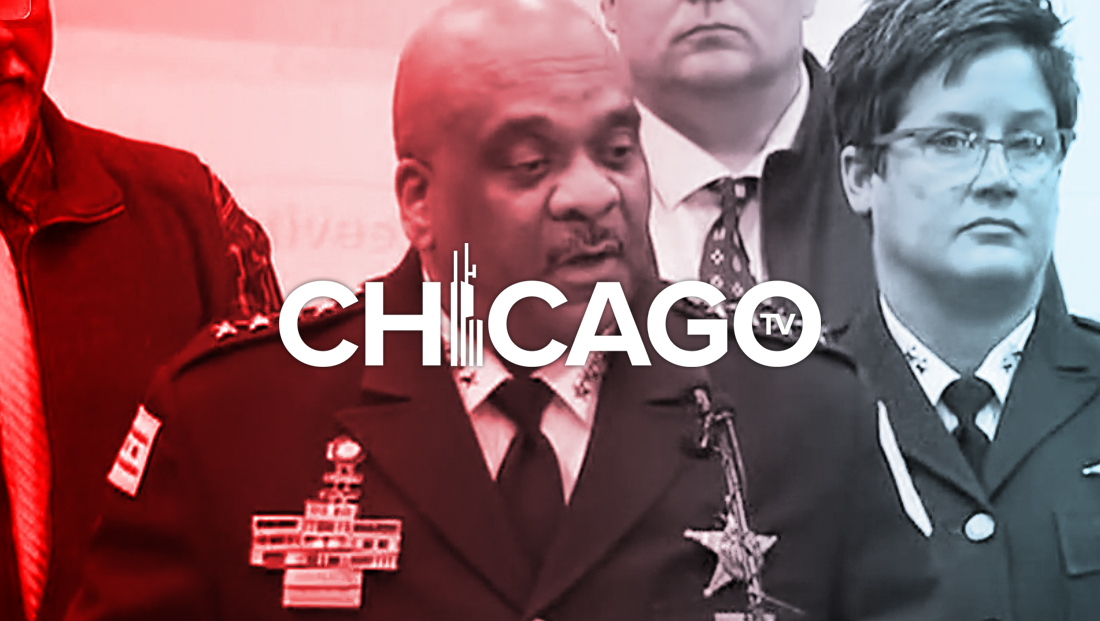 Chicago TV stations all carried the press conference about the latest developments in the Jussie Smollett case live Thursday, Feb. 21, 2019.

WLS, the ABC O&O, opted to preempt the beginning of “Live with Kelly and Ryan” and hit the air at 9 a.m. on the dot with preview and background coverage for approximately 11 minutes before the press conference began with a statement from Chicago Police Superintendent Eddie Johnson.

After the conference concluded, ABC 7 wrapped up with a brief interview with its legal analyst, attorney Gil Soffer in studio. The station then returned to normal programming.

NBC O&O WMAQ broke in “Today Third Hour” at about 9:11 a.m. with a brief intro from anchors Zoraida Sambolin and Alex Maragos who tossed, after a bit of confusion, to the press conference that had just started. After a brief wrapup at the end, the station went back to network programming.

WBBM, the market’s CBS O&O broke into “Let’s Make a Deal” just as Wayne Brady was warning about a “zonk” — and quickly tossed the press conference as well.

The station then did a rather awkward ad-libbed wrapup before going back to regular programming.

This was some PAINFUL ad libbing on #CBSChicago after #JussieSmollett news conference… pic.twitter.com/M96HBtfRcq 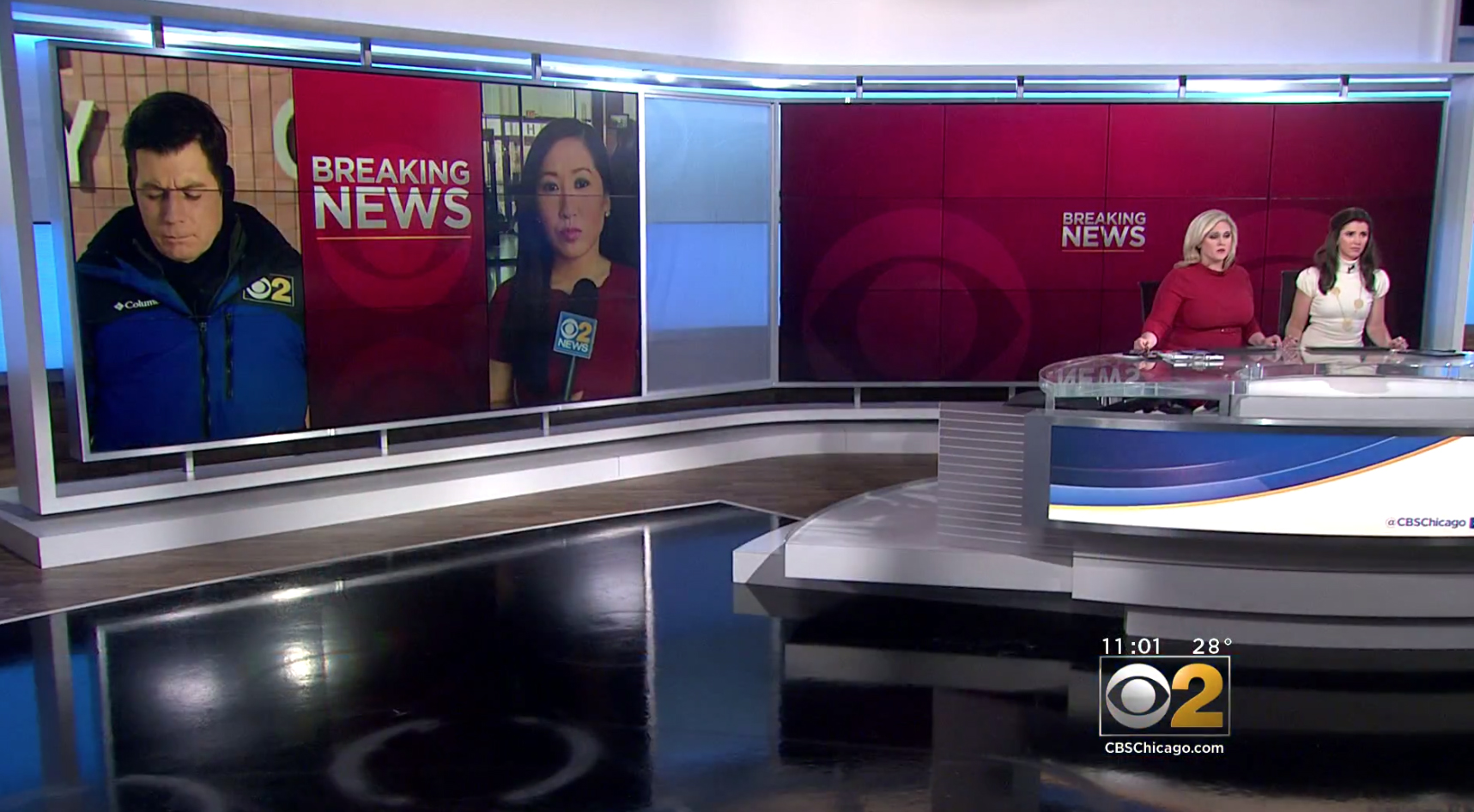 Later, at 11 a.m., the station led its midday newscast with the story, still using the red breaking news graphics and using its secondary video wall to showcase two reporters. 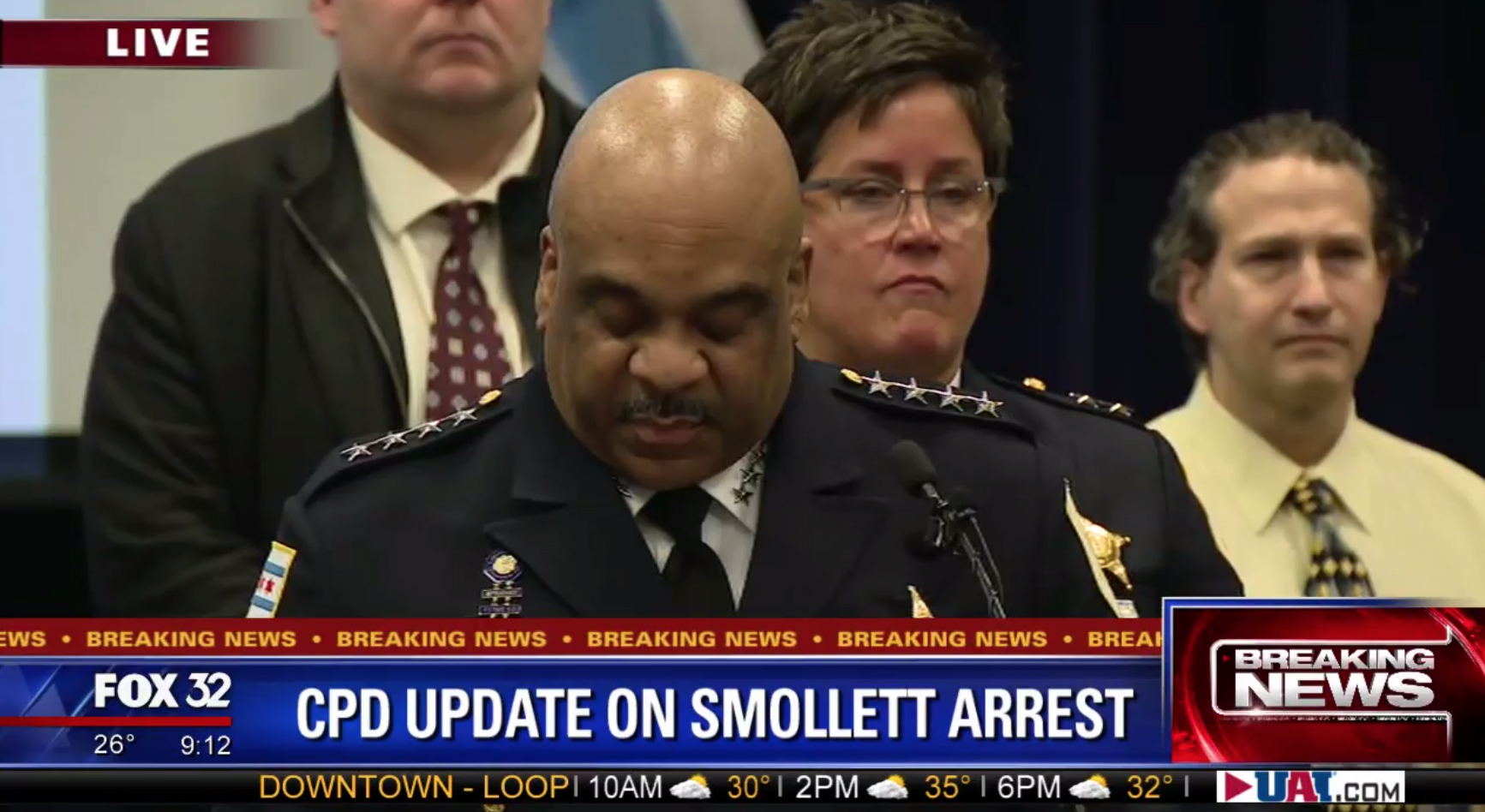 WFLD, the Fox O&O, was already in the middle of “Good Day Chicago” — which airs until 10 a.m. — so it just incorporated coverage of the press conference into the newscast under its breaking news banner.