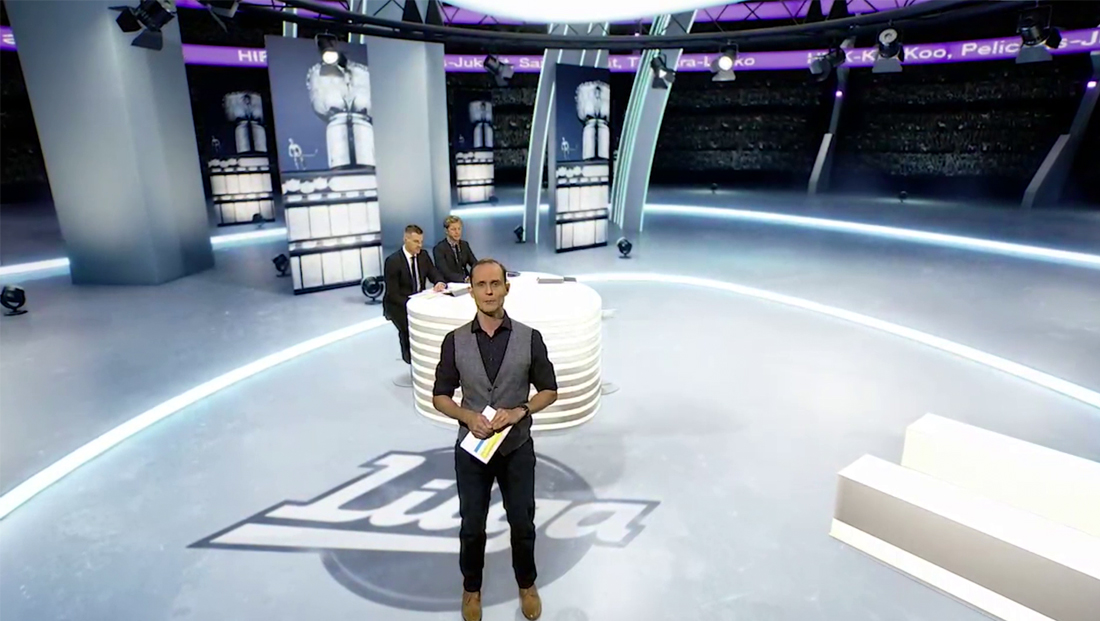 Zero Density worked with teams from Streamteam and Broadcast Solutions Finland on the virtual studio setup, which is located in Helsinki, Finland. 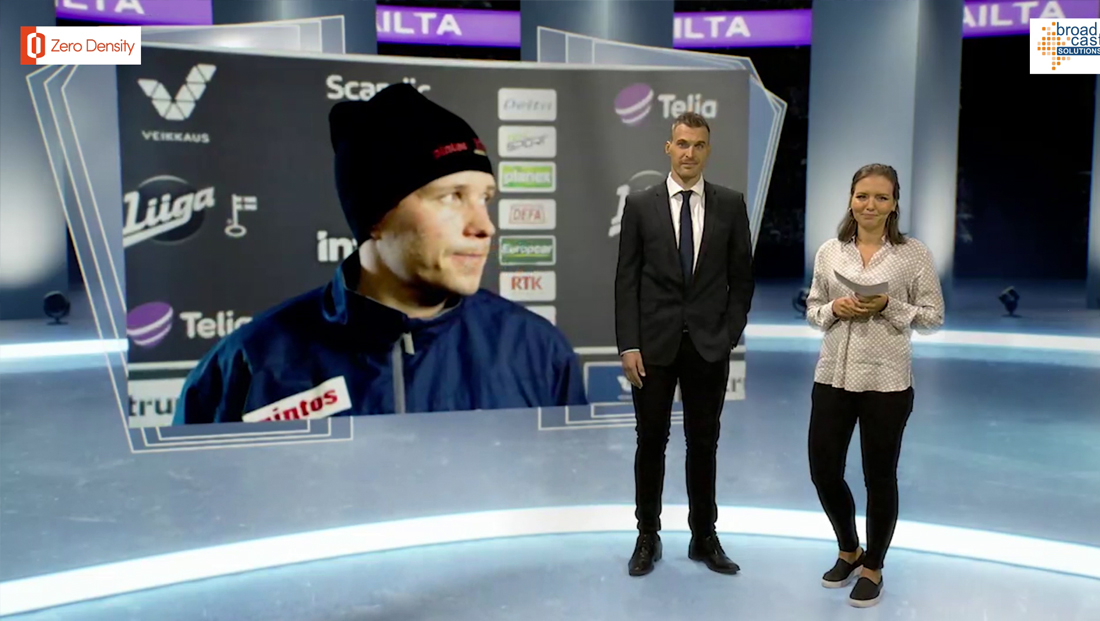 The virtual set is inspired by ice — with artfully textured floor that mirrors the look of an ice rink — complete with the Liiga league logo “under” the ice.

The space also features blocky columns that could be either internally lit glass or ice — along with a virtual LED ribbon similar to those found in stadiums around the world.

Additional elements include a curved desk as well as virtual video panels that show an oversized, icy version of the Liiga championship trophy. The virtual set also includes both light and dark structural elements mimicking stadium design, with virtual light fixtures on the floor and suspended from a “grid” above.

In addition to the virtual set itself, the look can be “augmented” with graphics that appear to “float” behind the in-studio talent. Many of these graphics feature layers of semitransparent polygons.

Telia covers 450 ice hockey games every season, with the Helsinki production facility serving as a hub that’s linked to 14 venues across the country.

At any given time, the production hub can broadcast from seven locations simultaneously.

In addition to the virtual set, Zero Density also powered a “teleportation” feature where a player was beamed into the studio for a live interview, appearing next to the talent.