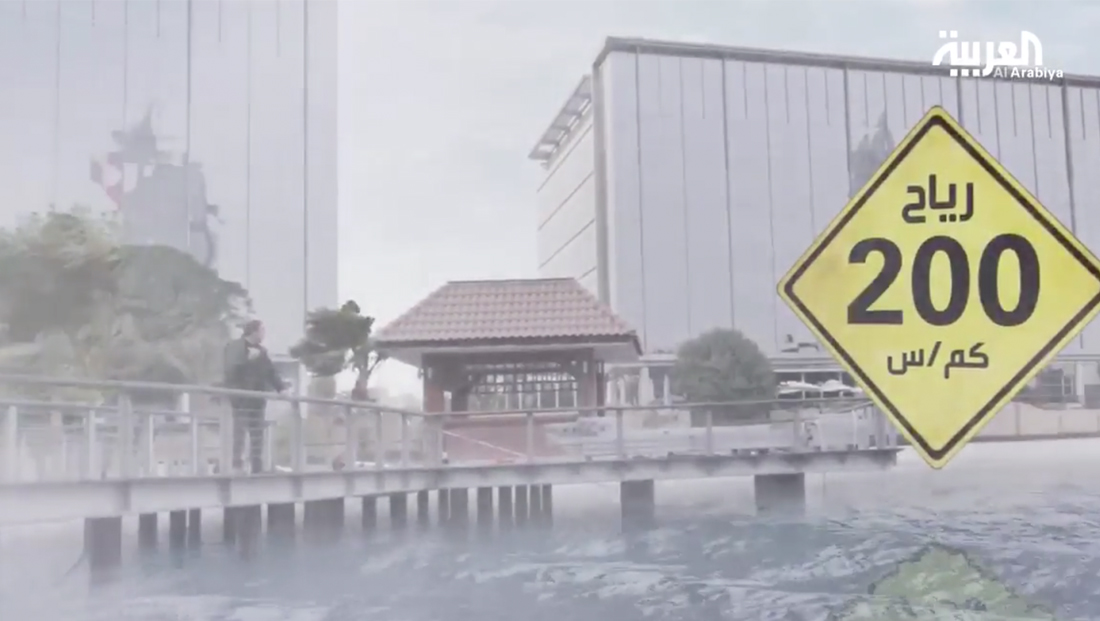 Arabic network Al Arabiya created an immersive augmented reality segment that illustrates the effects storms triggered by climate change can have on the city of Dubai, where the network is based.

The city, which lies on the shores of the Persian Gulf, also features numerous manmade modifications to the shoreline — as well as winding waterways that intertwine throughout the city’s buildings.

The augmented segment takes place on a walkway that extends over one of these waterways in front of the broadcaster’s facility in the Dubai Media City, which has previously been used for larger than life AR such as during the 2016 U.S. Presidential Election.

As the presenter explains climate saturation and increasing storms across the world, rain and wind begin to batter the camera and the Al Arabiya headquarters. This turns into a typhoon that swallows vehicles, giving viewers a peek below the surface of the water.

The segment’s 3D graphics are powered by Vizrt’s Viz Engine and created in Viz Virtual Studio with camera tracking by Stype.

The design, meanwhile, was done by Fadi Radi and the team at Al Arabiya.

Al Arabiya is part of the Middle East Broadcasting Center (MBC), a group of 11 television channels serving the Arab world.