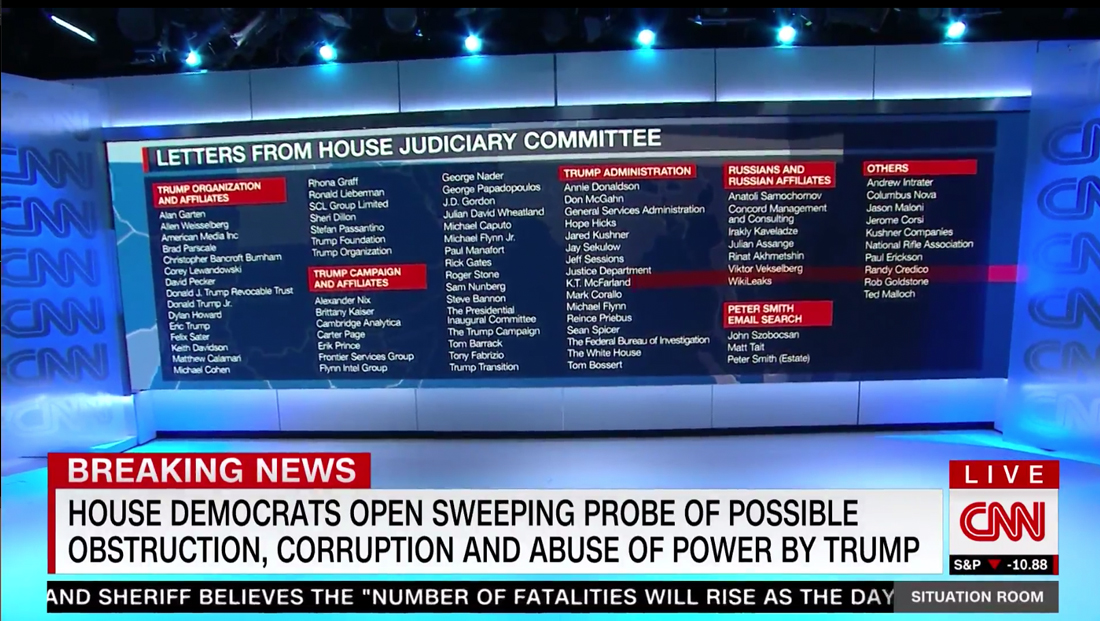 After news that the U.S. House Committee on the Judiciary has requested details and documents from 81 individuals and organizations to potentially use to investigate the possibility of links to corruption and abuse of power by Donald Trump, TV broadcasts showcased that large list in numerous ways.

During March 4, 2019’s “The Situation Room,” CNN showcased all 81 names and organizations in a six column video wall graphic, grouped roughly by affiliation. 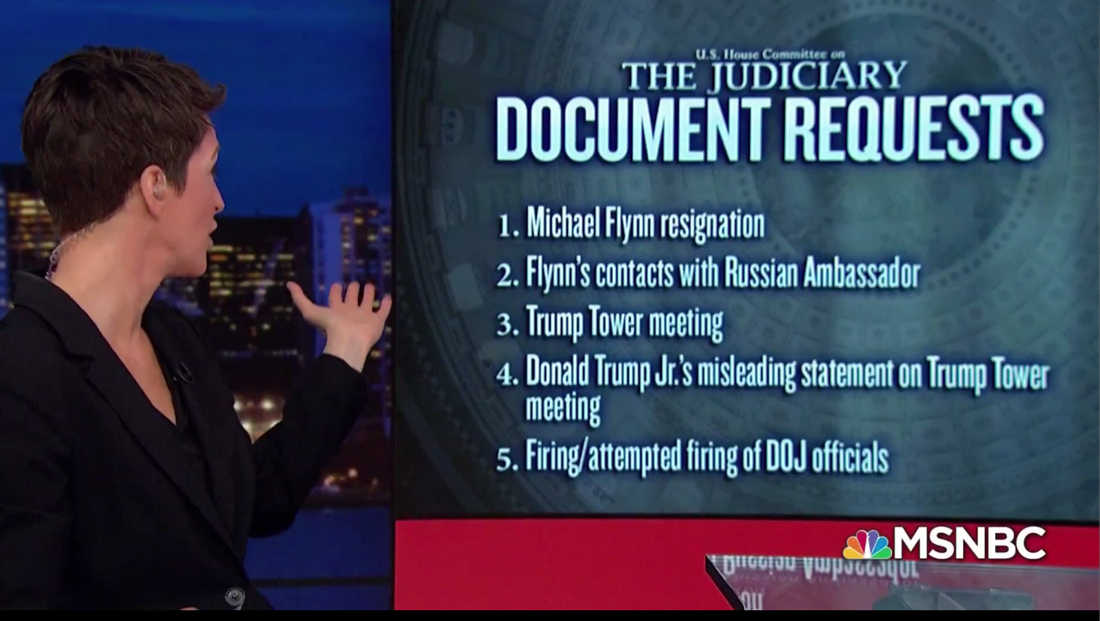 On MSNBC’s ‘The Rachel Maddow Show,’ Maddow, who became known for her massive video wall lists, chose to break up the list with about five per graphic on the video wall behind Maddow. 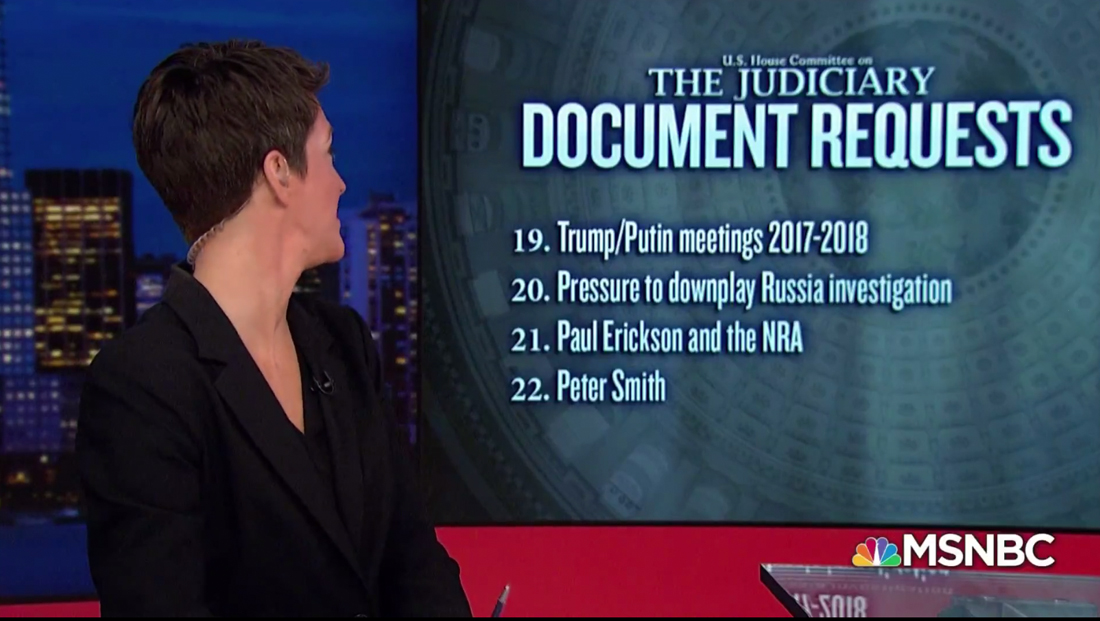 All told, Maddow showcased 22 total items that ‘grouped’ many of the individuals and entities and essentially covered most of the 81 individual items on the list. 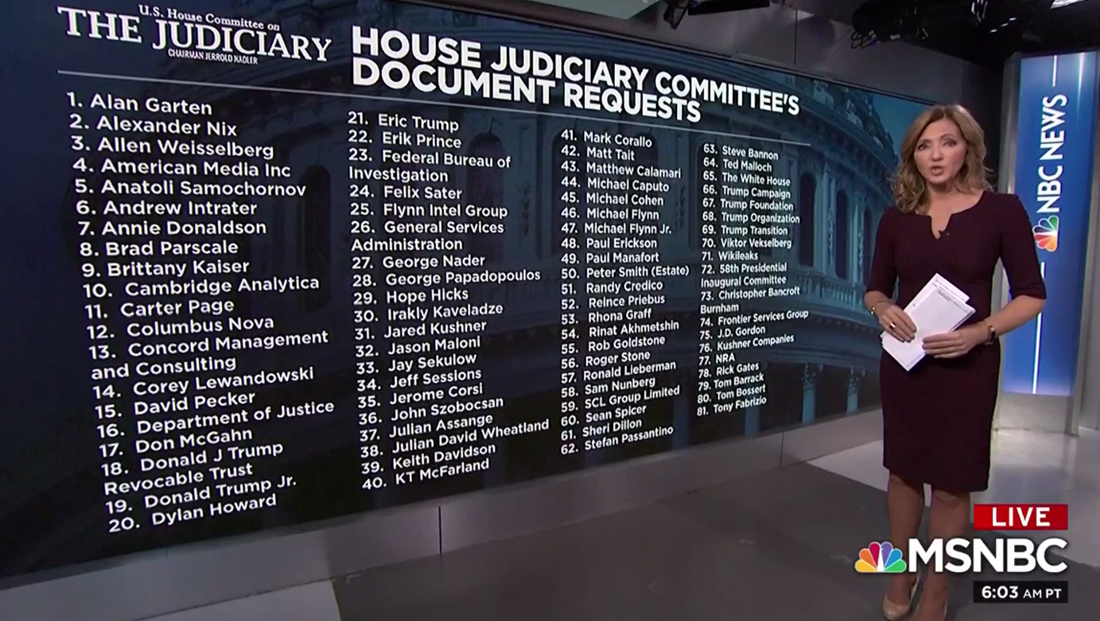 Earlier in the day, Chris Jansing, in for Stephane Ruhle, stood next to a four-column list of all 81 entities in Studio 4E’s video wall. 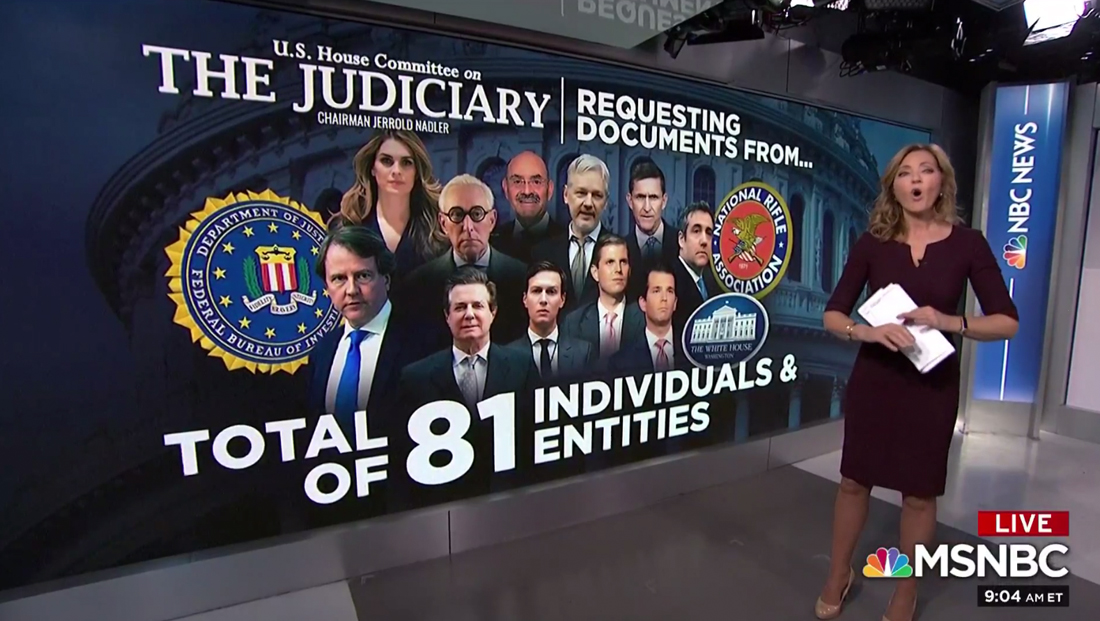 After that, a ‘summary’ graphic of sorts appeared behind Jansing, summarizing the list select photos and seals shown on the video wall. 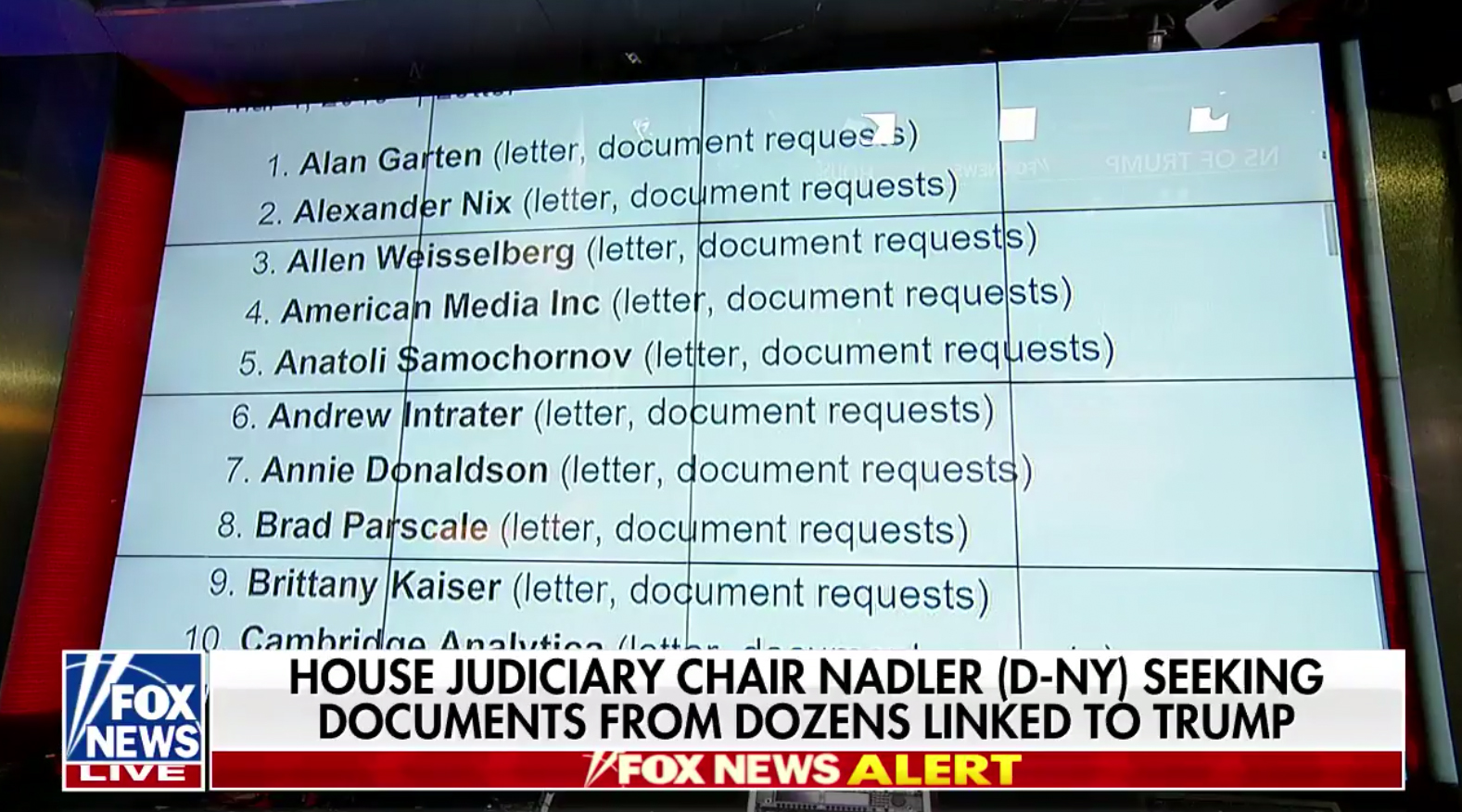 Fox’s cable channel that airs ‘Outnumbered‘ showcased the list on one of Studio F’s video walls — in a simple scrolling format. 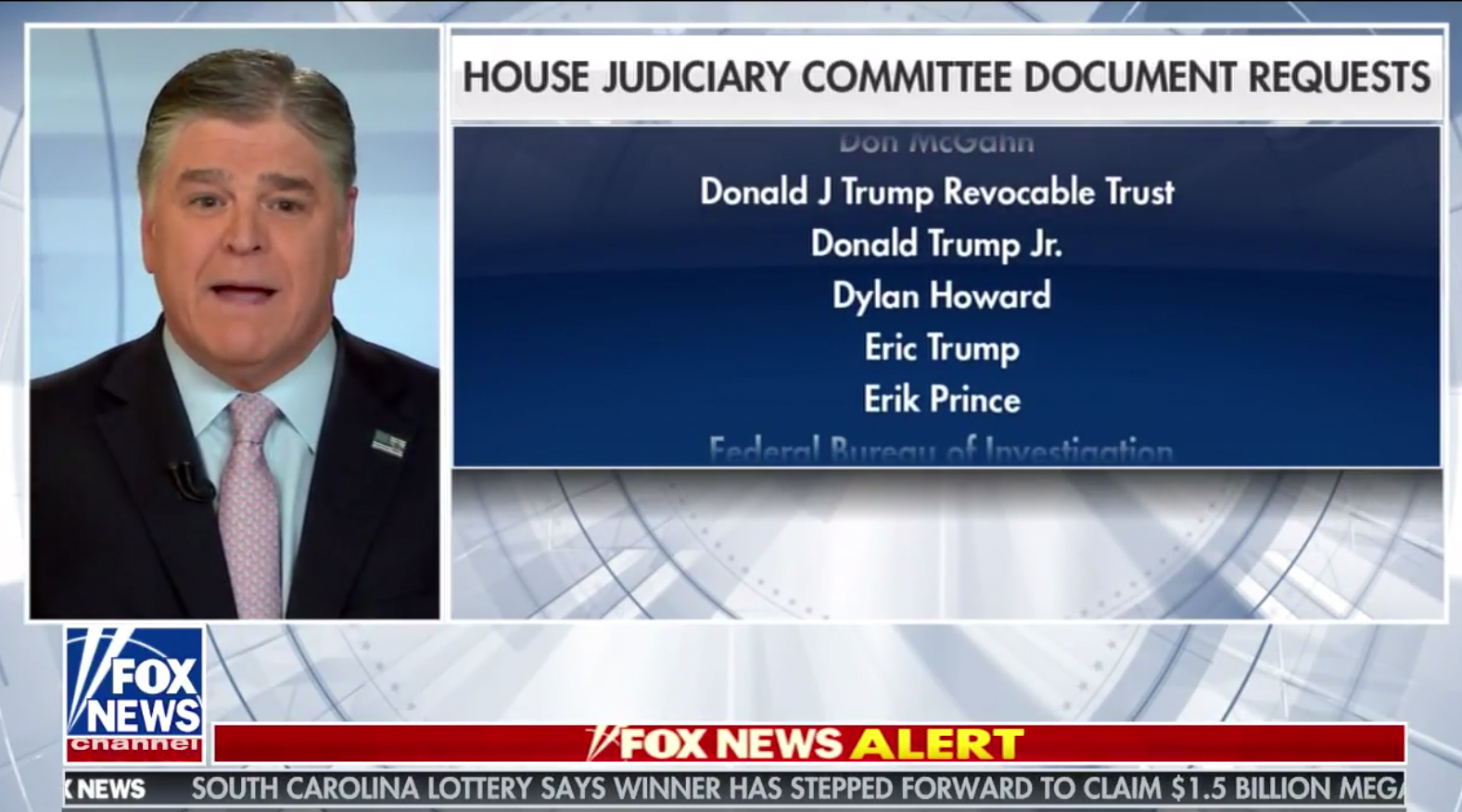 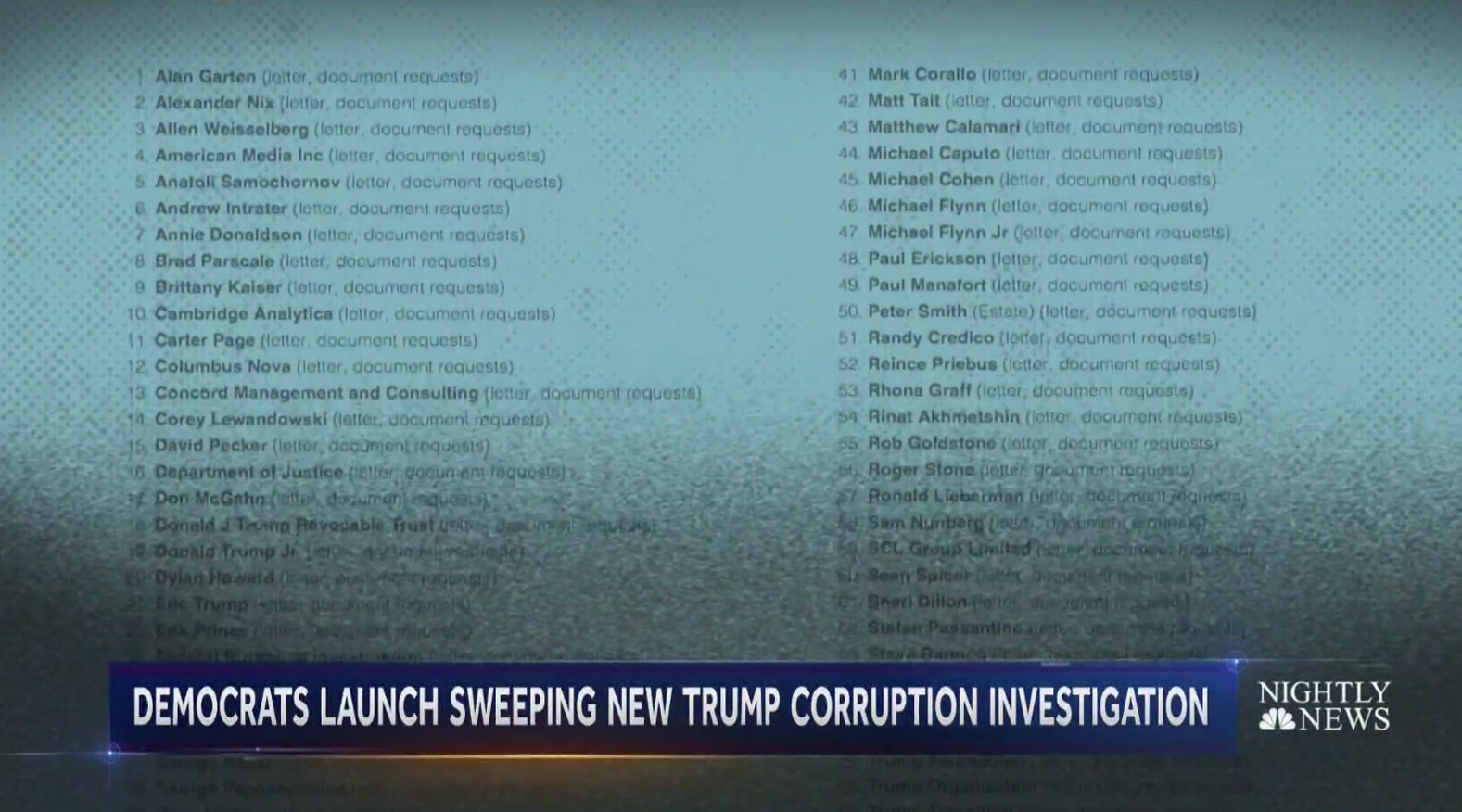 ‘NBC Nightly News‘ scrolled a two column view of the list against a textured background. 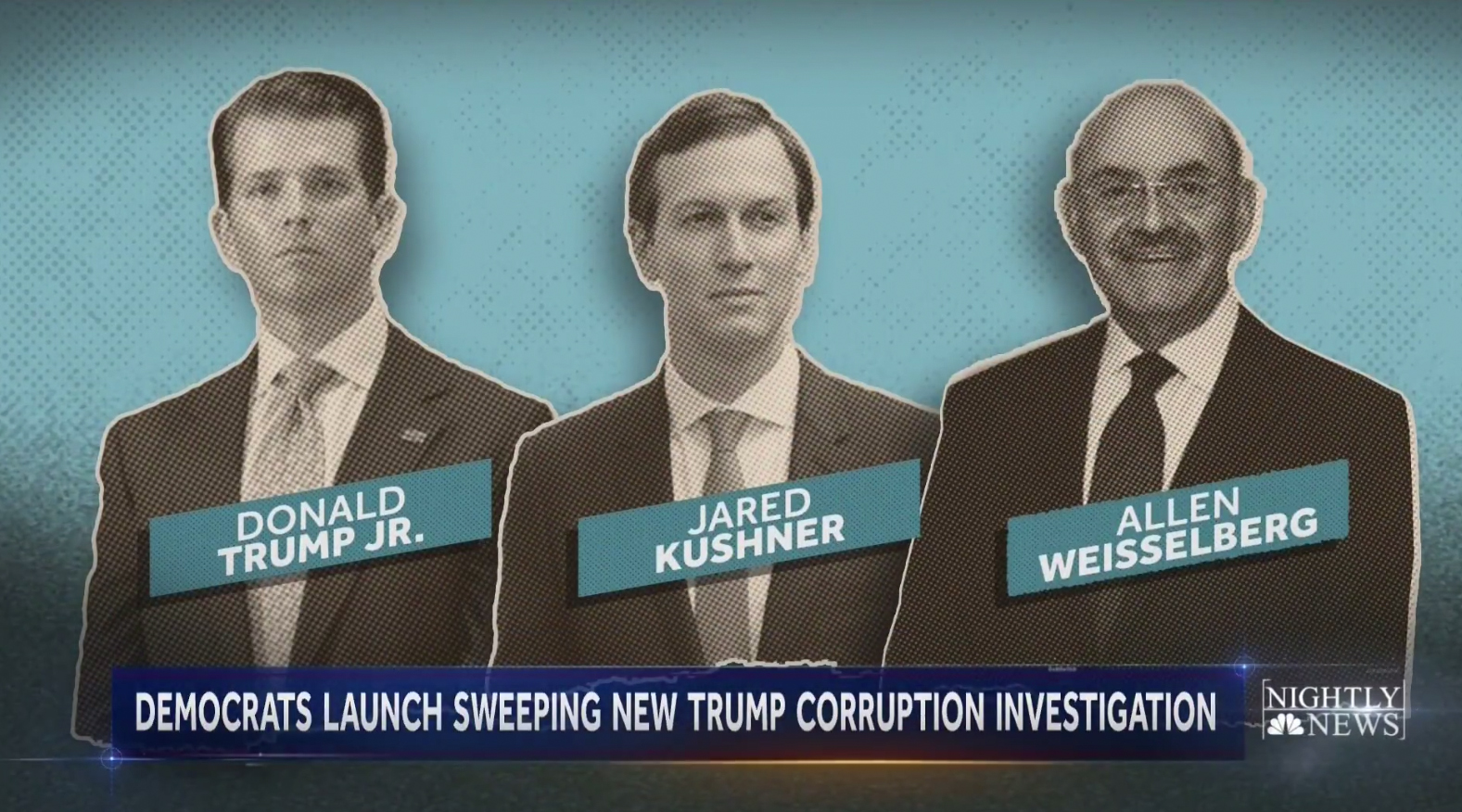 The broadcast then showcased three cut-out photos of some of the key names on the list — with a ‘pop dots’ effect applied and the names appearing in turquoise polygons. 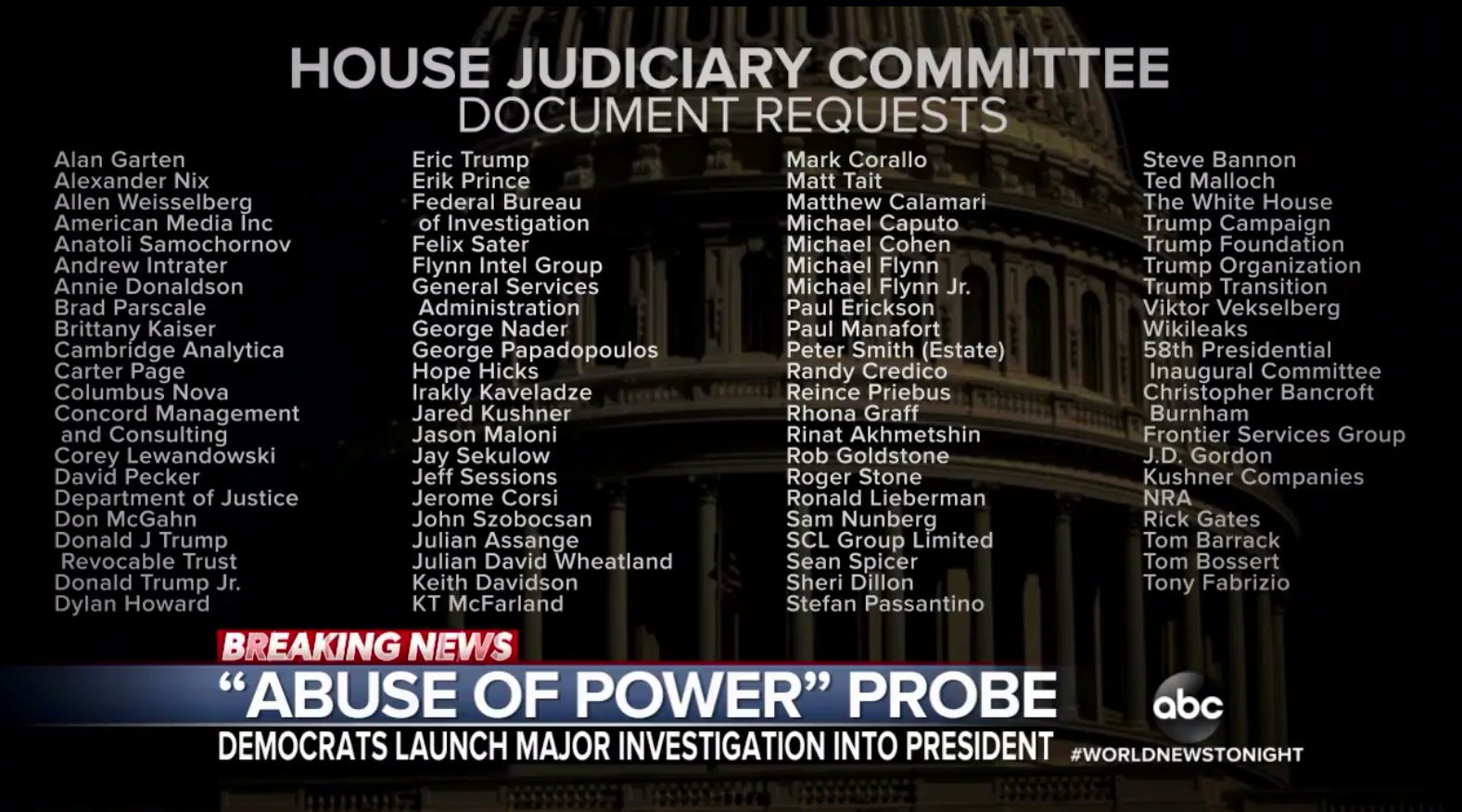 For once the text-heavy look that ‘ABC World News Tonight‘ tends to use made sense — it too displayed all 81 items in four columns on a fullscreen graphic. This was followed by select photos as well. 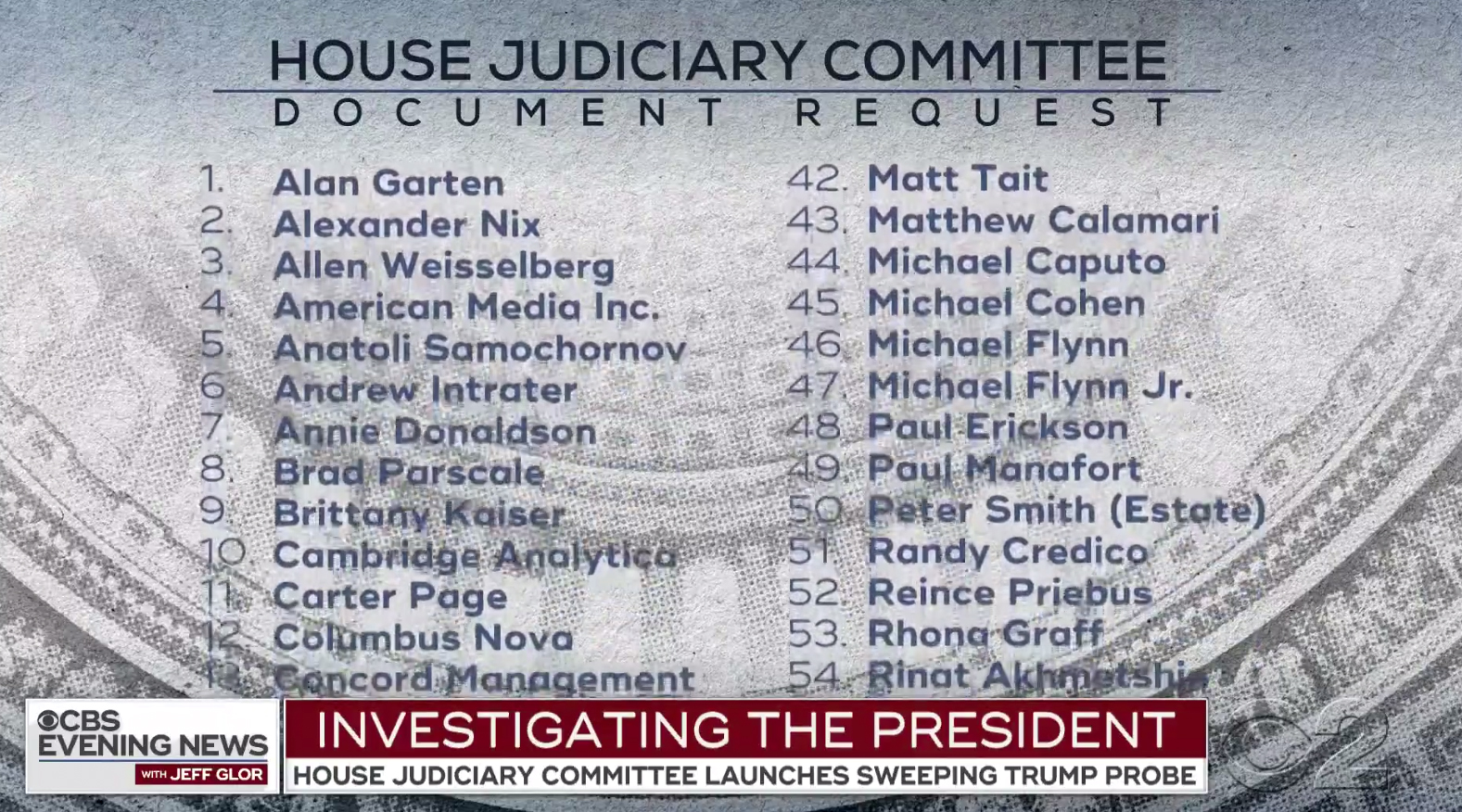 ‘CBS Evening News‘ scrolled the list in two columns against a rough, duotone textured image of the Capitol rotunda.