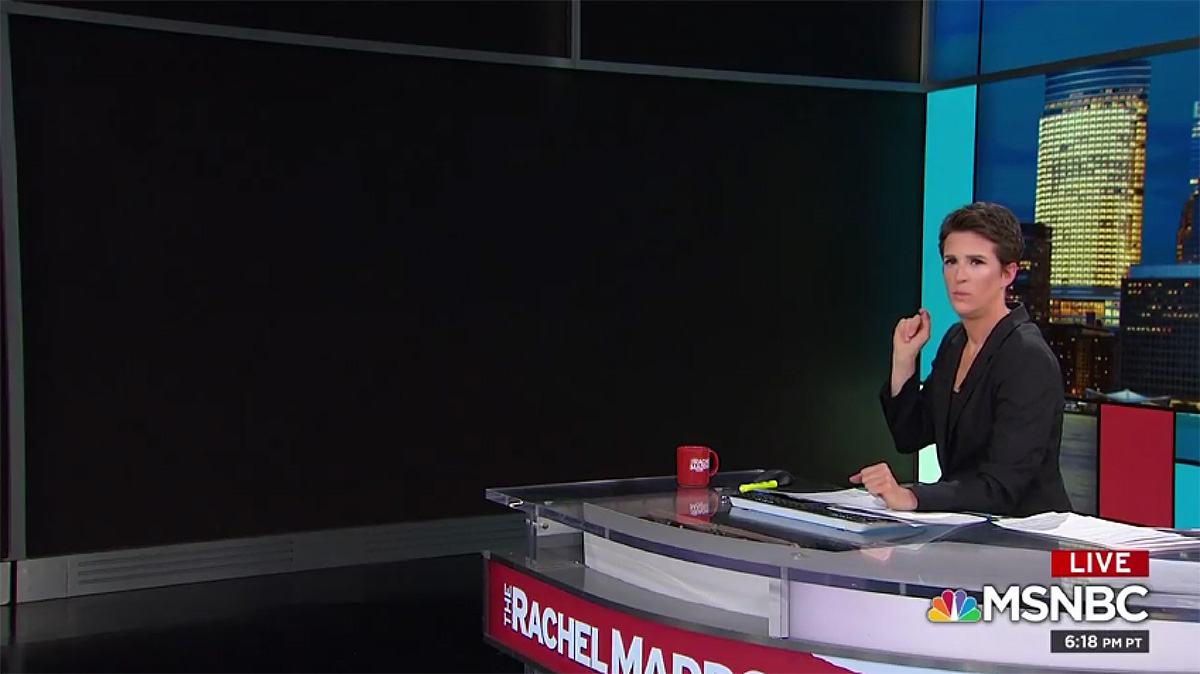 While the “Trump Administration Departures” board has been an ever growing part of “The Rachel Maddow Show” on MSNBC, tonight, the board had a bit of a hiccup.

Maddow brushed off the momentary failure, noting the control room was telling her they also had no idea what had happened.

The “Departures” board continues to grow as the staff changes in the White House, with Maddow even joking on the March 6 edition of her show that she’d need a larger, octagon shaped studio to review the growing list on-air.