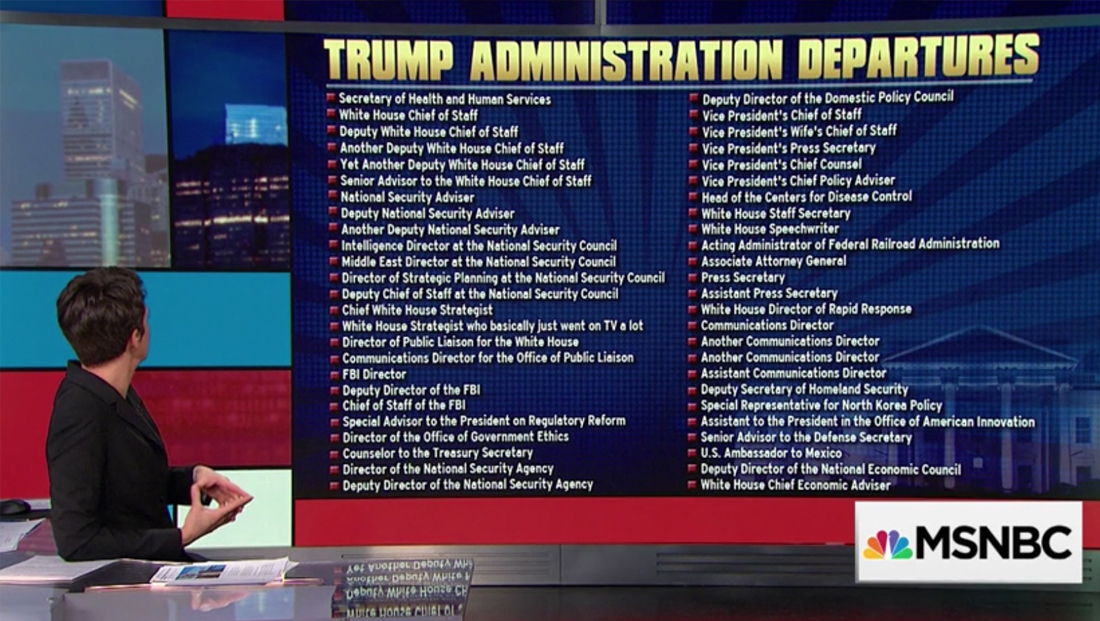 MSNBC’s Rachel Maddow has found that even the oversized video walls in the network’s Studio 3A aren’t quite big enough to fit her running “departure board” of Trump administration departures — a that list grew again after Rex Tillerson’s firing.

During a segment Tuesday, March 6, 2018, Maddow made, by her own admission, a rather awkward camera turn from the show’s normal tighter OTS framing to a wide shot with the 50 or so titles of high profile administration officials who have either quit, resigned or otherwise departed under Donald Trump.

Despite the advantage of having a huge span of LED on which to display the information — as well as allowing for an extreme wide shot, the text still needed to be scrunched down to fit.

Maddow noted, after taking about two minutes to run down the titles of those who left, that she may need to “start broadcasting in an octagon so I can just keep turning to different walls.”