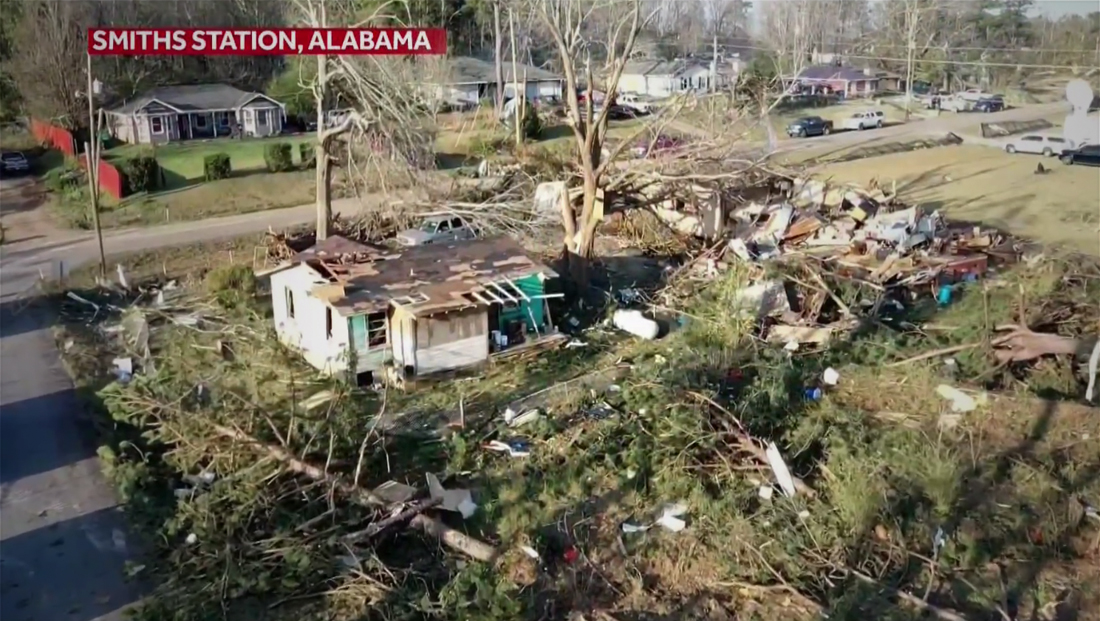 Fresh off a trip to Vietnam for Donald Trump’s aborted summit with North Korea dictator Kim Jong-un, the network anchors were dispatched to Alabama in the wake of multiple deadly tornado outbreaks. 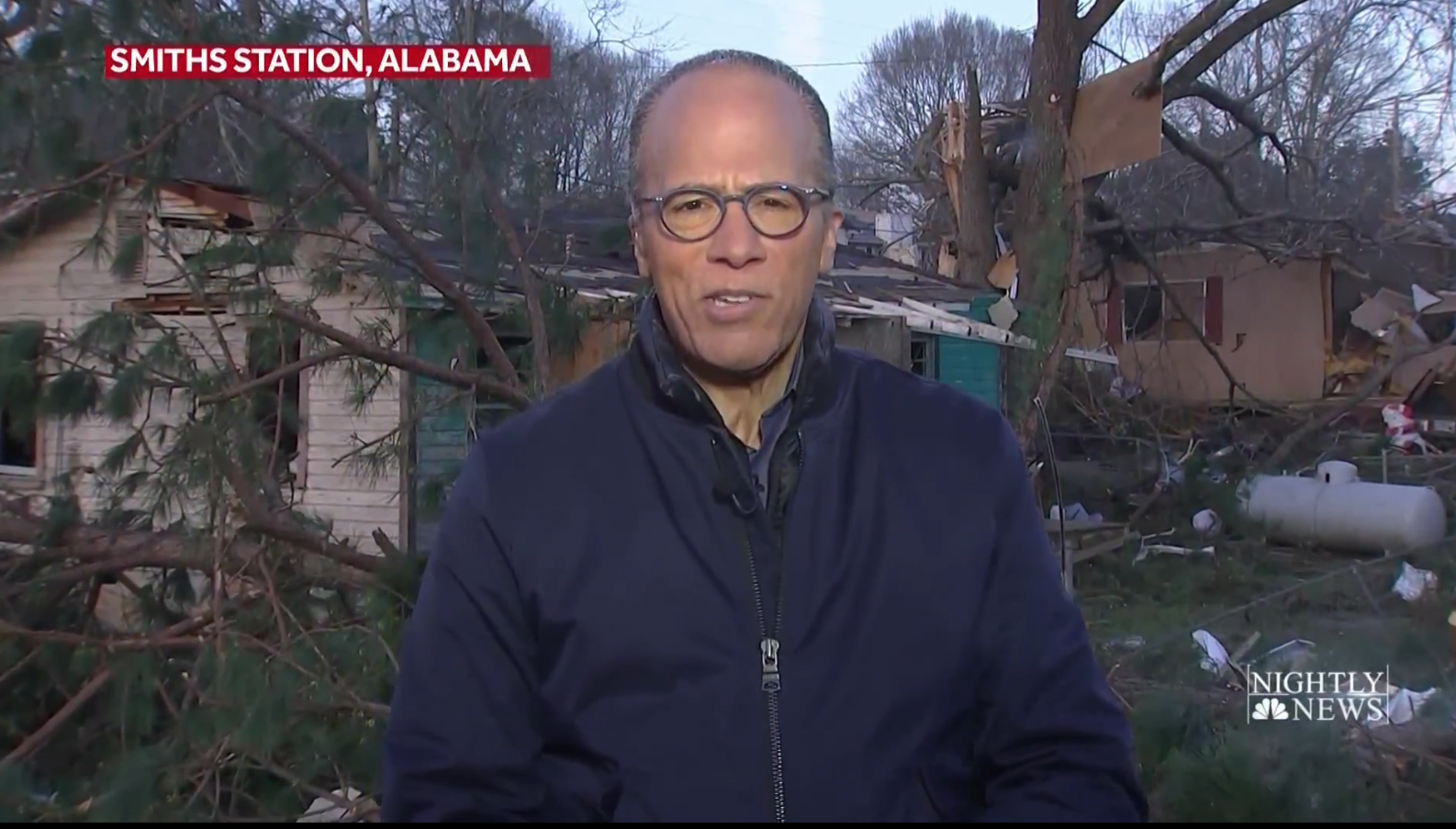 “NBC Nightly News” anchor Lester Holt broadcast from Smiths Station, Alabama, unlike the CBS and ABC anchor teams — who opted to set up base in Beauregard, Alabama, some 20 miles away.

Holt was set up in a destroyed neighborhood, showing homes ripped apart and a large splintered tree with a piece of material that appeared to have been pierced by one the tree branches.

NBC, like both other networks, both relied heavily on drones to capture aerial views of the path of devastation the storm tore through the region. 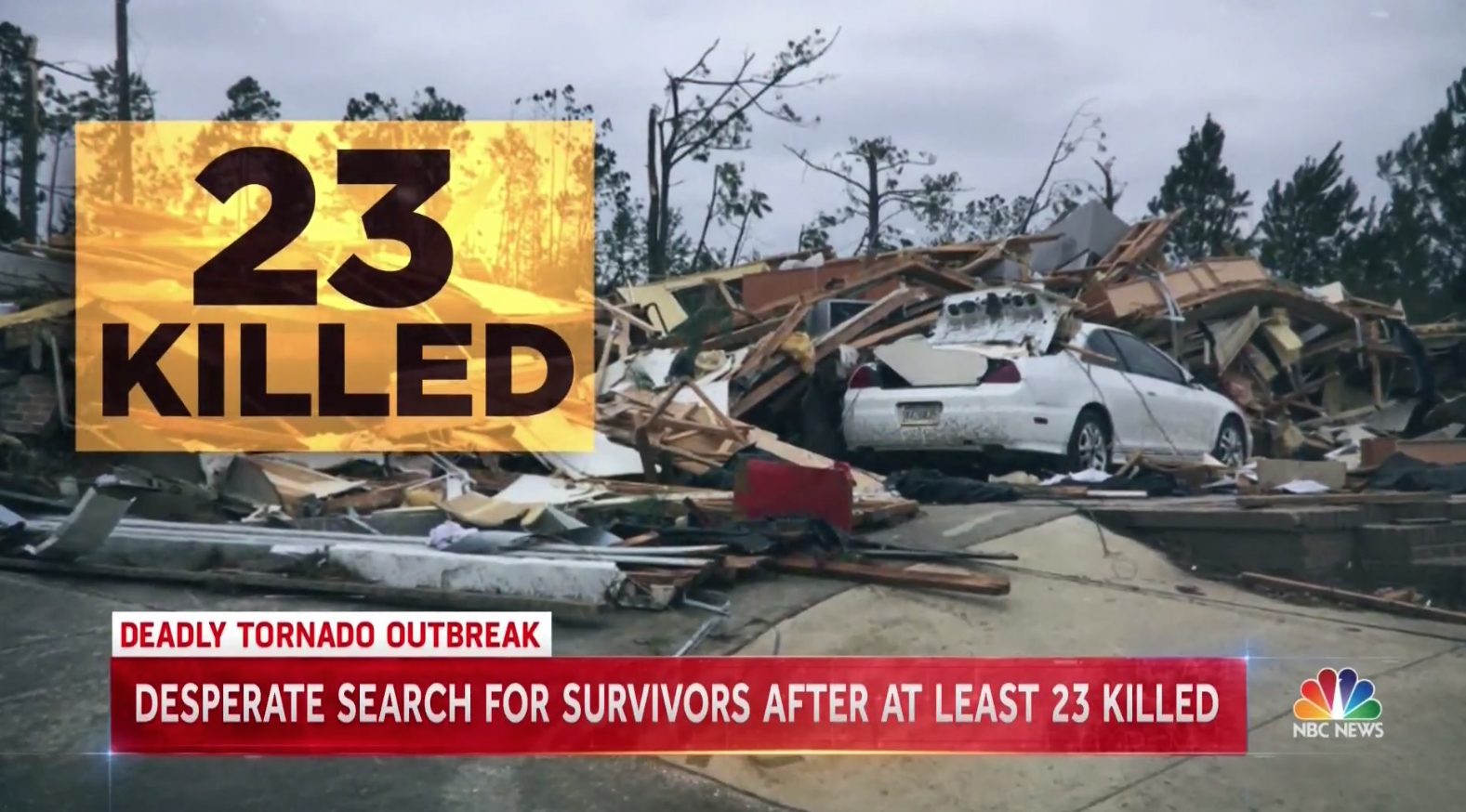 The network used the bright red iteration of its lower thirds, which were used in hurricane coverage previously, along with a added “Deadly Tornado Outbreak” tier. 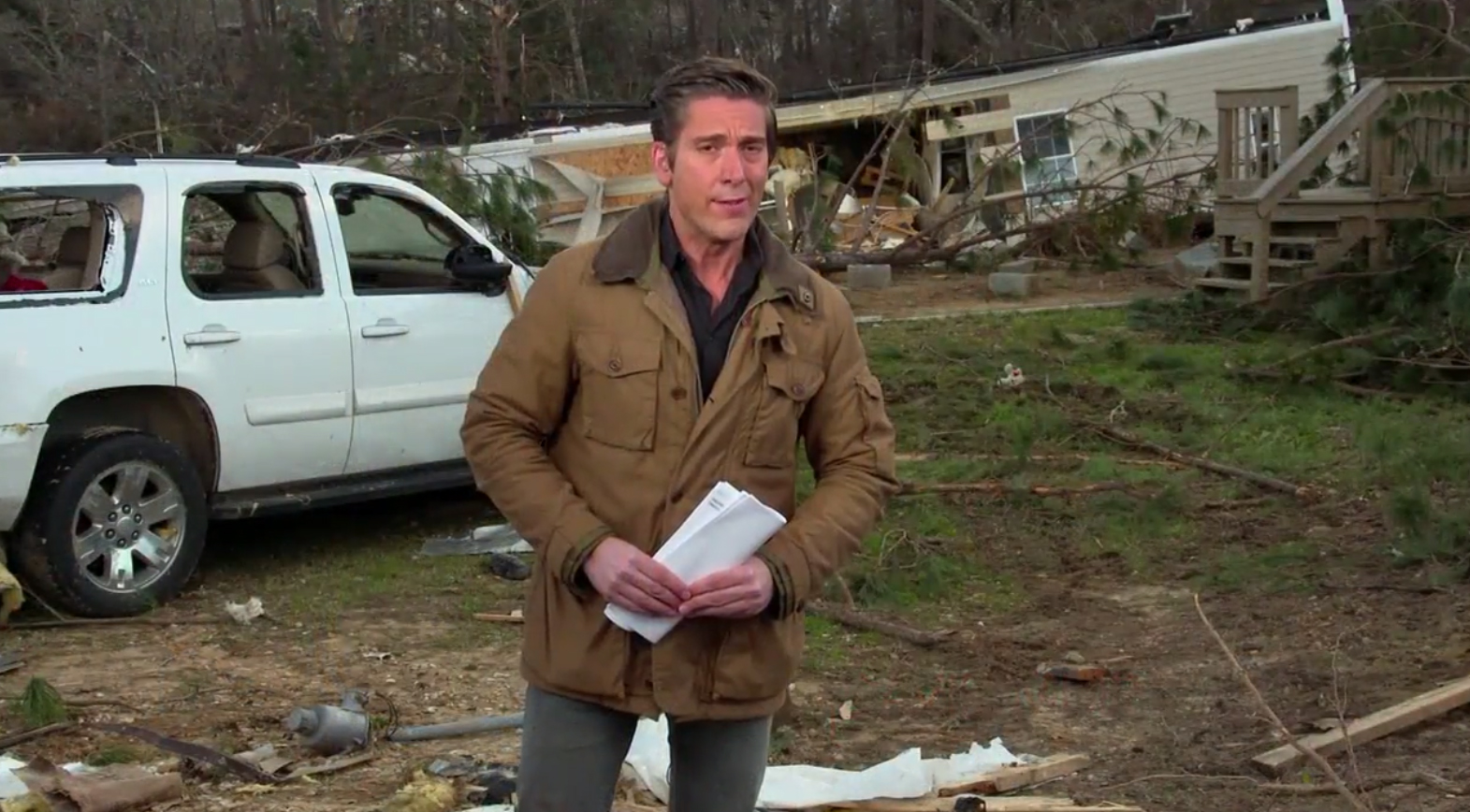 David Muir anchored “ABC World News Tonight” from Beauregard, standing in front of what appears to be a destroyed mobile home and white vehicle. 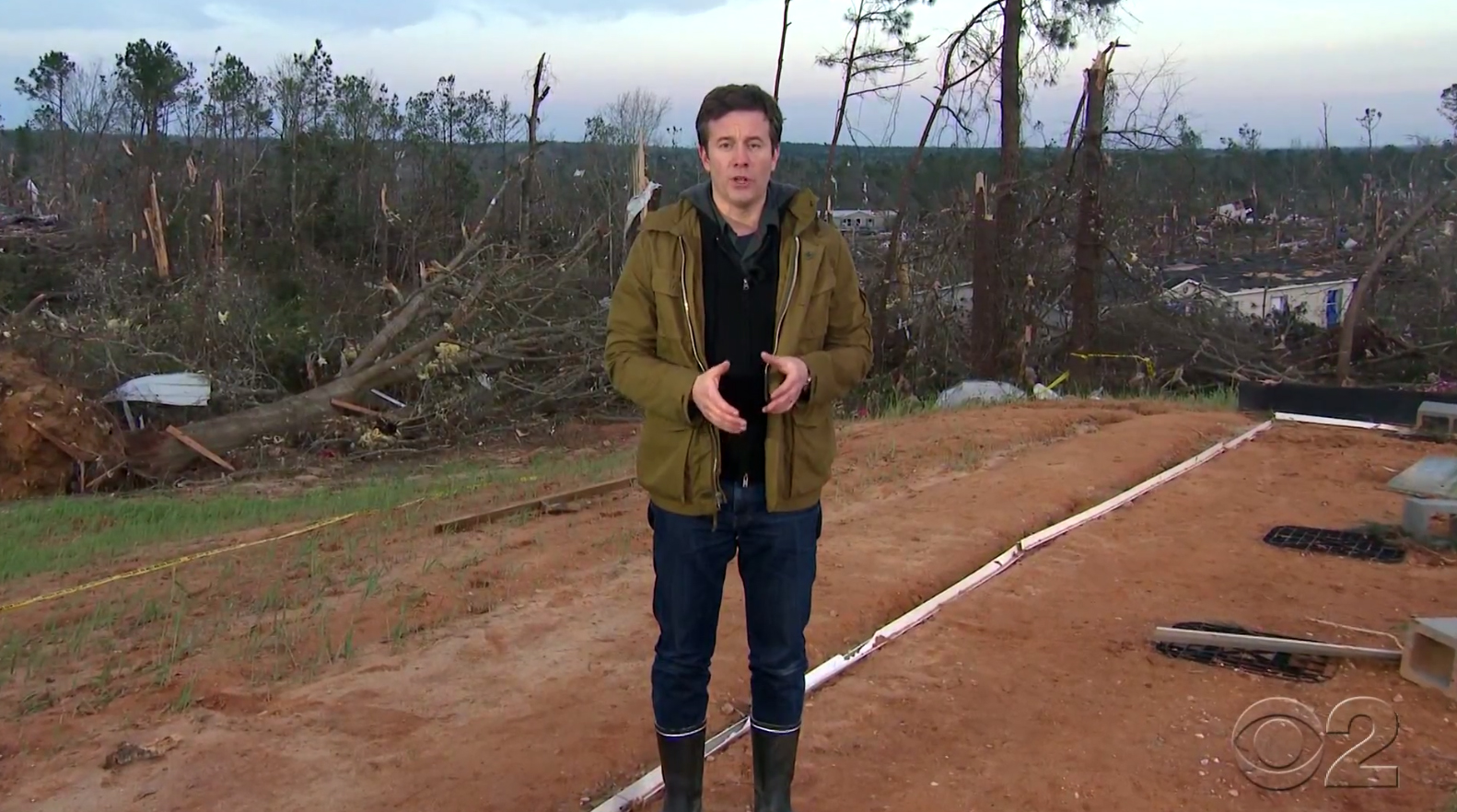 CBS’s setup was perhaps the most visually striking — “CBS Evening News” anchor Jeff Glor was standing on what appeared to be a relatively flat piece of land, pointing out he was actually standing on the exact footprint where a home was before the storm hit.

The relatively clean and orderly piece of land he was standing on transitioned, almost without warning, into a background of mangled trees, debris and other destroyed structures.