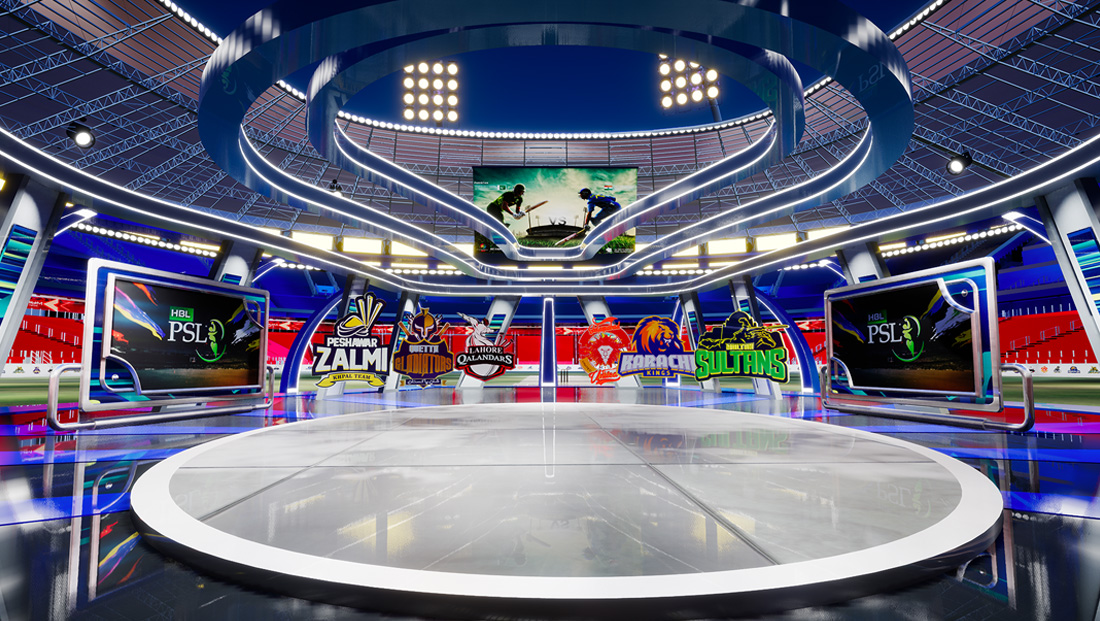 Hum News, an Urdu language network in Pakistan, rolled out another virtual set for its coverage of Pakistan Super League cricket matches. 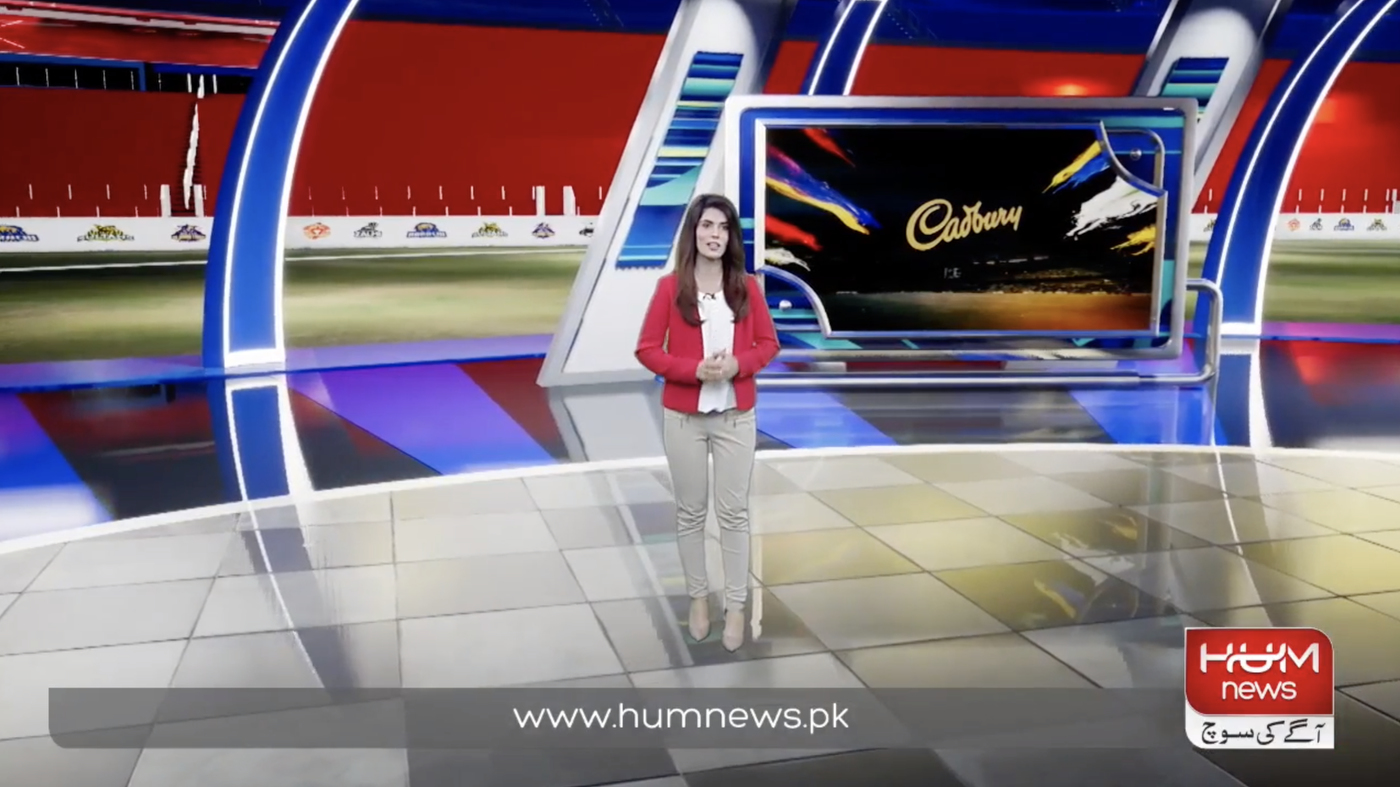 The stadium like virtual space includes curved pillars and multiple curving ribbons in the header. Through out the design multiple “video walls” can be fed with branded or topical graphics.

Talent typically stands on a large, raised circular platform in the middle that reflects elements of the 3D model that surround it.

Oversized floating logos of teams can also be inserted into the virtual space with bright white bursts used to avoid having them appear out of nowhere.

The set was originally developed for use during a “Game Plan” show that previewed the upcoming season — and will return for in-studio coverage of the matches once games begin.

The entire virtual space, which is powered by Ross Video Frontier and Unreal Engine, is wrapped with bright red seating with a white “barrier” between the “field” and seating that also features team logos.

The set, designed by Faraz Qayyum, literally extends into the rafters — with virtual metal support beams found above the header ribbons reaching upward to allow the “sky” to show through along with large stadium lighting fixtures.

The network previously used a virtual set to celebrate the New Year.