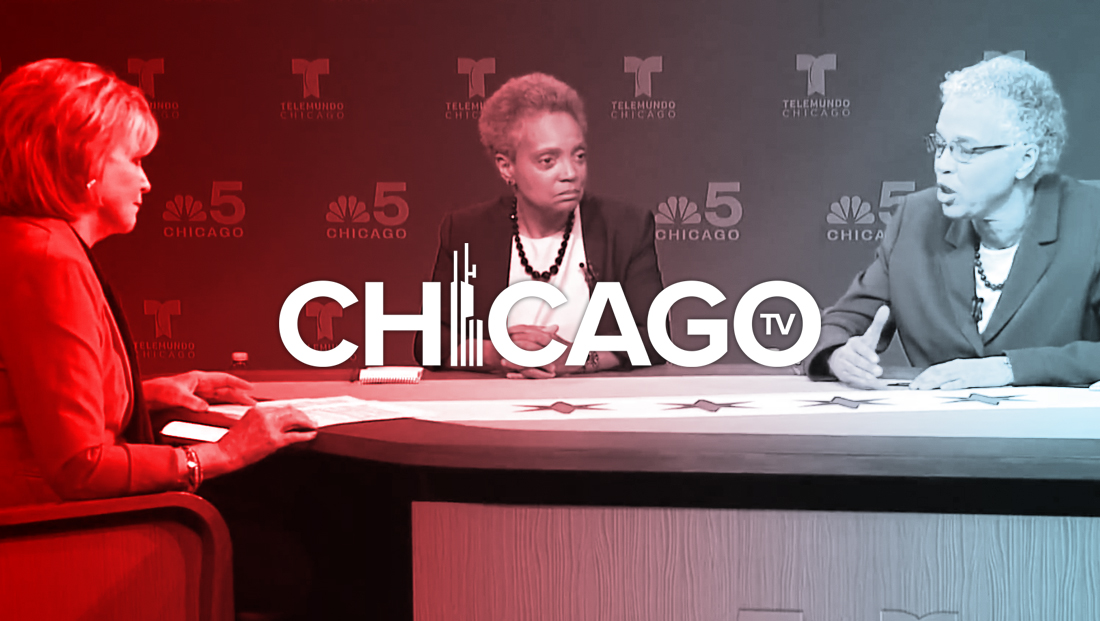 Chicago’s NBC O&O hosted a forum for the two runoff candidates in the race to become the next mayor of the city. 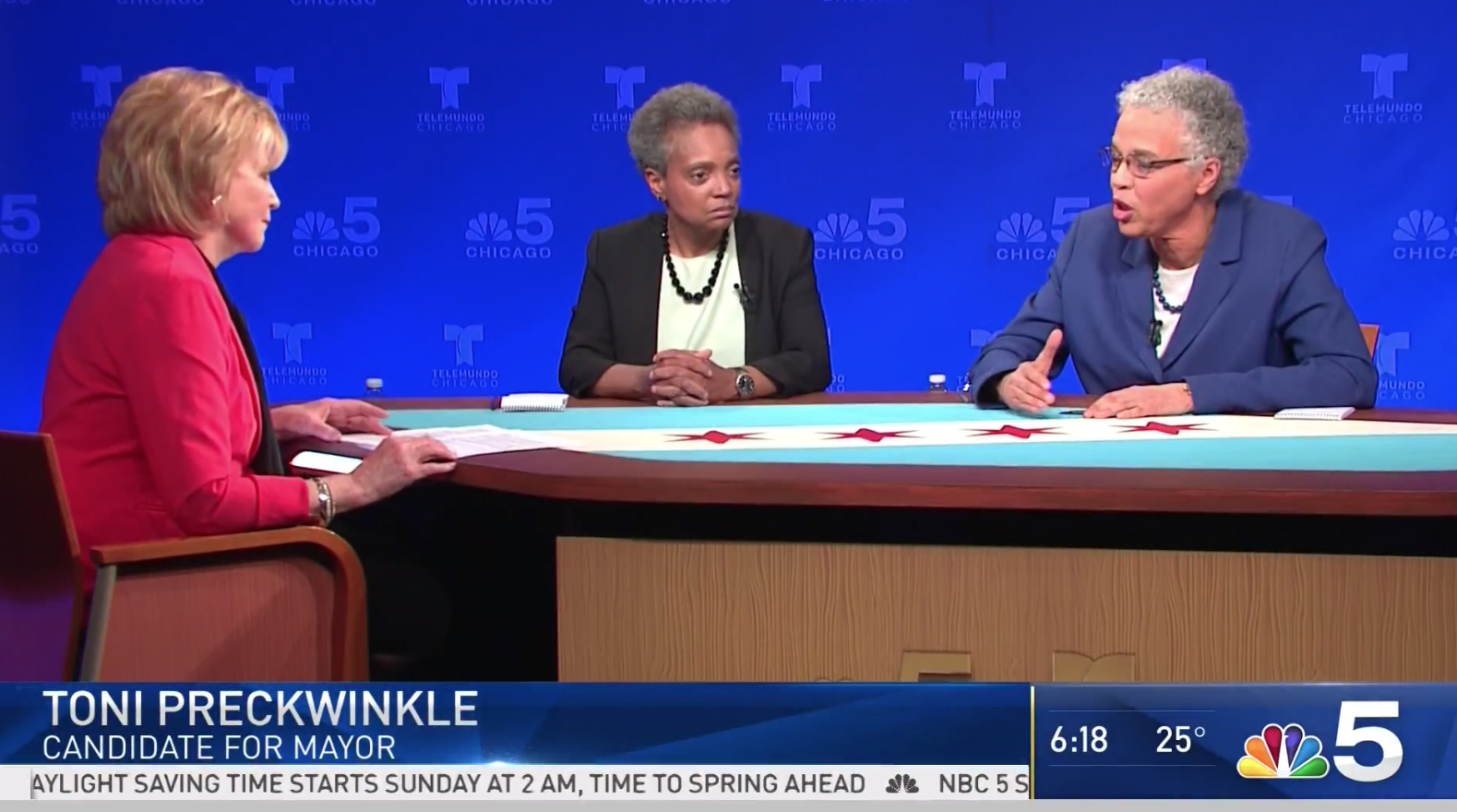 Lorie Lightfoot and Toni Preckwinkle squared off in an hour-long forum at WMAQ’s studios Thursday, March 8, 2019.

Carol Marin moderated the event, which took place in front of a simple blue “step and repeat”-style background with the NBC 5 Chicago and Telemundo Chicago logos.

Marin and the candidates sat around a table with the Chicago flag on its surface and the stations’ two logos on the front of it.

The station naturally covered the forum on both its Thursday evening and Friday morning newscasts with a “First Mayoral Forum” title under the “Decision 2019” branding.

Lightfoot and Preckwinkle were the two top finishers of the mayoral election held in February. According to city law, since neither candidate got 50 percent of the vote, which wasn’t surprisingly given the crowded field of candidates, the pair must now face a runoff election in April.

Prior to February’s election, Fox 32 Chicago hosted two forums with select candidates — one in studio and one from a remote location.