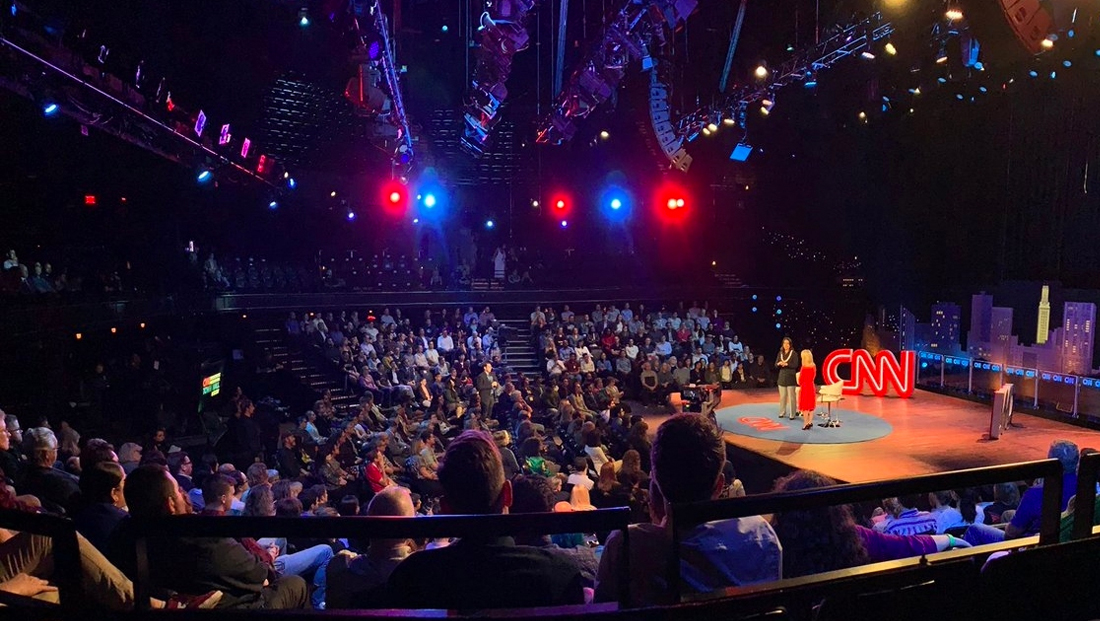 CNN’s Democratic presidential candidate  at SXSW placed the network’s talent and White House hopefuls directly in front of an audience of Texas voters and the movers and shakers in digital media, music and film.

The three forums, which took place at Austin City Limits at Moody Theater, used cutout buildings to form a city skyline background SXSW has used at that venue for several years.

CNN did bring it is own frosted glass railing, chairs as well as a blocky, oversized iteration of the network’s trademark red logo. A large circular gray carpet with the logo was also used.