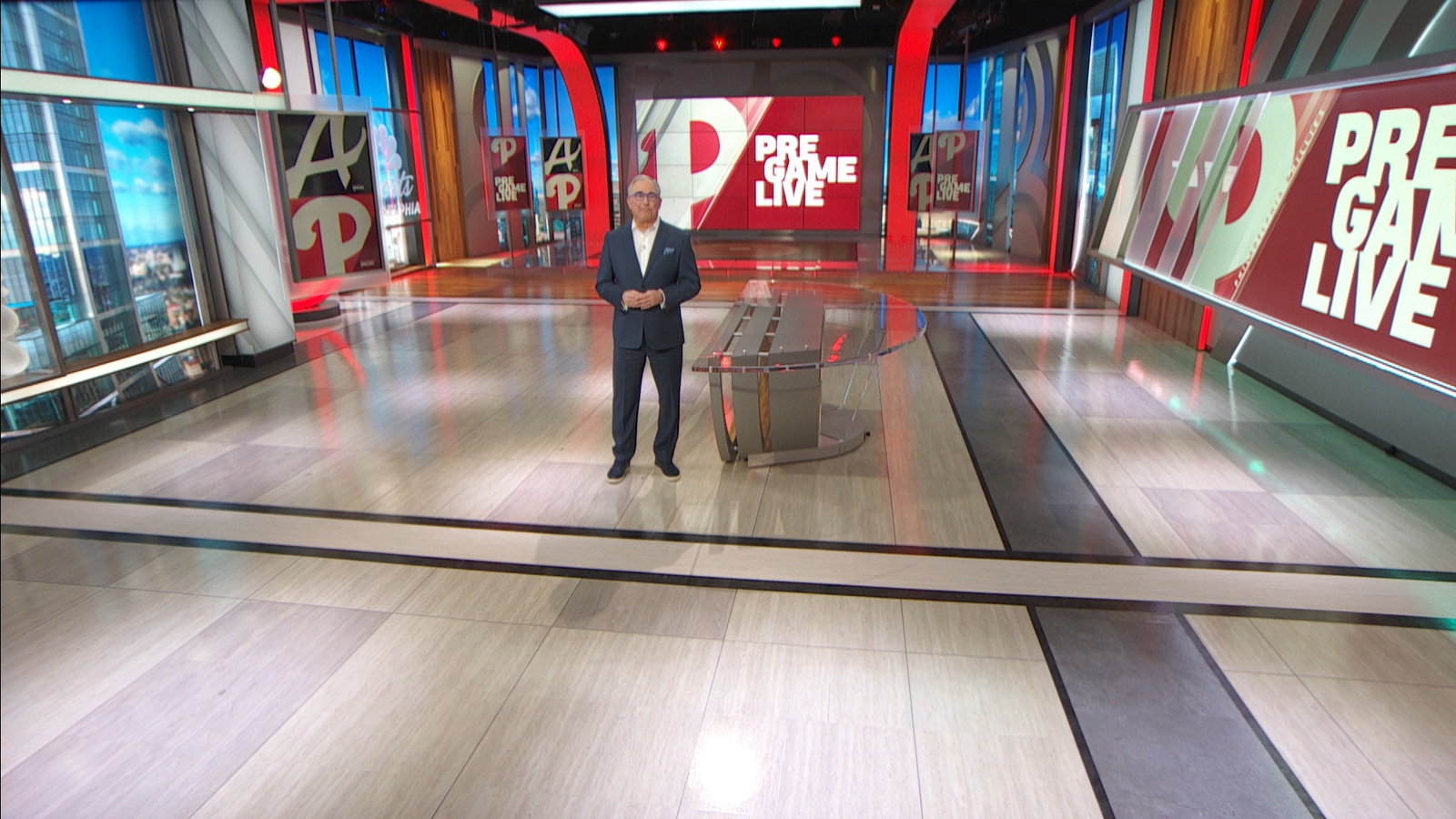 The set, which is located inside the Wells Fargo Center in Philadelphia, includes a variety of standup positions and desk locations allowing movement and flexibility for the network’s variety of programming.

Jack Morton Worldwide created the design for NBC Sports Group, which will be translated into the studios of other RSNs down the road. Fabrication for the project was provided by blackwalnut with lighting by The Lighting Design Group.

“Our new studios feature the latest in interactive technology, which will allow our hosts, analysts and insiders to engage with each other and Philly sports fans like never before,” said NBC Sports Philadelphia president Brian Monihan. “This allows us to showcase our content in new and innovative ways that allows us to drive our business forward, while also doubling down on our commitment to the fans we serve.” 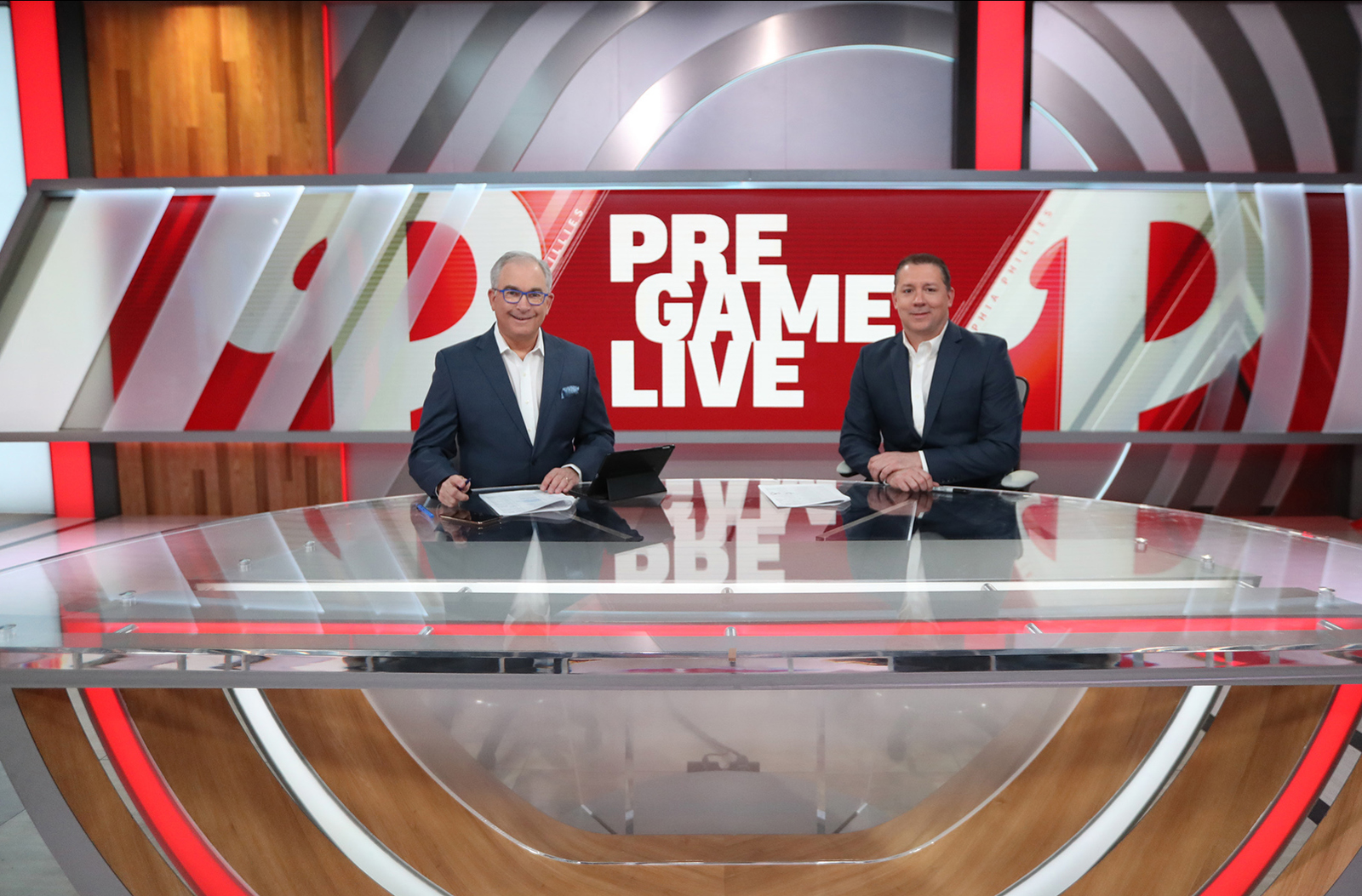 The design includes a 23 foot LED wall behind the main anchor area running the length of the space with LED panels provided by Leyard and installed by NBC Sports with support from GGI. 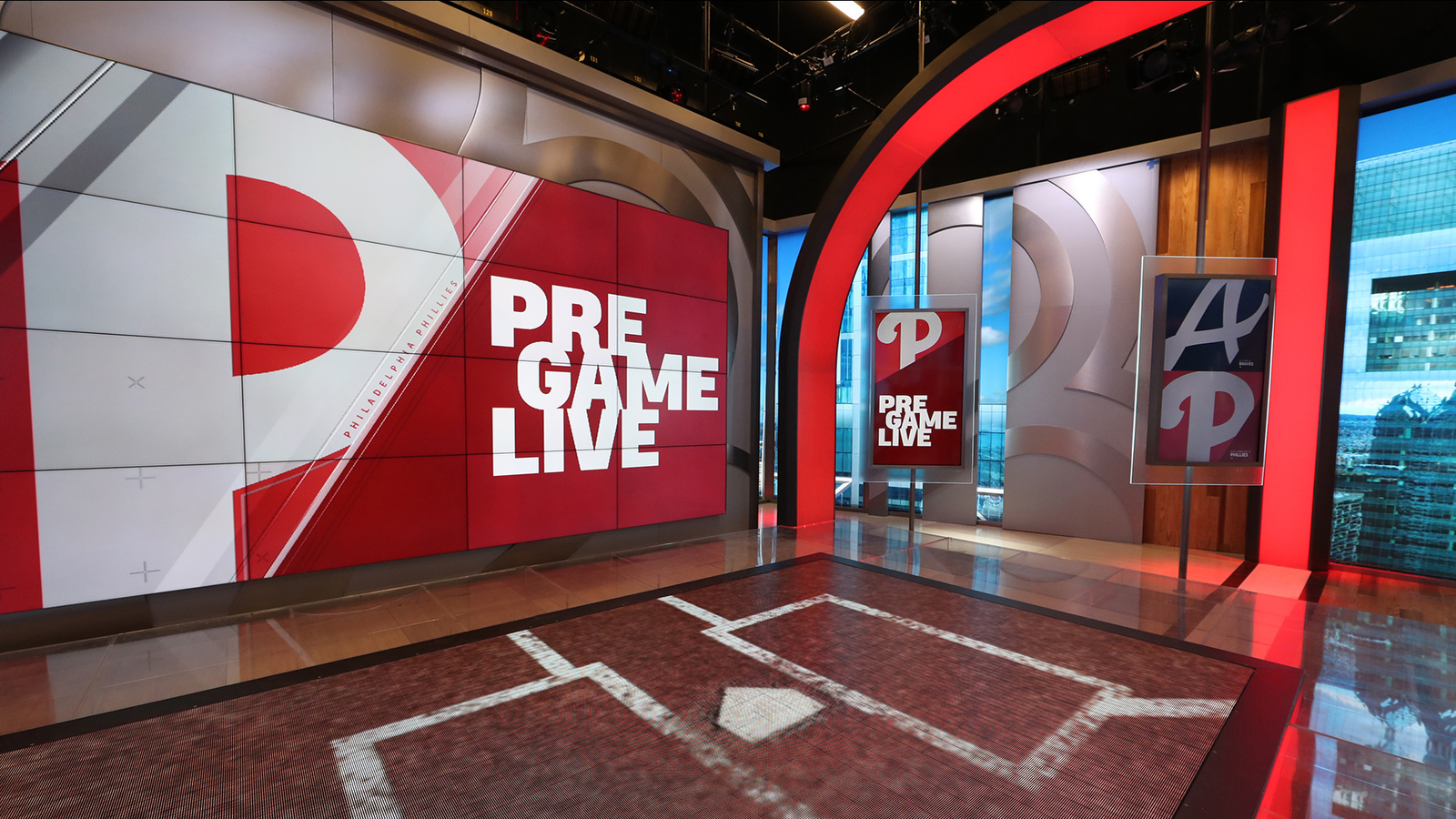 One of the unique areas of the scenic design is the demonstration space which includes a 15×8 LED floor for immersive and interactive analysis.

A secondary production space will debut later this year for the network.