On the day after, morning shows kick off with more Mueller Report coverage 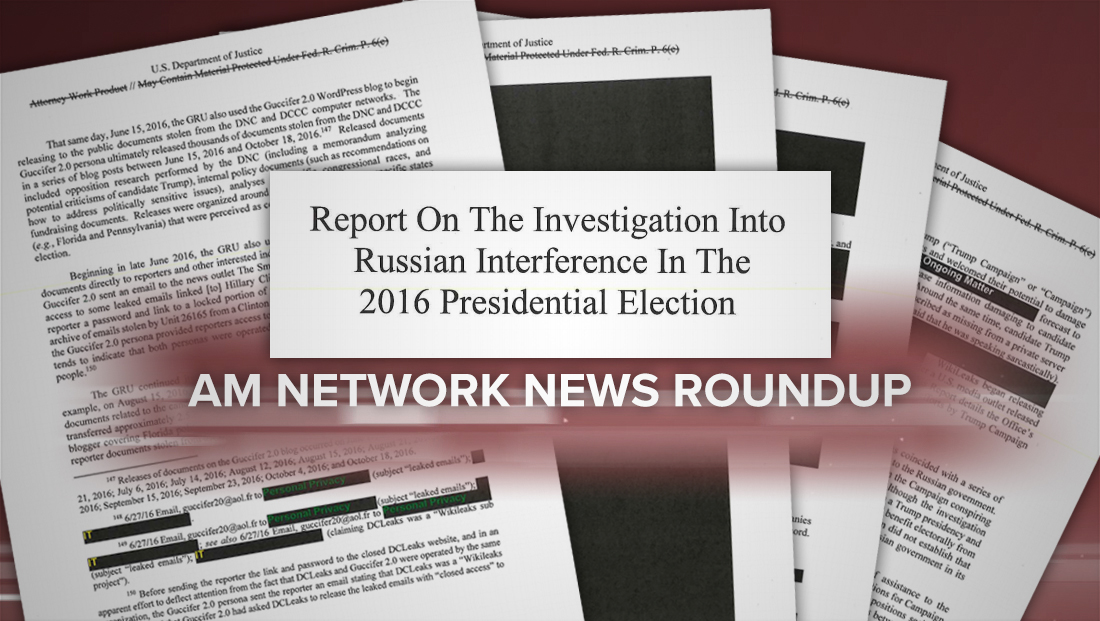 After extended coverage of the Mueller Report on Thursday night’s broadcasts, the release of the redacted report continued to be the top story on the network’s morning news programs.

Since the networks had even more time to analyze the report, the morning shows focused on emphasizing key takeaways from the report, but still relied heavily on fullscreen animated graphics to spotlight excerpts from it as well as other storytelling elements.

“CBS This Morning” lead with the story after its normal “EyeOpener” segment.

“Good Morning America” also lead with a team coverage approach — showcasing its correspondents on the large video wall on the camera left side of the studio.

In addition, both CBS and ABC had White House press secretary Sarah Sanders on to address the report’s revelations that she provided statements that were not “based in fact” about the firing of former FBI director James Comey.