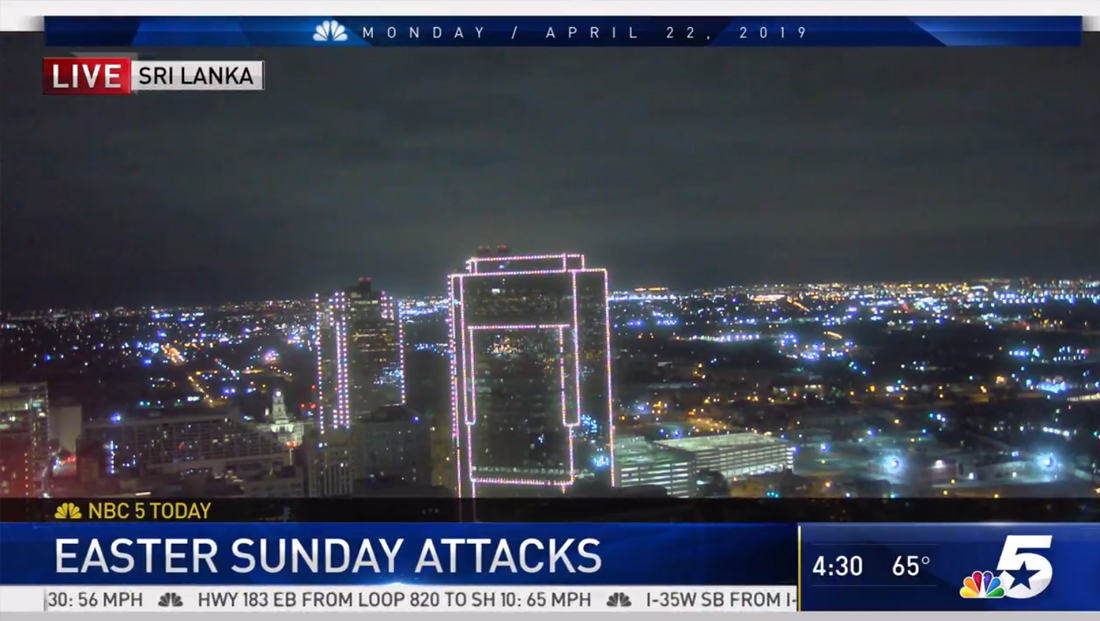 On its Monday, April 22, 2019 coverage of the church bombings in Sri Lanka, KXAS, the NBC O&O in Dallas and Ft. Worth, Texas, punched up a live shot  that was supposed to be from Asia.

Instead, it was just one of the station’s live camera positions in Ft. Worth.

The mistake showed up just as the 4:30 a.m. show kicked off. 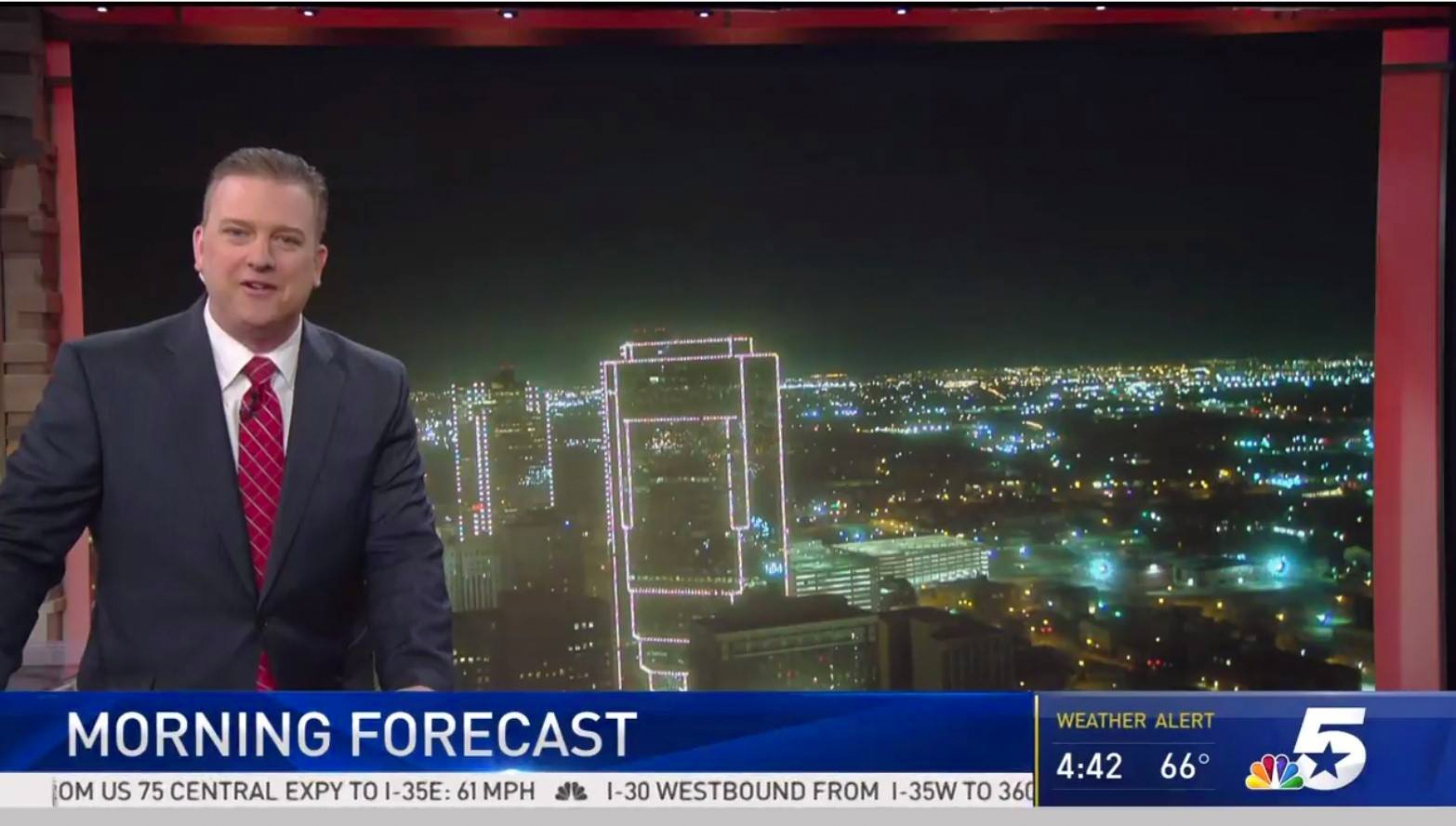 The next day, April 23, a similar shot was used and identified correctly as being of Ft. Worth. The large building with lighted edges in the center is the 777 Main Street tower.