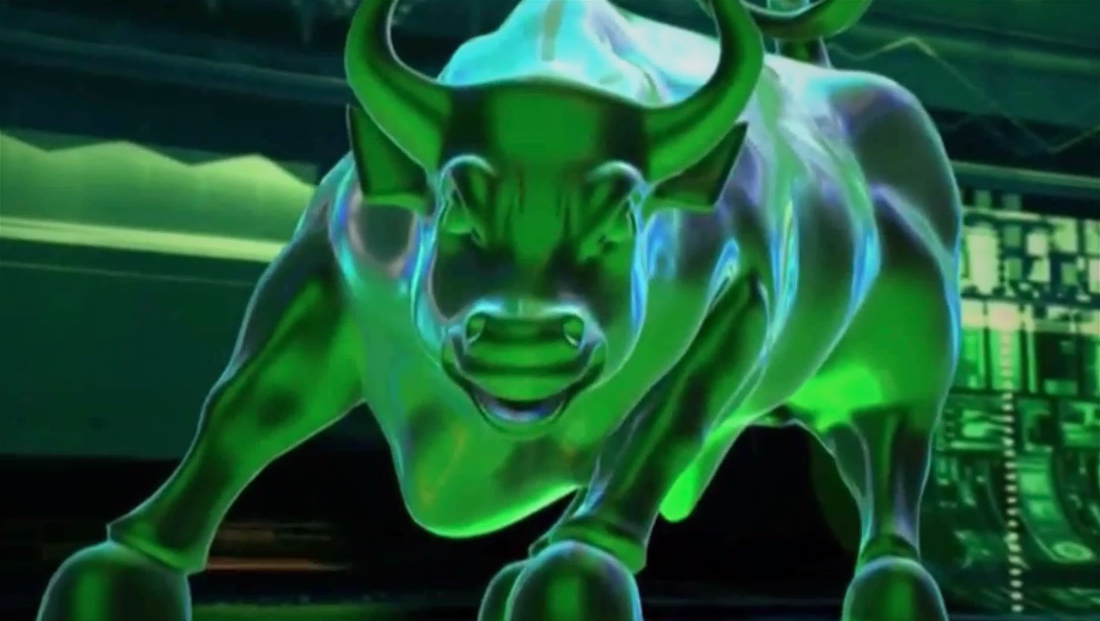 CNBC added an augmented reality bull as part of a “Market Rally” segment.

In the segment, which first aired during the network’s “Power Lunch” April 24, 2019, viewers first saw a 3D glasslike virtual bull set against a matching background.

At first, the entire view appeared to be virtually created, but as the camera pulled out, parts of the network’s set appeared as additional augmented reality “panels” popped up showing stock data on three key companies.

CNBC has its own in-house real-time graphics team and uses technology from Brainstorm Multimedia and Ncam to power its augmented reality.

This isn’t the first augmented reality elements the network has used.

The broadcast continues to use the look today.