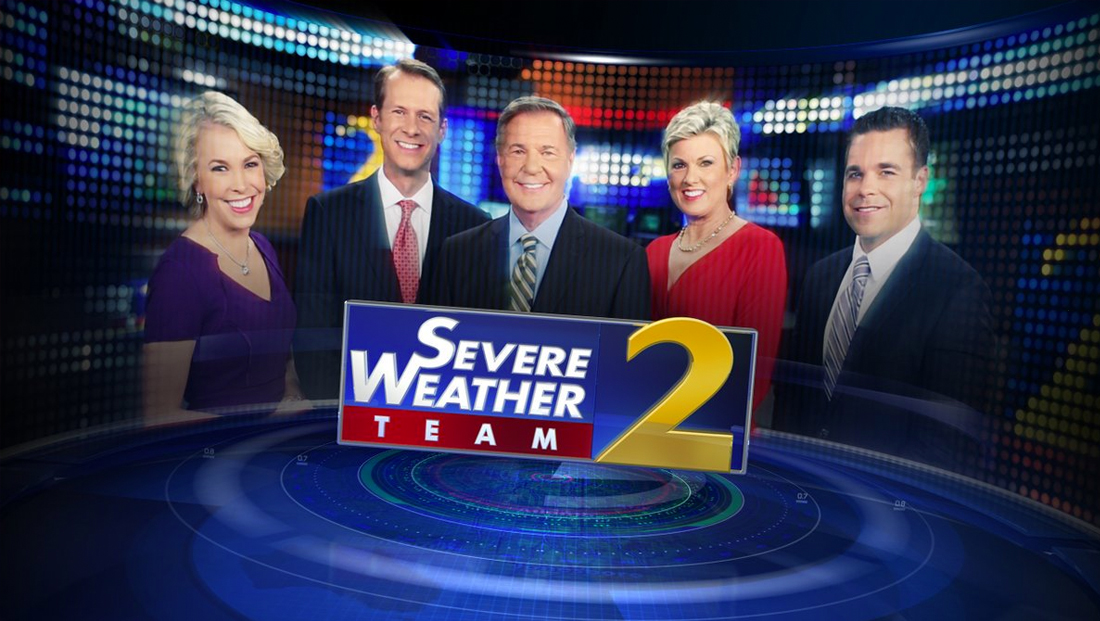 WSB, the ABC affiliate in Atlanta, has debuted updated weather graphics that feature both a new look and new storytelling tools. 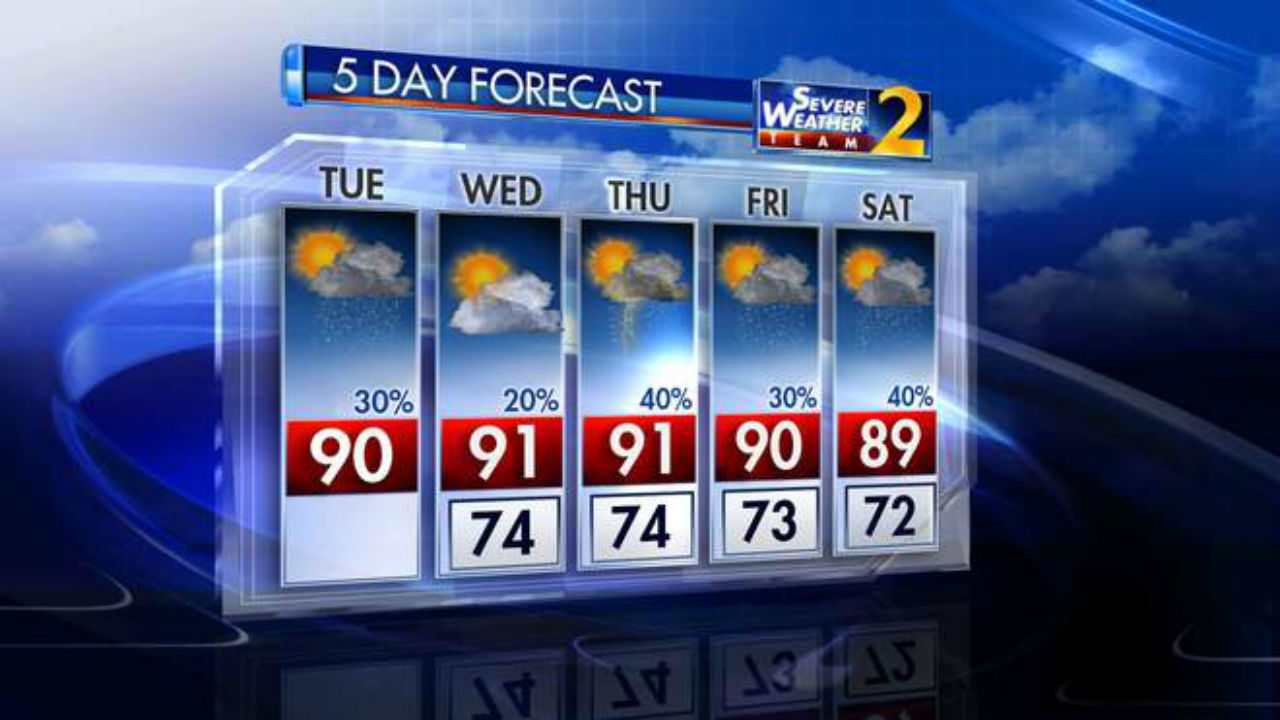 The station also added angled wipes with text between weather graphics segments to help identify what’s coming up next. 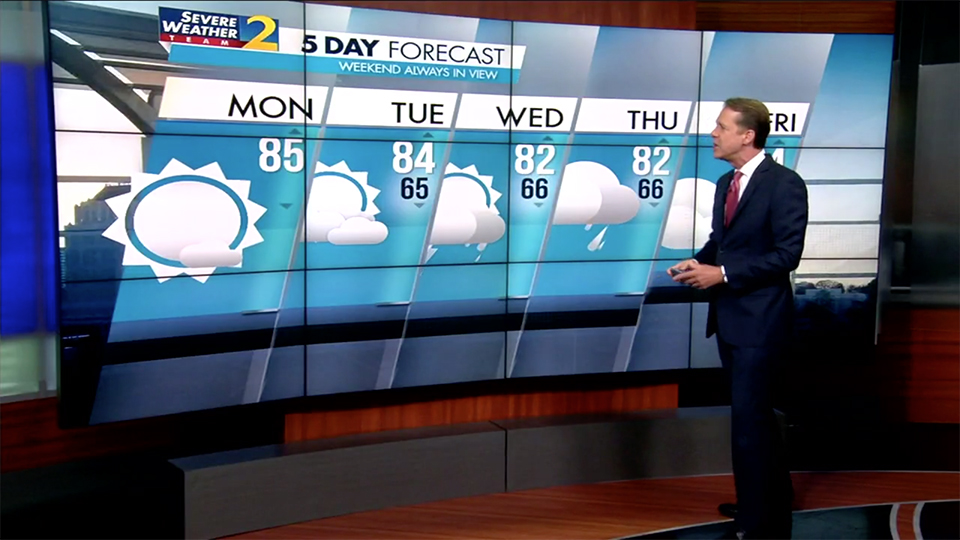 Now, however, the weather graphics are flatter with gradients instead of the glassu elements and have also become angled. The five day forecast also features new, easier to read icons that are white with gray accents instead of the more illustrative look used before. 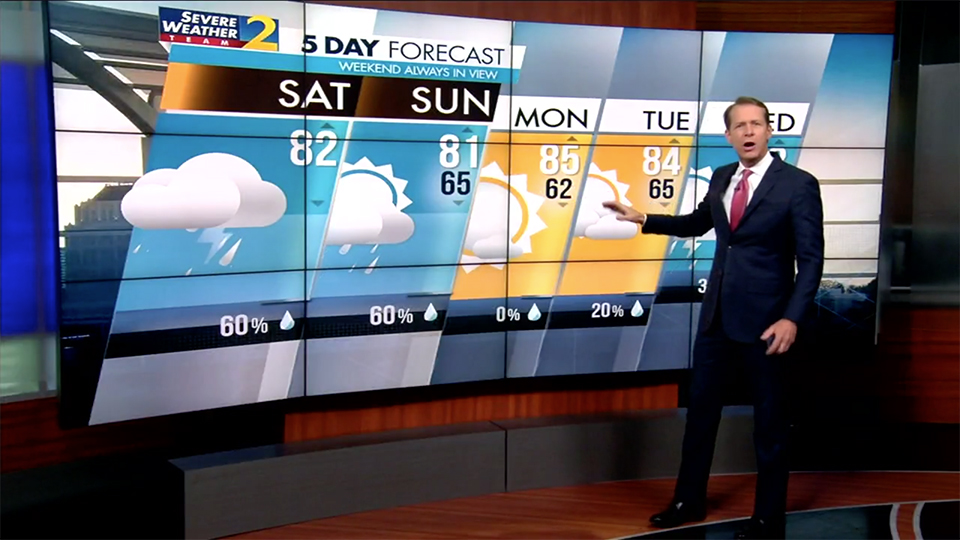 The station also now has the ability to highlight certain days that are above or below average with different colors. 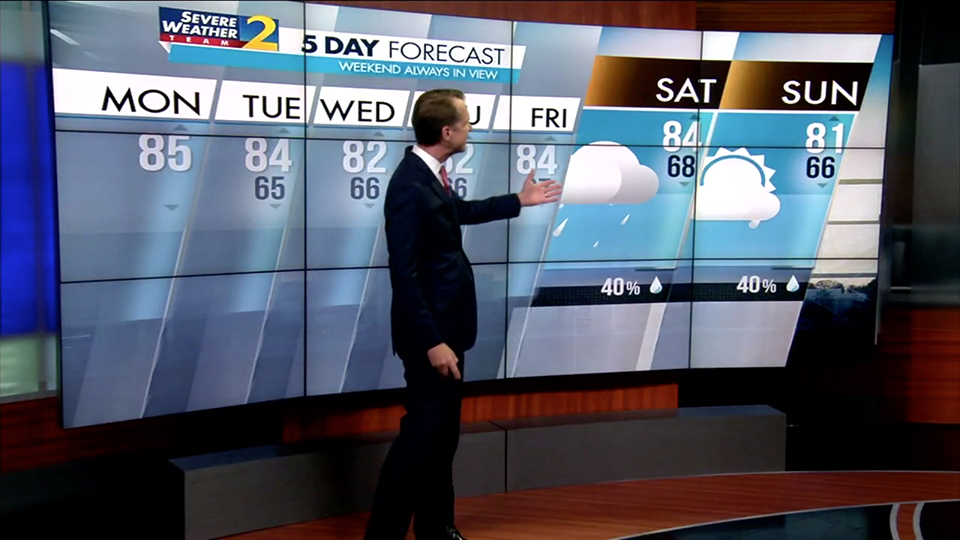 WSB’s ‘Weekend Always in View’ feature sometimes requires the five day forecast to become a seven day one, which uses larger sections for Saturdays and Sundays — a strategy that is also used when the weekend will fit within the five day period. The design also allows forecasters to de-emphasize the weekdays by fading them out slightly and removing the icons. It’s worth noting that the forecast boards better fill out the entire width of a 16:9 canvas. 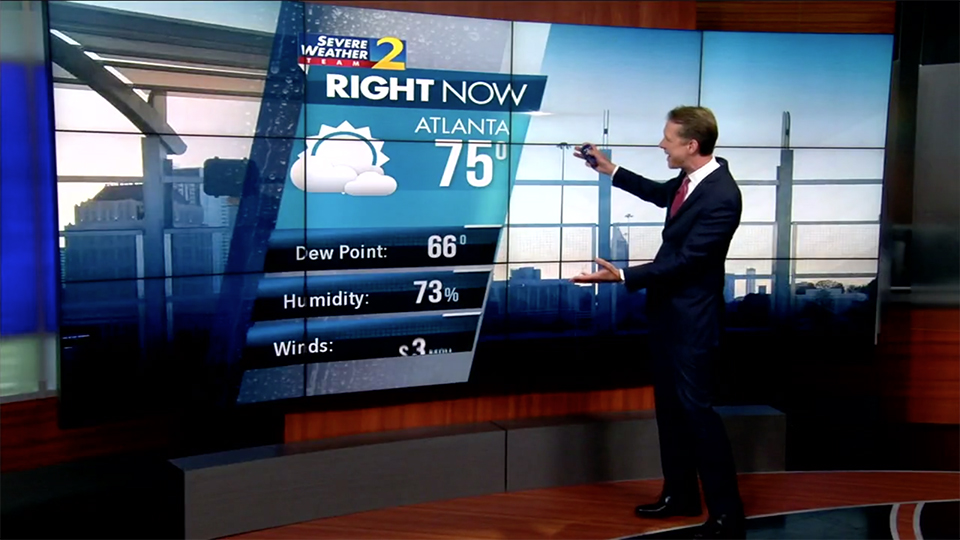 The current conditions graphic has been redesigned — and can also include the color changing feature. These and other graphics are narrower, with larger margins on the left and right. 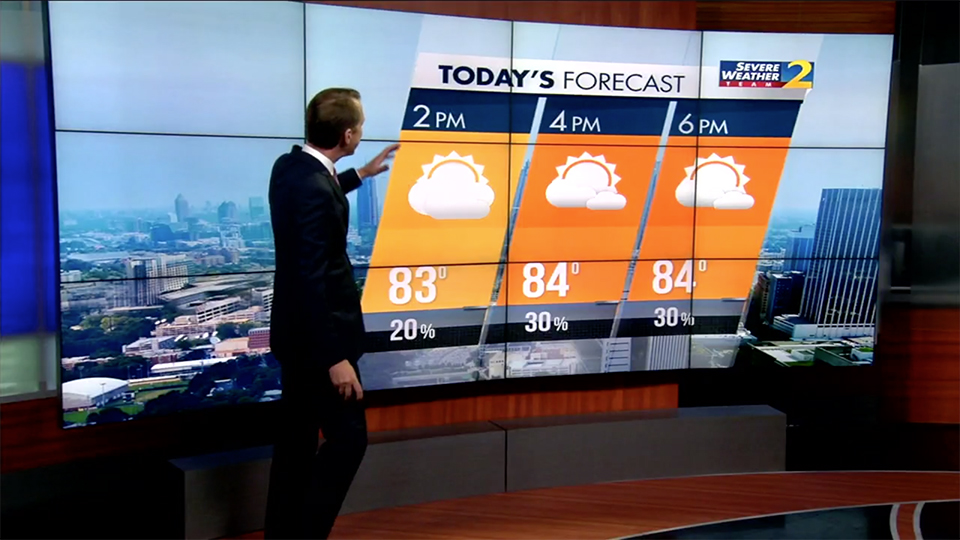 For dayparts, the station can also highlight one of the three segments. 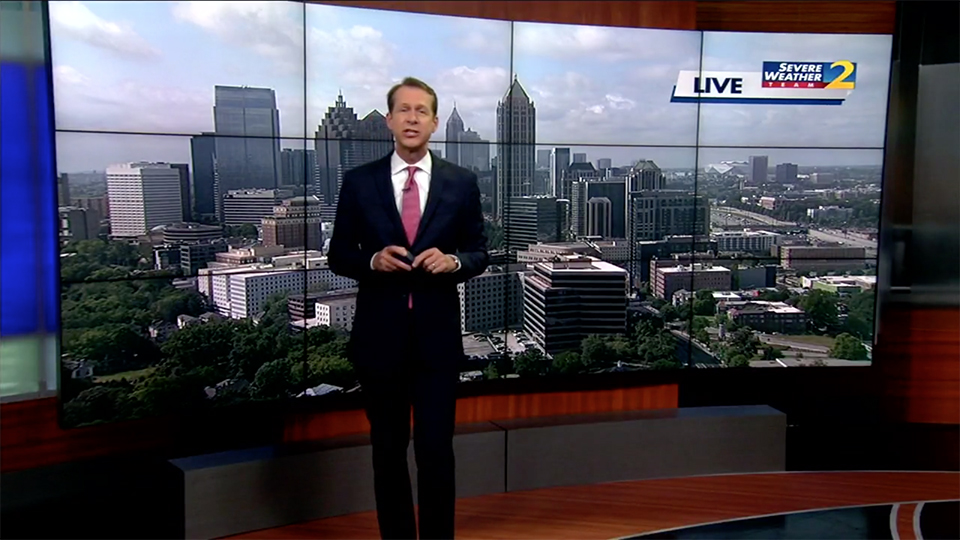 A final update to the new look includes a redesigned ‘live’ bug when remote camera feeds are used. 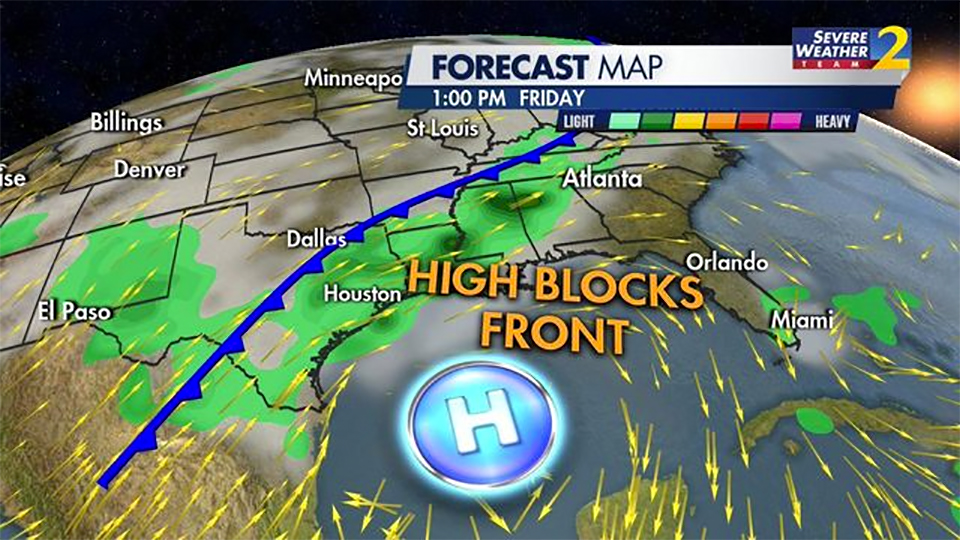 A similar look is used on the stations’ weather maps — with map titles and legends moved from the center of the screen to the upper right.

To help viewers get familiar with the new weather graphics, WSB produced a short explainer video.