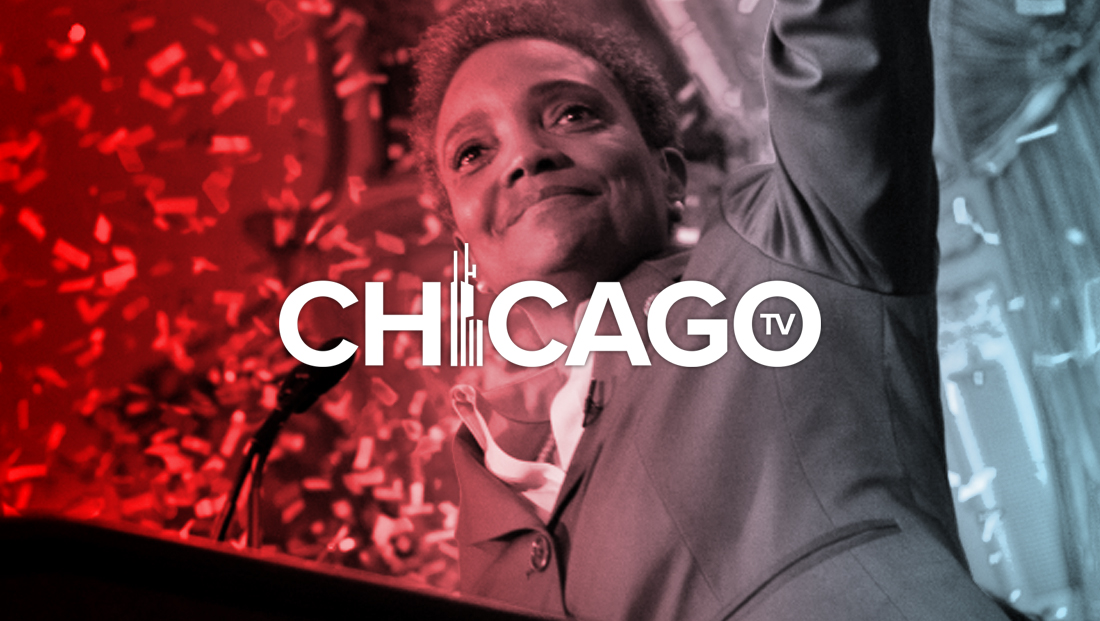 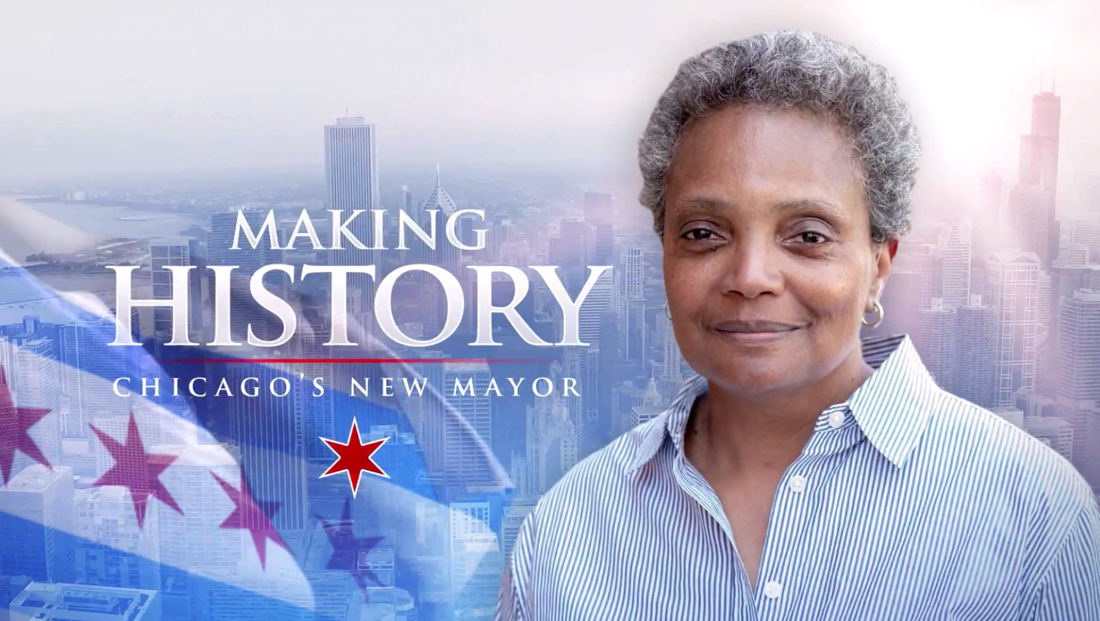 WBBM, the CBS O&O, used a custom extended open with a logotype in Trajan and accented with the city’s trademark six point star and flag. The graphics included pastels and subtle rays of light. The station branded its coverage under the ‘Making History’ banner. 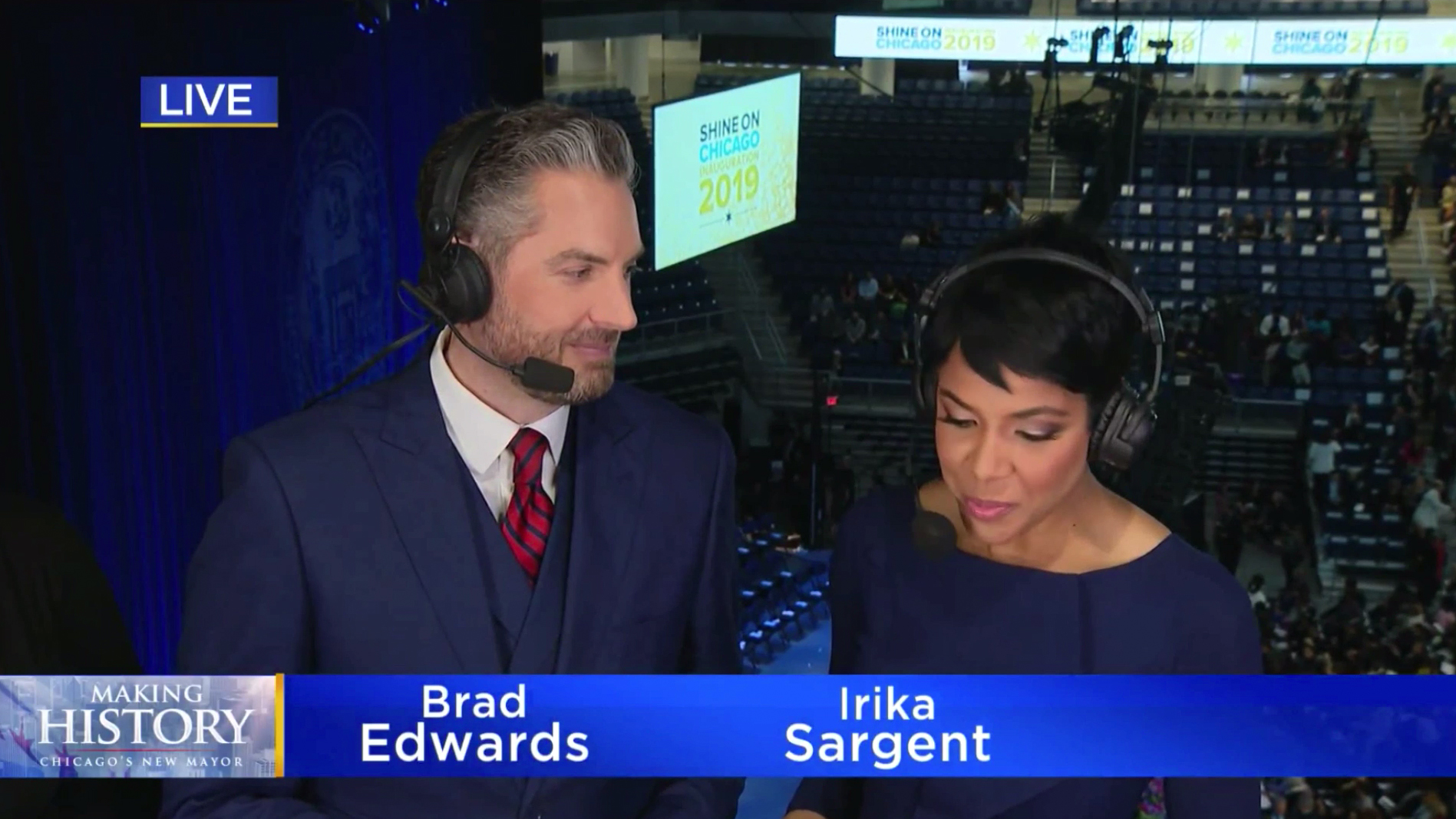 The logo was moved to the lower left of the screen along with the station’s normal graphics package during the actual coverage. 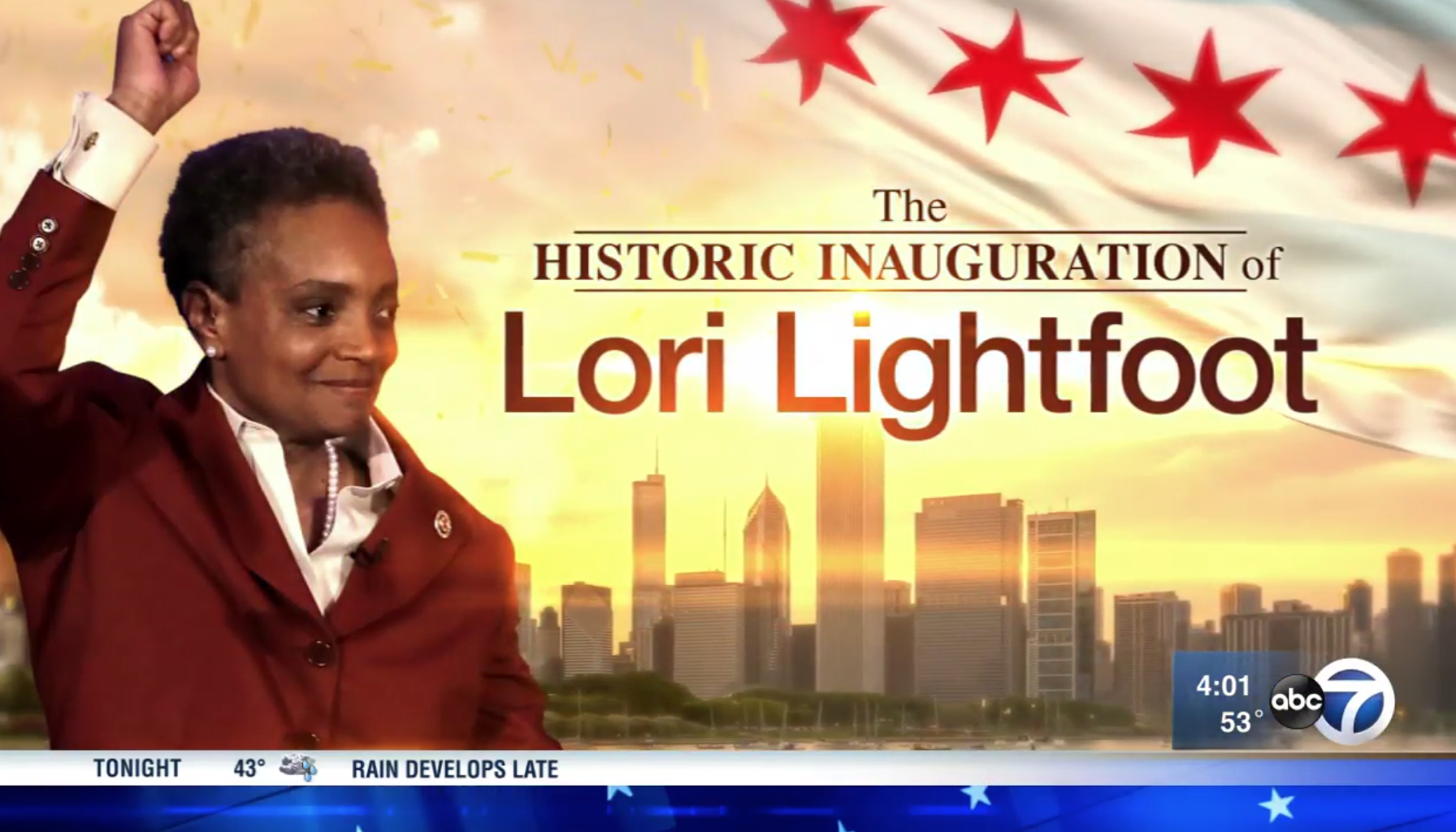 ABC O&O WLS used a gold cityscape accented in the flag motif and the title ‘The Historic Inauguration of Lori Lightfoot’ set in both serif and sans serif type. 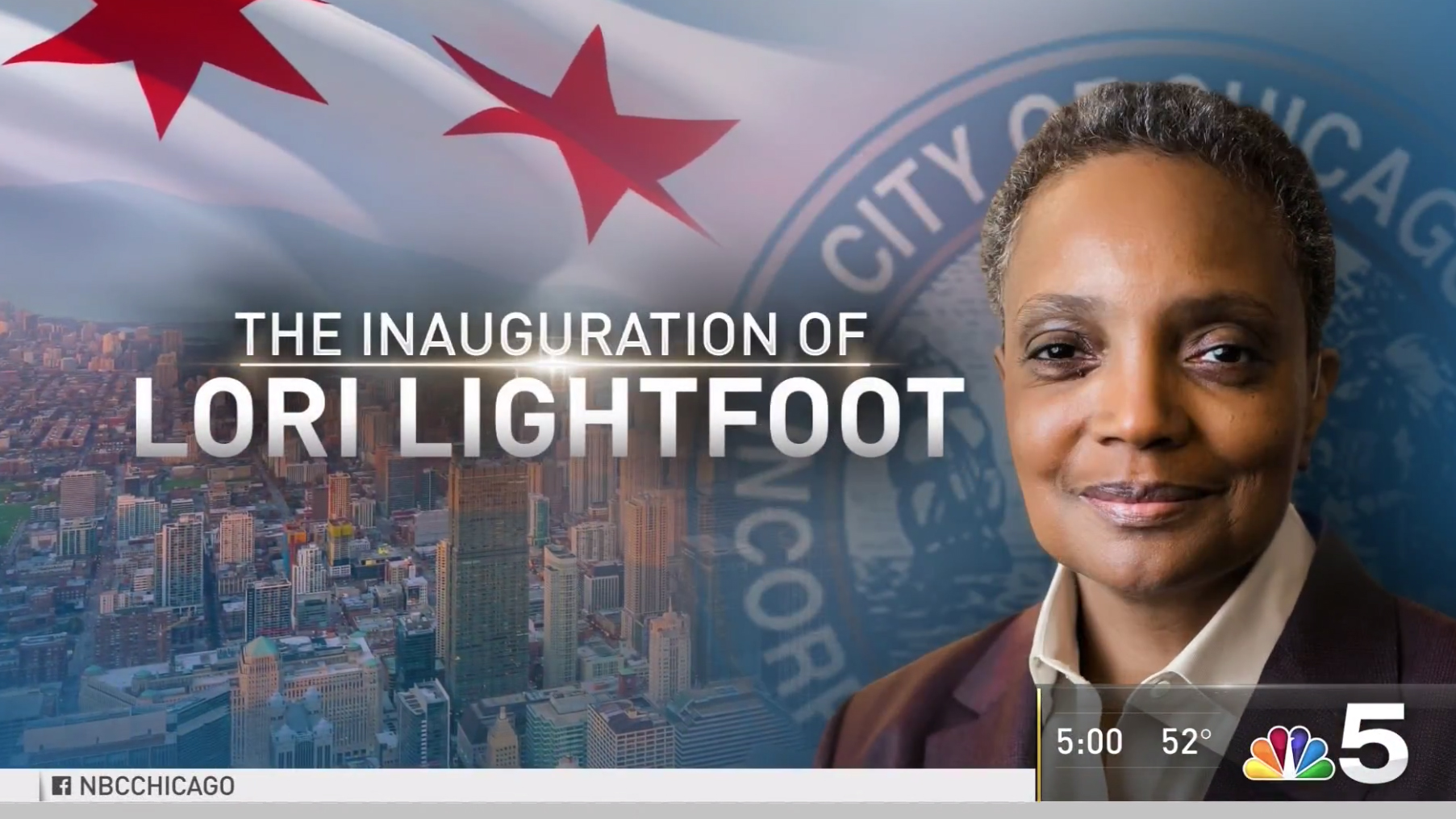 NBC O&O WMAQ used a soft background of the city seal, flag and aerial view of the metro area under the straightforward name ‘The Inauguration of Lori Lightfoot.’ 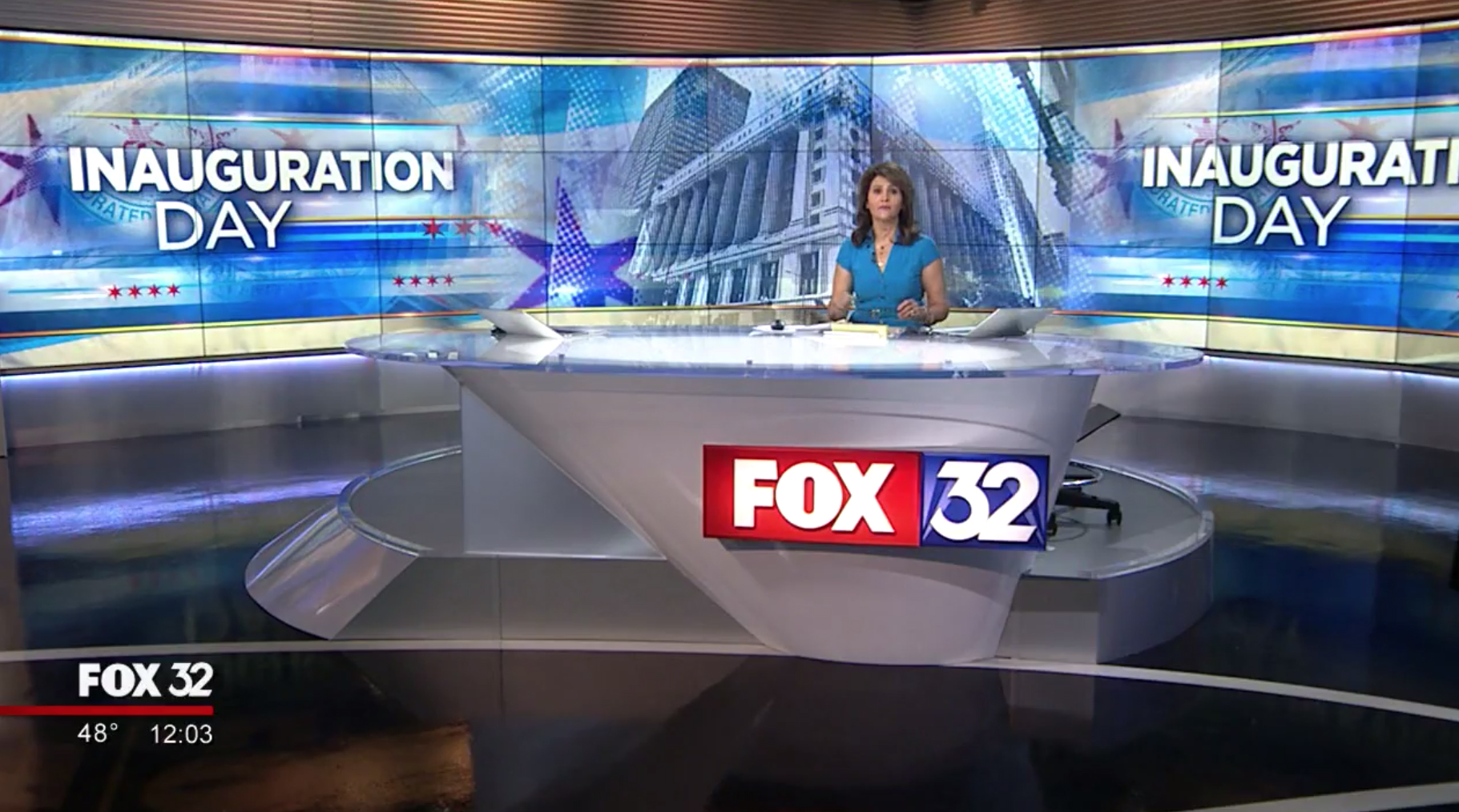 WFLD, the market’s Fox O&O opted to use, quite appropriately, an image of city hall, on its large on-set video wall. The look was combined with a ‘pop dot’ texture and elements inspired by the city’s flag and seal. Many of the flag inspired designs included use of the four stars and gradient ‘bursts’ in the light blue and white found on the flag. 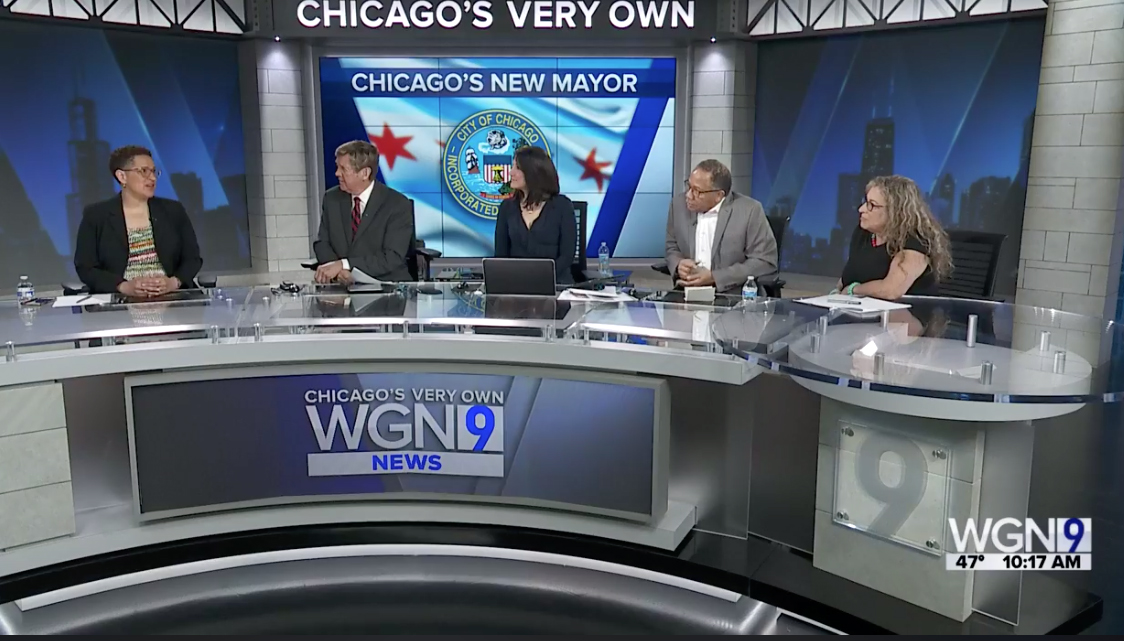 Independent station WGN used the city seal between its anchor two shot with the angled graphics accents framing it and a blurred background of the city flag behind it. A banner reading ‘Chicago’s New Mayor’ was fed to the video wall under the real ‘Chicago’s Very Own’ set header. 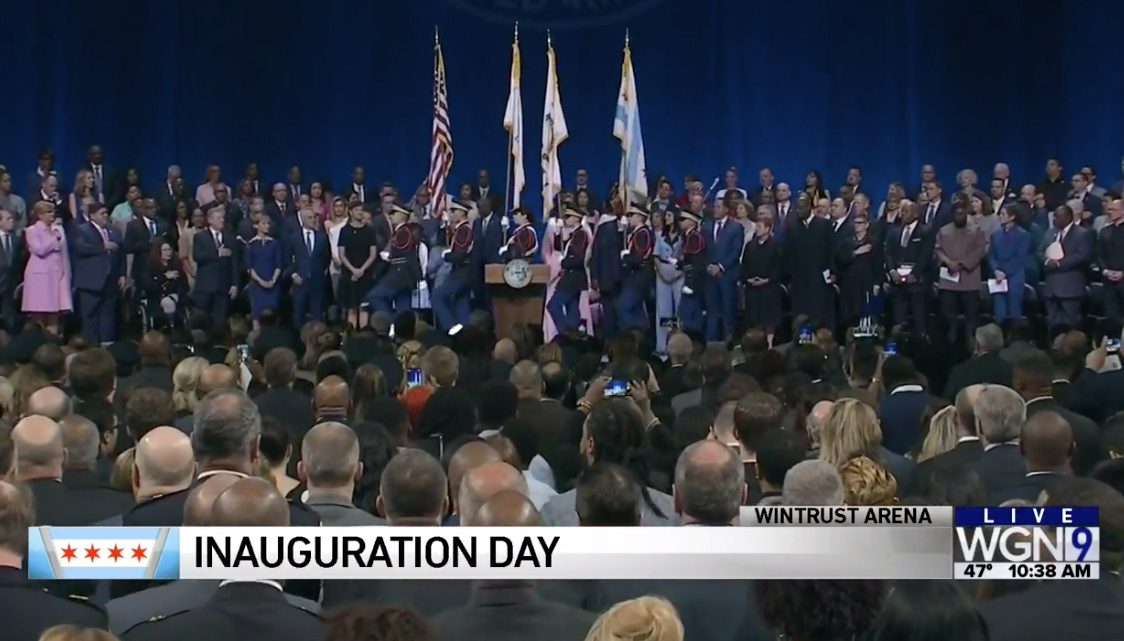 For lower thirds, the station used its normal graphics package but with a Chicago flag themed graphic in the lower left with two angled elements framing a small version of the city flag.