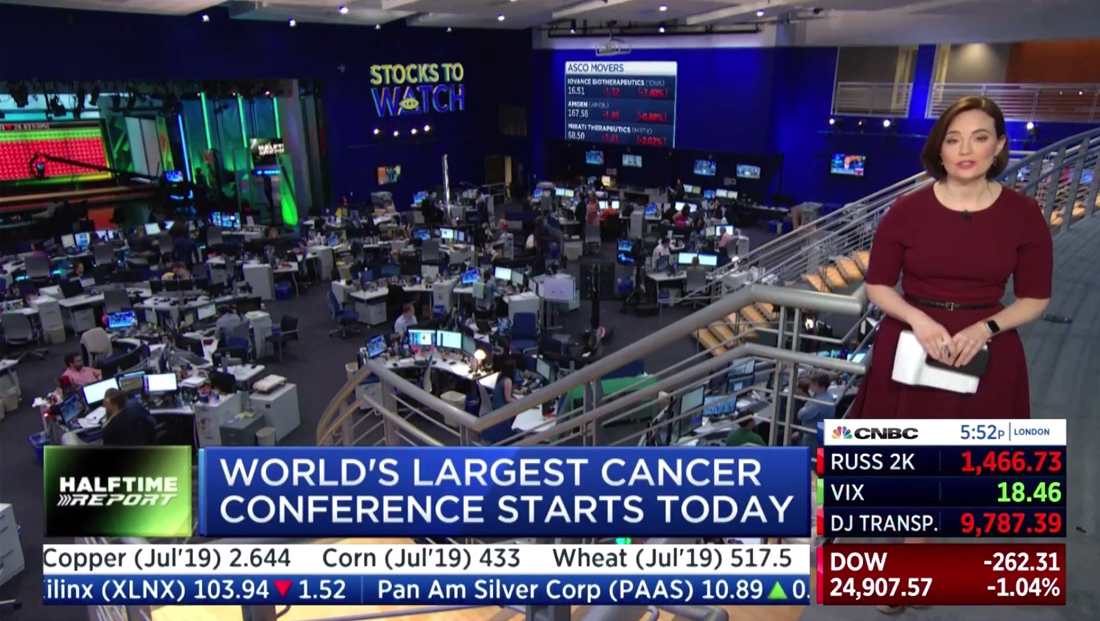 After letting a virtual bull and bear “loose” in the studio, CNBC has launched another augmented reality storytelling tool.

On Friday, May 31, 2019’s “Fast Money: Halftime Report,” the network aired a “Stocks to Watch” segment with reporter Meg Tirrell.

Tirrell joined the broadcast from atop one of the two curved staircases that connect the main floor of the CNBC newsroom with its balcony level.

A wide shot from the studio area showed Tirrell standing at the top of the staircase waiting to appear on air.

The control room then cut to a camera on the balcony, which showed the newsroom below and an augmented reality “Stocks to Watch” logo and stock data chart inserted on the walls in one corner of the newsroom.

The camera then zoomed into focus on the stock data inserted on the wall.

Interestingly, one of the traditional video projectors installed high on the newsroom ceiling was visible for much of the segment.

CNBC’s newsroom features two such projectors, each one aimed at the walls on either side of the studio opening and providing large format screens for newsroom workers to view.

In the augmented reality segment, one of the projection screens was “covered” by the AR logo.

The AR technology CNBC uses is powered by Brainstorm Multimedia and designed in house.