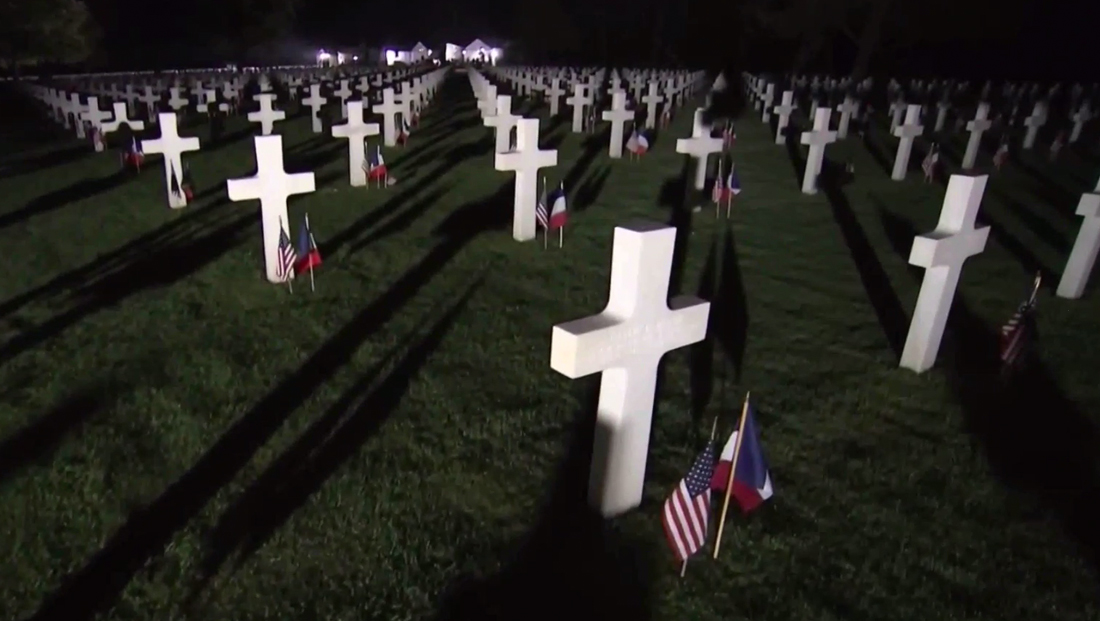 Although it was still June 5 in the U.S., when the network newscasts hit the air at 6:30 p.m. eastern time, it was 12:30 a.m. in France, meaning it was technically June 6, the actual date of the allied invasion.

All three anchors were set up along rows of white crosses and Star of David grave markers at the Normandy American Cemetery and Memorial in Colleville-sur-Mer, Normandy, which were dramatically lit for the occasion.

“NBC Nightly News” updated its open to include a mention of Normandy.

Both ABC and NBC were in London Wednesday evening to cover Donald Trump’s visit and made the short journey to France for Thursday’s newscasts.

In a poetic nod to history, allied troops left Britain and crossed the English Channel to mount the attack that marked the beginning of the liberation of German occupied France back in 1944.

“CBS Evening News” sent Anthony Mason to Normandy, who started the newscast from along the Normandy Beach.

Many of France’s plans to mark D-Day will take place during the daytime hours in France, so coverage of these events will be carried on cable news and Thursday’s evening newscasts in the U.S.