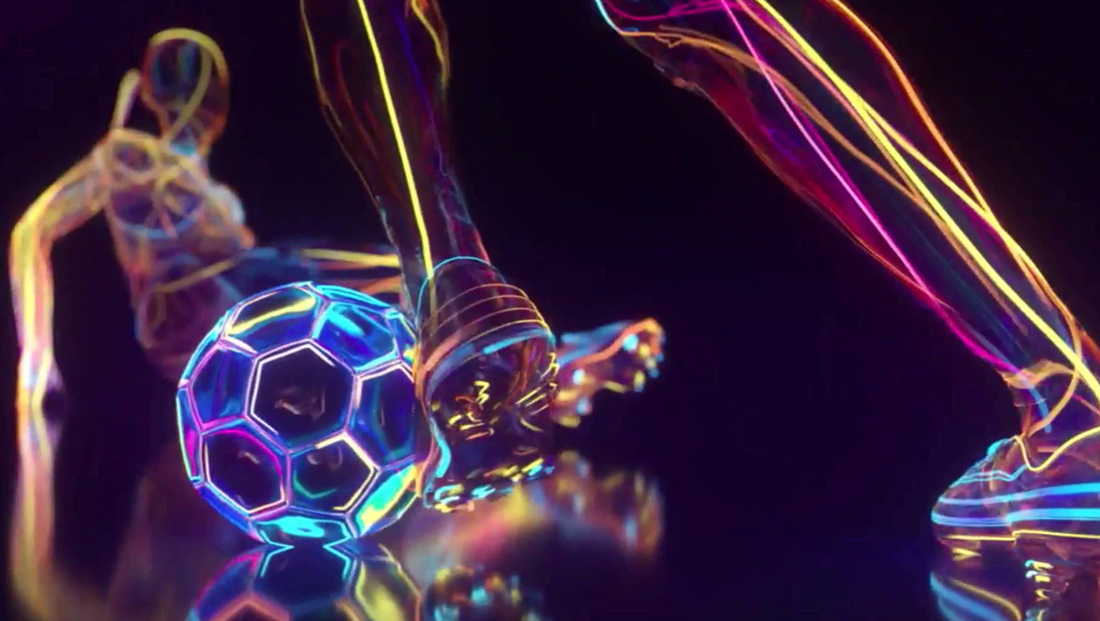 FIFA TV is using animated opens that leverage bright moving lines of light to form a variety of imagery for its coverage of the 2019 FIFA Women’s World Cup.

In a look that’s somewhat remiscent of “Tron,” the open combines multicolor paths of light that morph together to form representations of European football players and equipment plus landmarks from around French.

Telemundo has a full version that starts with an image of the iconic Eiffel Tower and winds through a variety of scenes to end with beams of light twisting upward to form the FIFA World Cup trophy logo.

A shorter version focuses mostly on the trophy and the outline of a football.