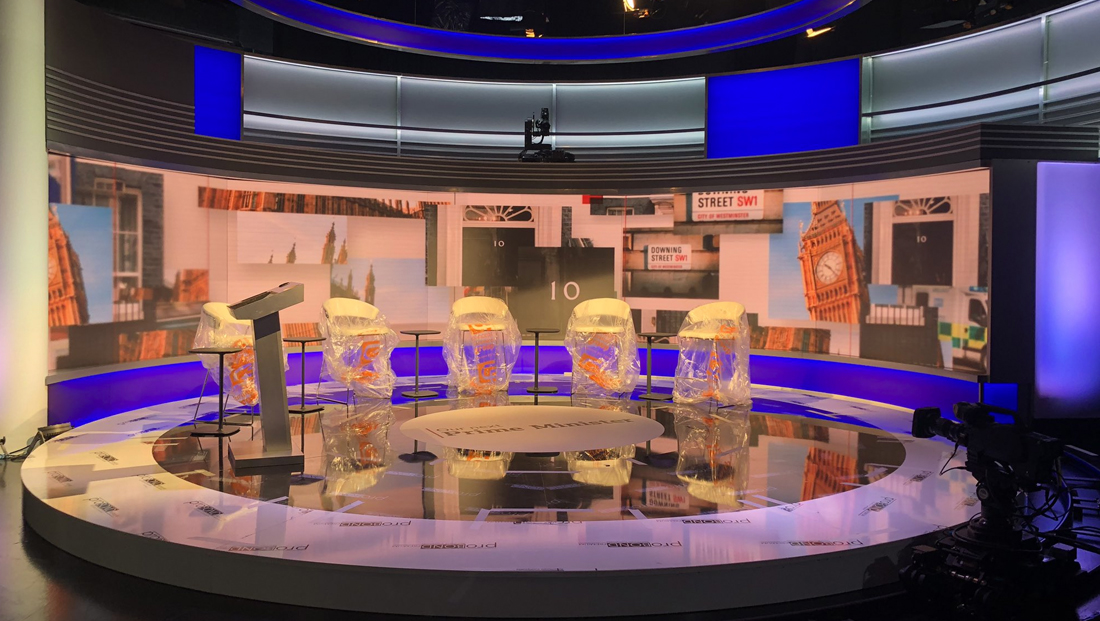 The BBC is readying to air “Our Next Prime Minister,” a debate between candidates to replace Theresa May as prime minister of the United Kingdom.

For the debate, the network is using part of Studio B in its headquarters, which is used for a variety of other programming and also includes two distinct venues.

For the debate, the color changing elements of the set have been shifted to blue, while a large riser has brought in with high white padded stools and a moderator lectern have been brought in.

The network has also added what appears to be a robotic camera behind the set’s main video wall, presumably for “reverse” shots of candidates.

BBC is taking advantage of the studio’s wide curved video wall to showcase imagery of a variety of quintessentially British landmarks — including the “10” on the Number 10 Downing Street, the official prime minister residence.

Correspondent Nick Eardley gave viewers a glimpse at the new set on both “BBC Breakfast” and on Twitter.

On the Twitter image, what appears to be a protective layer of plastic on the edges of the shiny riser, is still in place, though it was removed by the time Eardley showcased the set on air — though the stools were still draped in plastic.

First look at the studio for tonight’s BBC debate coming up @BBCBreakfast pic.twitter.com/XF0rRHbDMJ