25 years in Studio 1A: And 25 years of trying to cover a clunky column 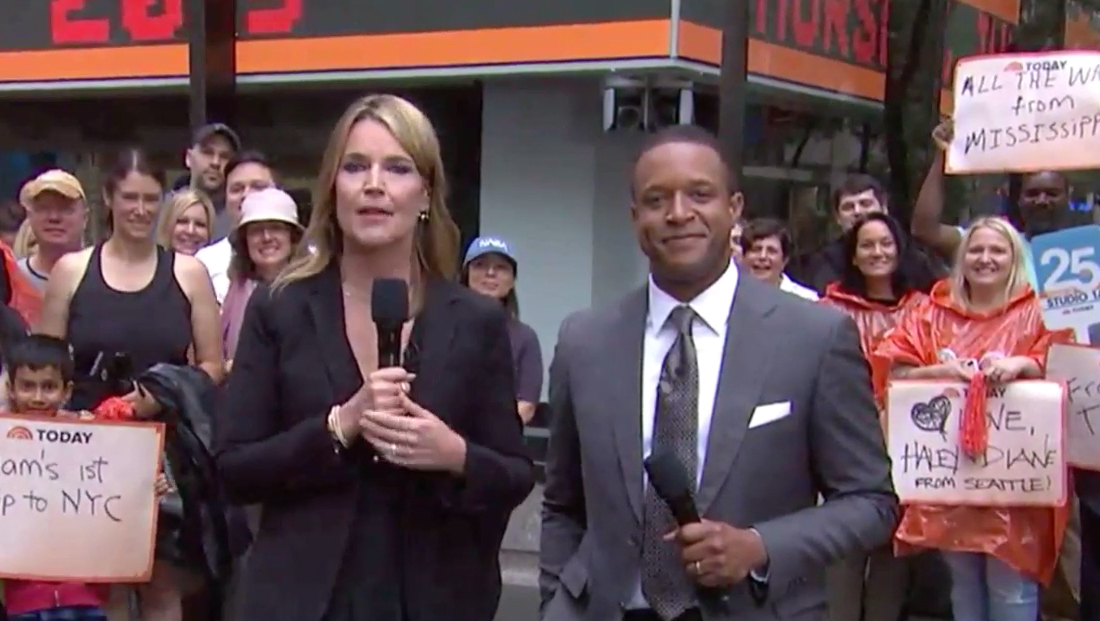 When NBC News transformed what was previously a street level bank branch into Studio 1A, a showcase home for its “Today” morning show, it was met with the challenges of building within a space that wasn’t designed for broadcasting — and therefore had to work around an awkward structural element.

While 30 Rockefeller Center, across the street and the network’s headquarters, was built for radio broadcasting, and later converted for television, the space in the northeast corner of 10 Rockefeller Center was originally designed as retail space, much like the other spaces at street level throughout Rock Center. 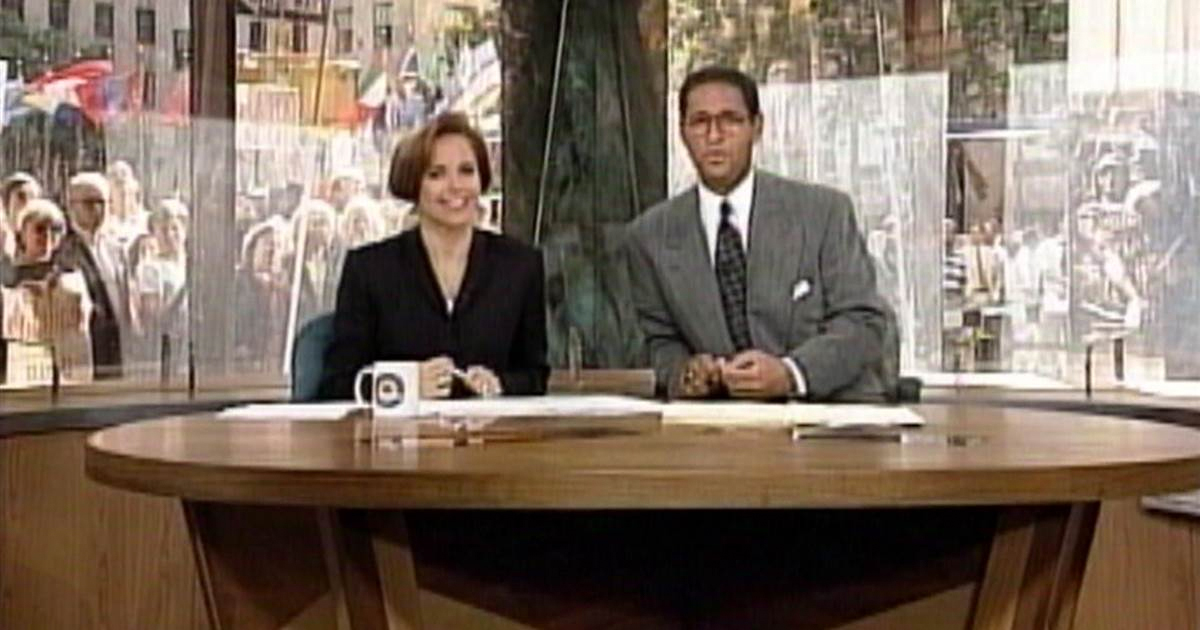 Because of this, the corner of the building is held up by a large structural column that sits inside the tall, wide glass windows that meet in that same corner.

Unfortunately, this angle also happens to provide some of the best views of Rockefeller Center — which has led NBC on a 25 year mission figure out how to use the column as part of the “Today” background.

Presumably, the column either can’t be removed or would be cost prohibitive to do so.

Originally, the column was incorporated into the set design as a scenic element between the anchor two shot for “Today.”

It has been clad with faux marble and other finishes over the years and served in both a figurative and literal sense, as a “foundation” for the studio’s home base area, which has not moved from the space since 1994.

Later, the show would eventually install a vertical video panel that covered most of the column.

In addition to being used for graphics, the panel could be configured to show a live feed of the plaza, captured by a robotic camera mounted in the set’s header. 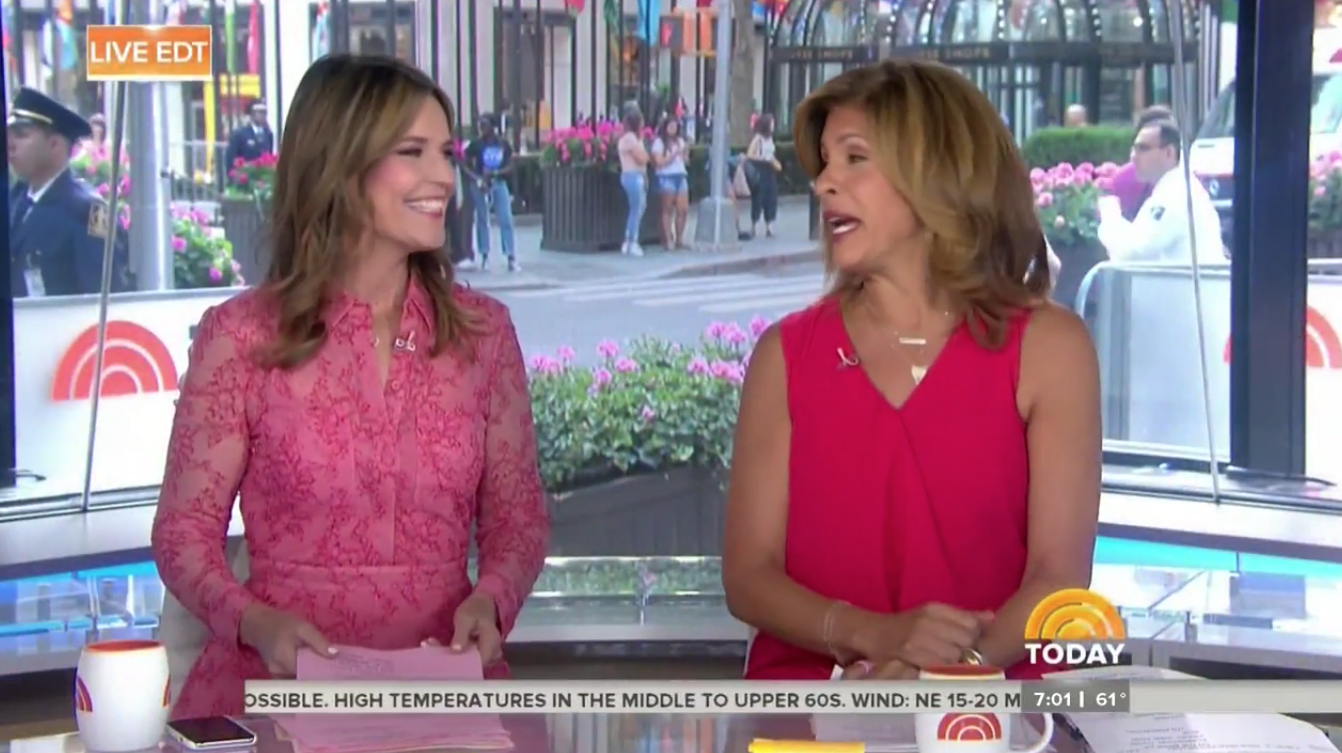 Originally the video panel’s feed didn’t match the background well, so the effect was more of a “layered” or “magnified” glass panel. 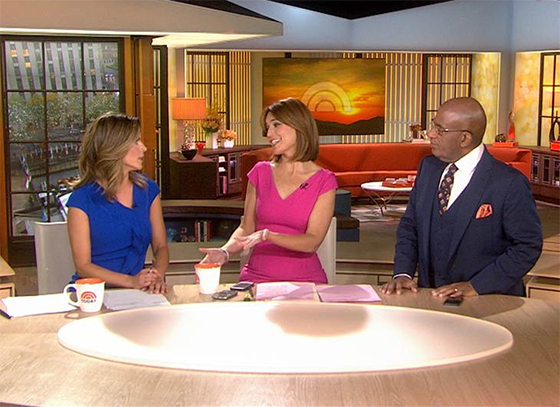 When the network redid the studio in 2013, home based was kept in the same corner, but the show shot in the opposite direction — into Studio 1A and its couch area with simulated windows created using video panels and views of Rockefeller Center.

The desk could be rotated to use the windows.

However, NBC was able to get the background to line up with the real view better and currently opens the show with the panel first appearing white, then showing the “Today” logo before it “disappears” to reveal the live view of the plaza.

The effect is meant to essentially create the appearance that the windowed view is unobstructed.

The shot still isn’t perfect, however, which is especially glaring when someone walks by or a vehicle passes by — or it isn’t shot straight on on the opening two shot.

Even in this view, as shown above, the flower planter between Savannah Guthrie and Hoda Kotb makes the look a bit incongruent — and the glass elevator enclosure behind Kotb’s head is duplicated.