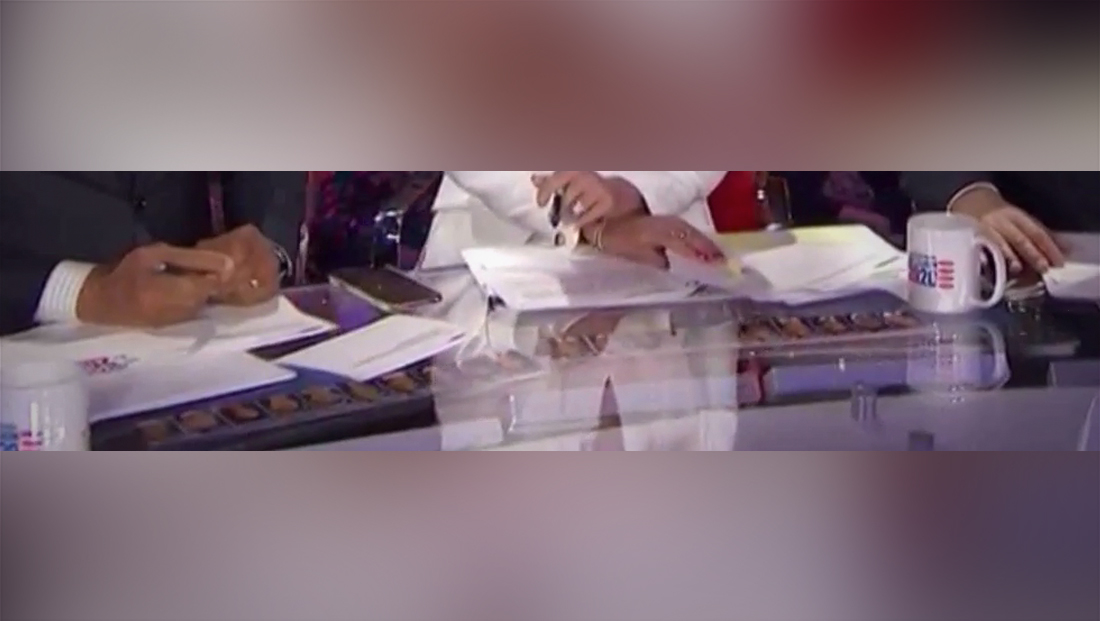 With so many candidates vying for the democratic nomination, it’s not surprising NBC News apparently didn’t want to risk any of its moderators getting mixed up over who was who.

During the first night of the debate, Wednesday, June 26, 2019, if one looked closely, strips of photos and candidate names were visible on the moderator desk the network used as part of the overall debate set design.

The photo strips presumably matched the order the candidates were placed on stage. 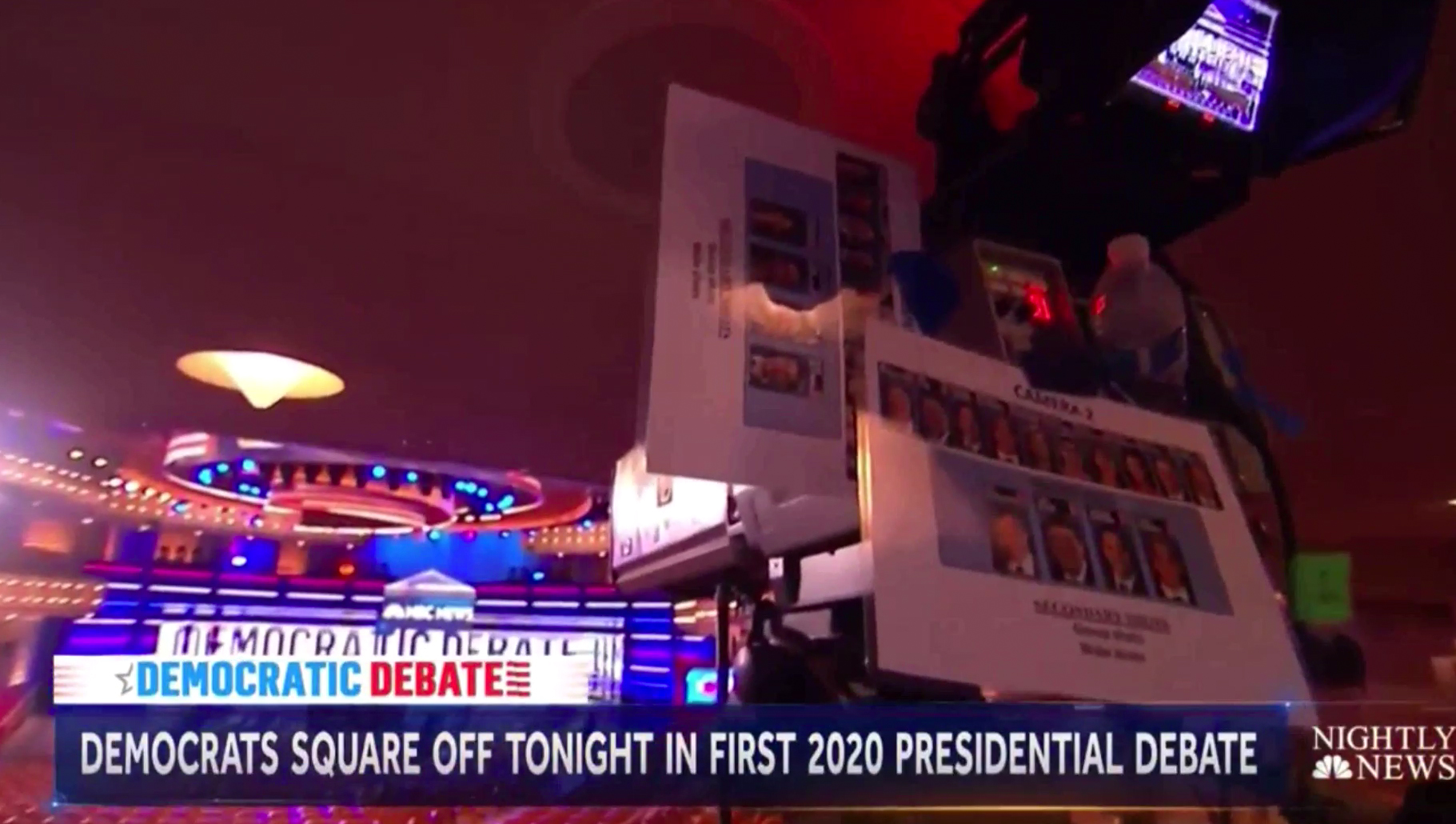 Similar reference sheets were also provided for camera operators in the concert hall — with all 10 candidates identified as well as the primary ones the camera in question was primarily responsible for capturing.

It’s not uncommon for networks to provide this type of “cheat sheet” to anchors, moderators and crew at high profile events — though they can take many different forms.

Sometimes anchors are equipped with oversized binders stuffed with information.

On air talent and crew may also get help from off-camera crew who help identify people who might not be immediately recognizable at events, such as the State of the Union or inauguration, when there are numerous prominent people milling about.

Often these “spotters” study photos of people beforehand but also are equipped with their own “cheat sheets” to double check or look up an unfamiliar face before relaying the information to the control room or anchors.

Anchors and moderators also may have access to laptops or tablets that can be used to look information on the fly.