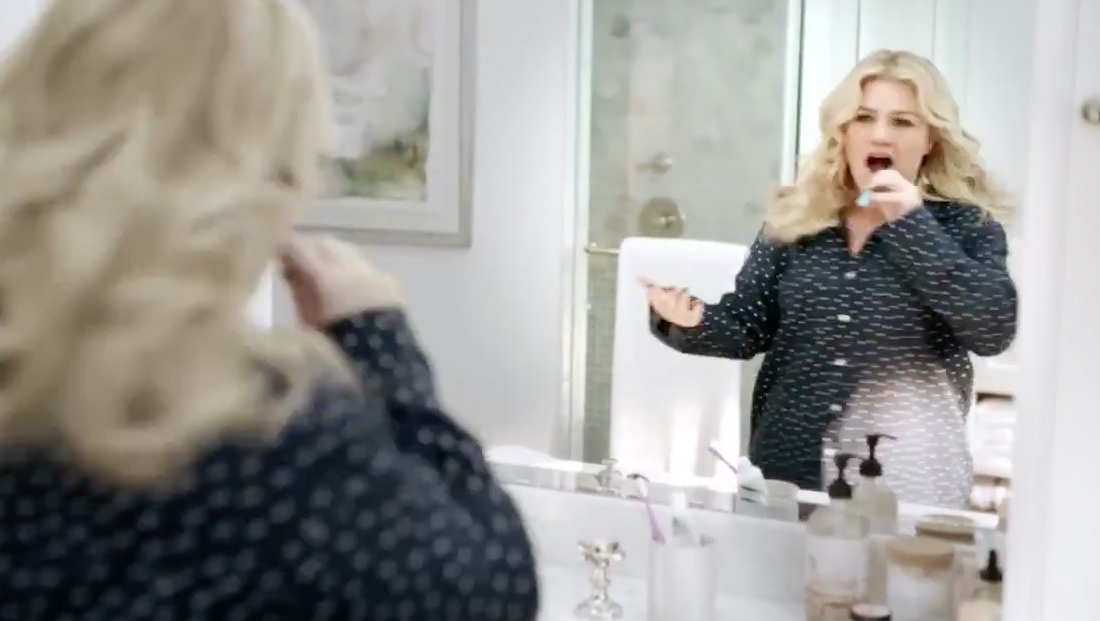 In a new promo, singer and soon-to-be-talk show host Kelly Clarkson proves that all the world’s a stage.

The spot shows Clarkson in a variety of settings singing about “The Kelly Clarkson Show,” which, in this part of the promo, only exists in her head.

However, the promo quickly becomes real as shots of Clarkson on set of her upcoming talk show are shown.