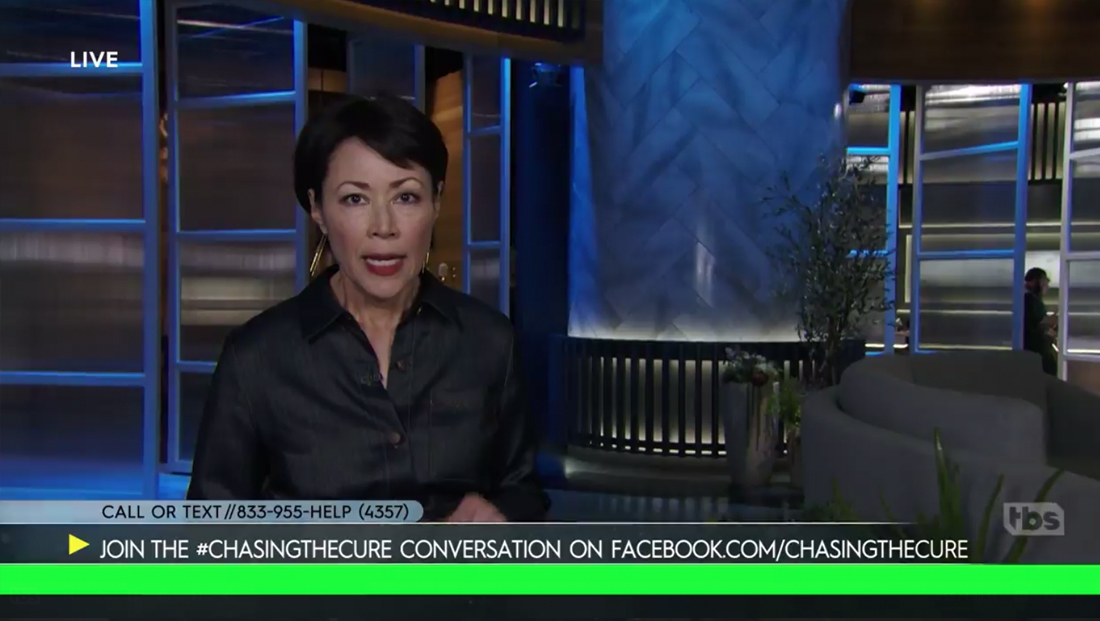 During the live edition’s airing, Curry’s introduction right after the show’s open featured a bright green box briefly in the place that normally inserts quotes culled from social media platforms.

The show appears to be using Tagboard, a social media aggregation platform, based on the small “waiting for” messages that popped up a few times during the show’s first live airing (the issue was fixed for most repeats). 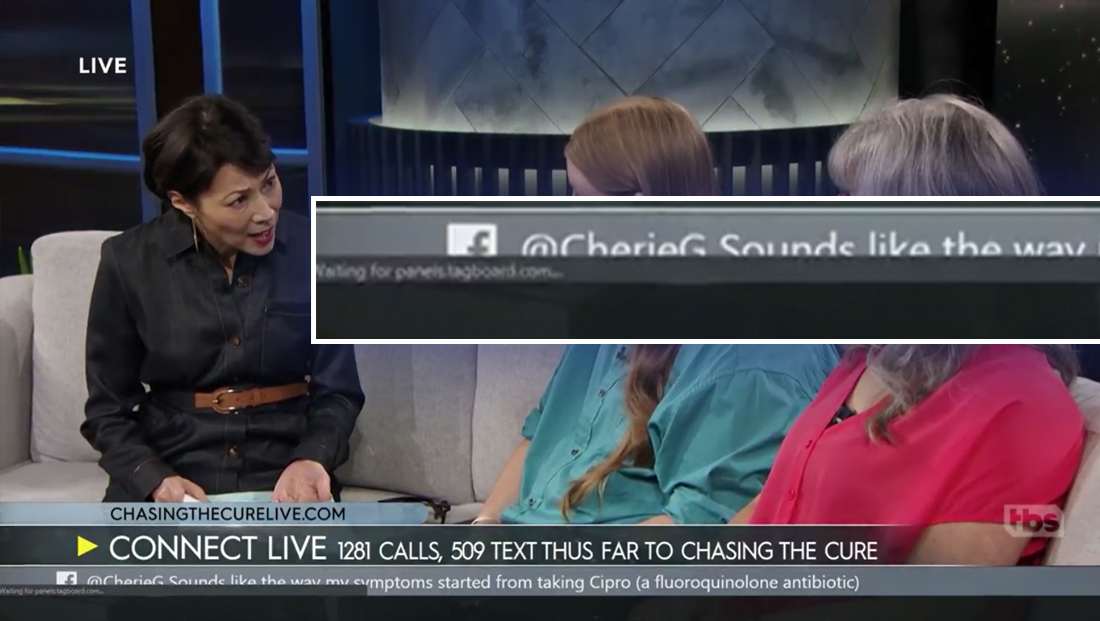 In this enlarged detail, the live ‘Chasing the Cure’ social media bar is covered briefly by a ‘waiting for panels.tagboard.com…’ message that appeared to be generated by a web browser that was presumably powering the feed.

In addition, at times the larger text above appeared to “lag” — often appearing blank for what felt like too long.