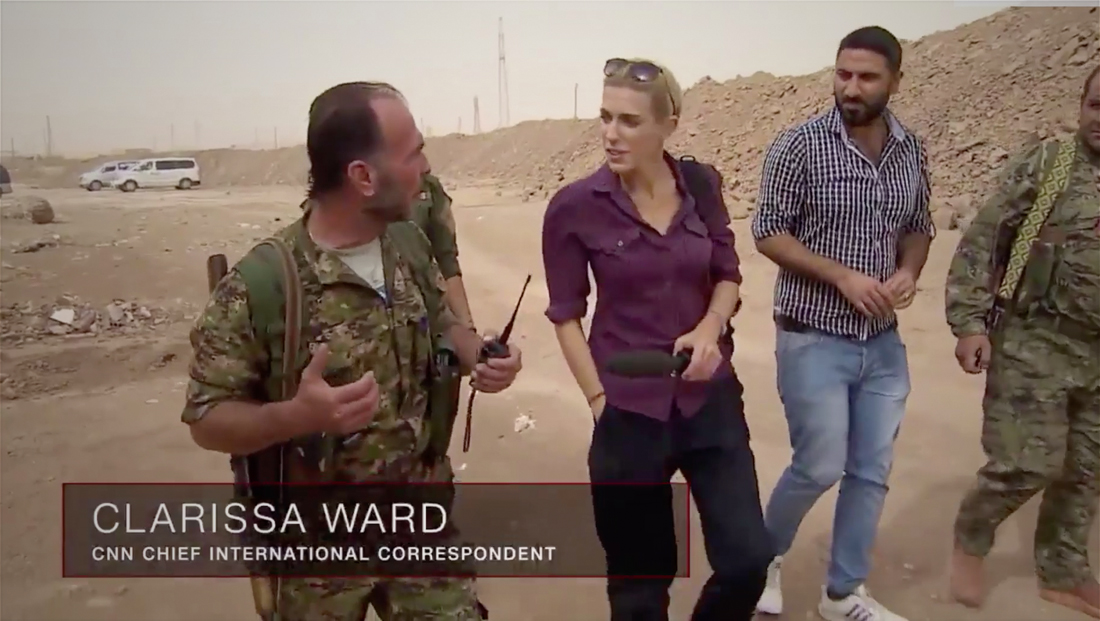 As CNN correspondent Clarissa Ward’s reporting about a group billed as “Putin’s private army” becomes public — triggering and a 15-minute video attack on her — the network is airing a promo that spotlights her and her work.

The spot starts with clips of Ward speaking at the United Nations — then switching to clips of her reporting and interviewing people around the globe matched with hard hitting music.

Meanwhile, the words “To understand / the story / be fearless / go there” appear on screen in separate animated screens between the field footage.

Audio includes natural sound and field interviews as well as standups and more from Ward’s on camera reporting.

Near the end of the promo, just before CNN’s logo and “Go there” slogan appears on screen, a clip of Ward signing off with the “Clarissa Ward, CNN, London” tag is shown along with a view of Big Ben.