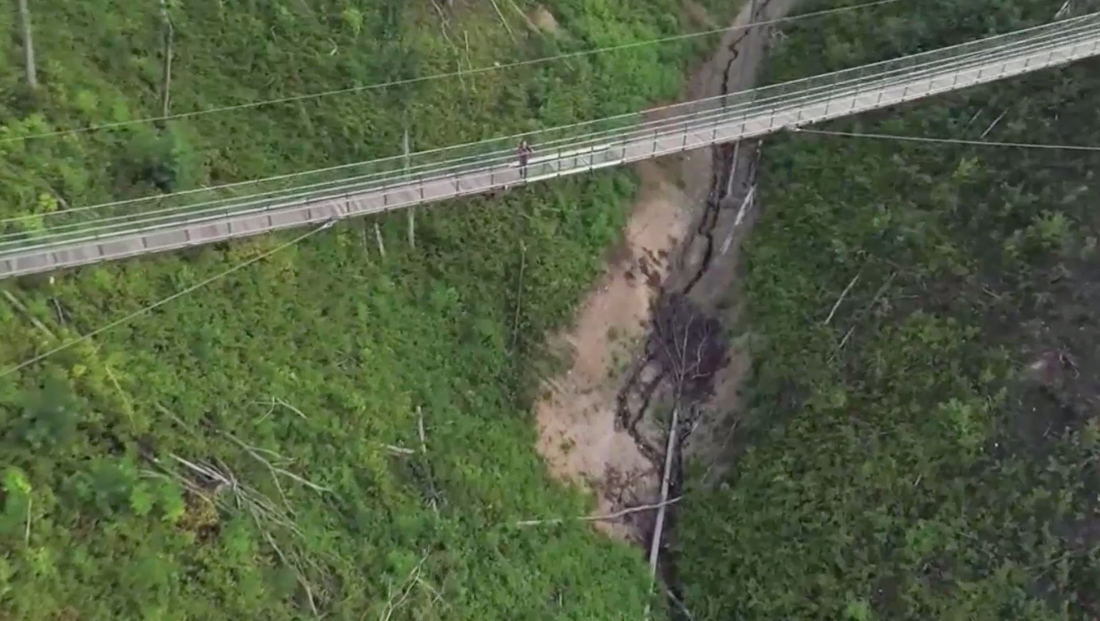 NBC News correspondent Gadi Schwartz and his crew used a drone to capture sweeping views of the newly opened SkyBridge attraction in Tennessee.

The 680-foot long bridge, built across a valley near Gatlinburg, is 140 feet from the ground its highest point — which also happens to be outfitted with a glass floor.

Schwartz naturally opted to do a standup from the middle of the bridge — which was dramatically captured using a camera equipped drone.

In addition to the standup, which aired as part of the kicker of “NBC Nightly News” Monday, Aug. 27, 2019, he also shot a teaser video that featured the camera and drone flying directly over the bridge.

Add this to your travel bucket list: the longest pedestrian suspension bridge in North America!

Now open to the public, the SkyBridge measures 680 feet across Tennessee’s Great Smoky Mountains.@GadiNBC takes us there tonight on @NBCNightlyNews. pic.twitter.com/ykKIASxFEi

Besides placing a camera on one side of the valley, likely equipped with a powerful zoom lens, a drone was probably one of the only ways to capture these shots.

It’s doubtful that a helicopter would have been cleared to fly over the bridge at that close of a range — and even if it had, its rotors would likely have produced a heavy wash that would show up on camera.

The nimble nature of a drone also allowed the crew to quickly capture the scene using elegant moves that likely could not be achieved with a more clunky chopper — at least not without significant planning, practice and possibly even post-production work.

Instead, a drone equipped with a camera provided stunning views of the bridge and surrounding landscape.