U.K.’s ‘Supermarket Sweep’ gets modern new look — with a touch of gaudy 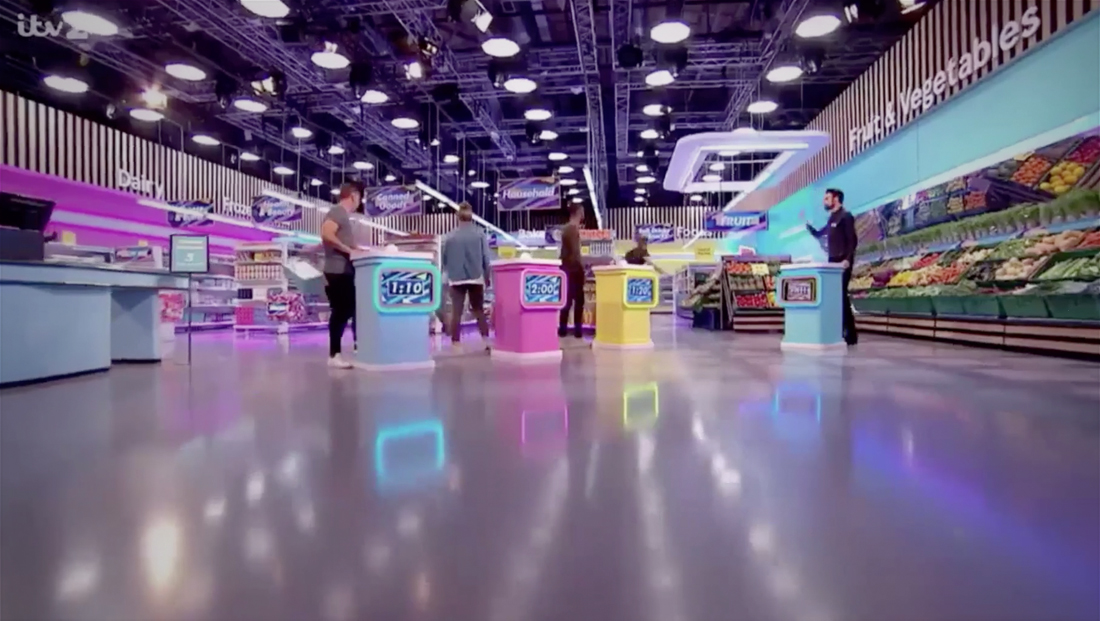 ITV2 is bringing back the classic “Supermarket Sweep” game show to the U.K. again — and it looks like the show’s faux supermarket set has been updated to be more in line with the trendy look stores are taking on along with some nods to the past.

Rylan Clark-Neal will host the latest ITV2 iteration and the show is filmed from a fake supermarket set with bold horizontal wood and metallic headers, clean white shelving and backlit panels.

Despite the new set echoing the look of a modern, trendy store, some nods to the gaudy pastels found on both the old shows’ sets and in real life grocery store design.

Traditional grocery store checkout lanes, complete with their curved corners, are included in the set — with that shape also used in a floating header element and contestant and host lecterns.

Meanwhile, in the U.S., now former “Saturday Night Live” alum Leslie Jones is said to be set to host a new version of the show for American audiences.

The Food Network’s “Guy’s Grocery Games” (often known as “Triple G”) uses a similar set and elements, though with the added element of cooking competitions.

“Guy’s Grocery Games” was originally shot in a real supermarket for its first season, but production then moved to a faux store set.