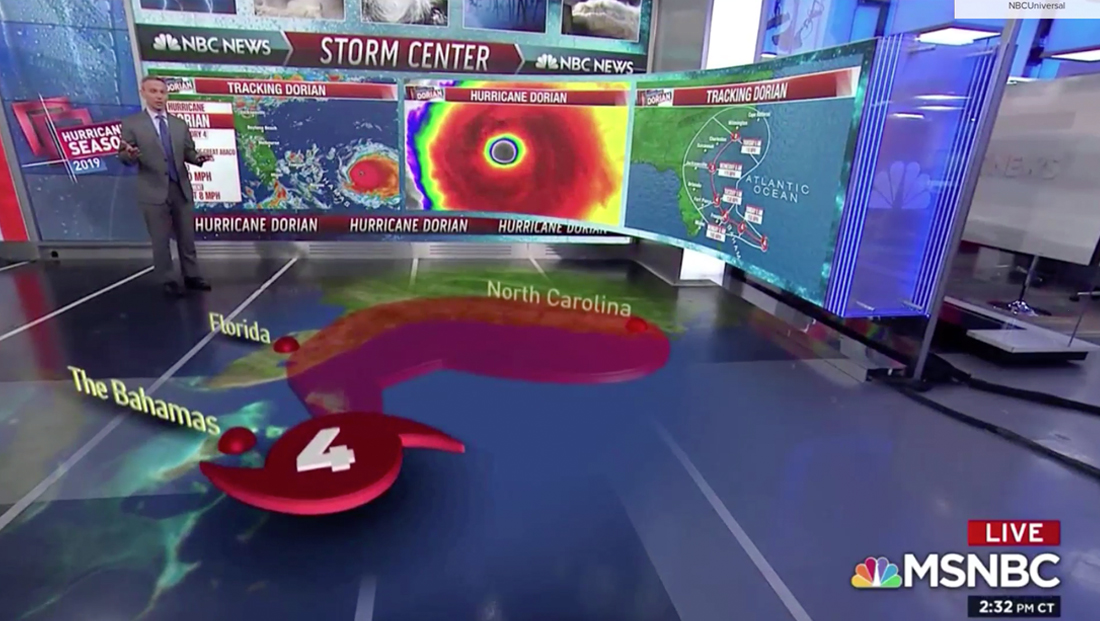 NBC and MSNBC added an augmented reality map of the Southeast United States and Hurricane Dorian’s path to its “Weather Center.”

The center, which is really part of the plethora of video walls installed on the MSNBC side of Studio 3A and is used for a variety of shows and purposes, was also branded as the “Storm Center” as Dorian built up power.

During a segment on Saturday, Aug. 31, 2019’s “NBC Nightly News,” the control room cut to a “walk and wander” push in shot of the empty weather center that had the AR storm on the floor — before going to Al Roker in the field.

MSNBC also used the augmented reality graphic over the weekend during its frequent updates on the storm.

The shots typically started wide and then pushed in to focus more on the weather maps and graphics on the video walls — and at one point the map abruptly “disappeared” from the floor.