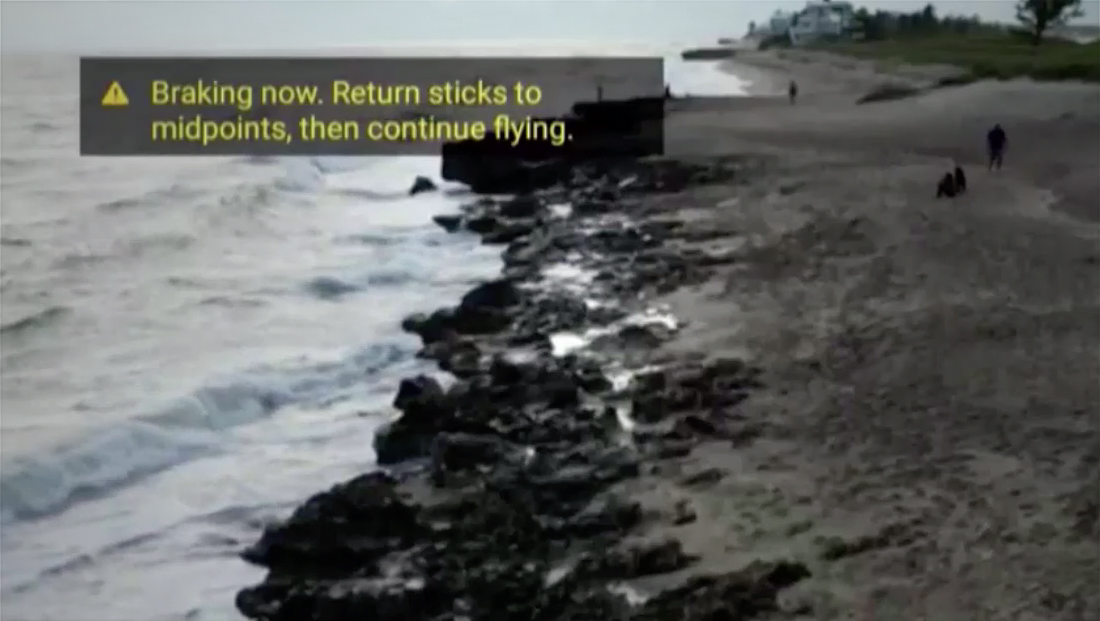 NBC News correspondent Gabe Gutierrez accented his live shot with a drone flyover of his live shot in Martin County, Florida, head of Hurricane Dorian on Saturday, Aug. 31, 2019 — but the device “braked” on air.

As Gutierrez began his report, the view switched to a drone flying over the beach where he was standing.

The drone appeared to accelerate quickly until it was almost above Gutierrez when the braking system apparently kicked in.

That message is meant to be for the drone operator but also appears on the camera feed from the device.

ABC News also used a drone for a flyover of Rob Marciano’s live shot, which appeared to work out much better: