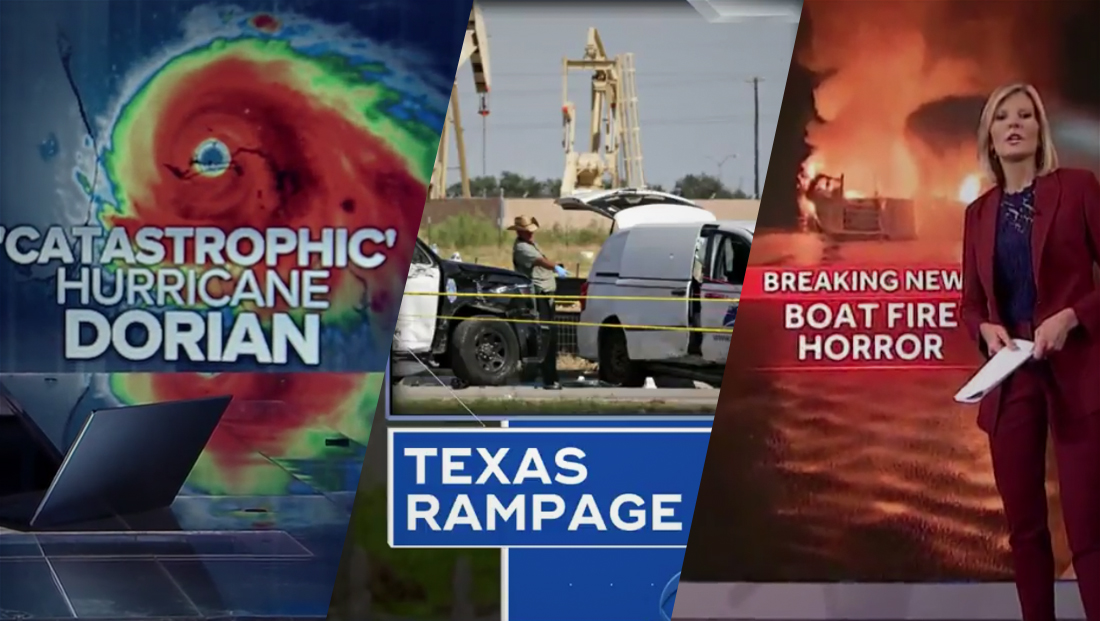 The “slow news month” of August (does anyone really believe that anymore?) ended over Labor Day weekend, with Hurricane Dorian, a mass shooting and boat fire dominating the news headlines.

Here’s a look at how the networks covered the news this past weekend:

All “big three” anchors were out.

Tom Llamas was in for David Muir.