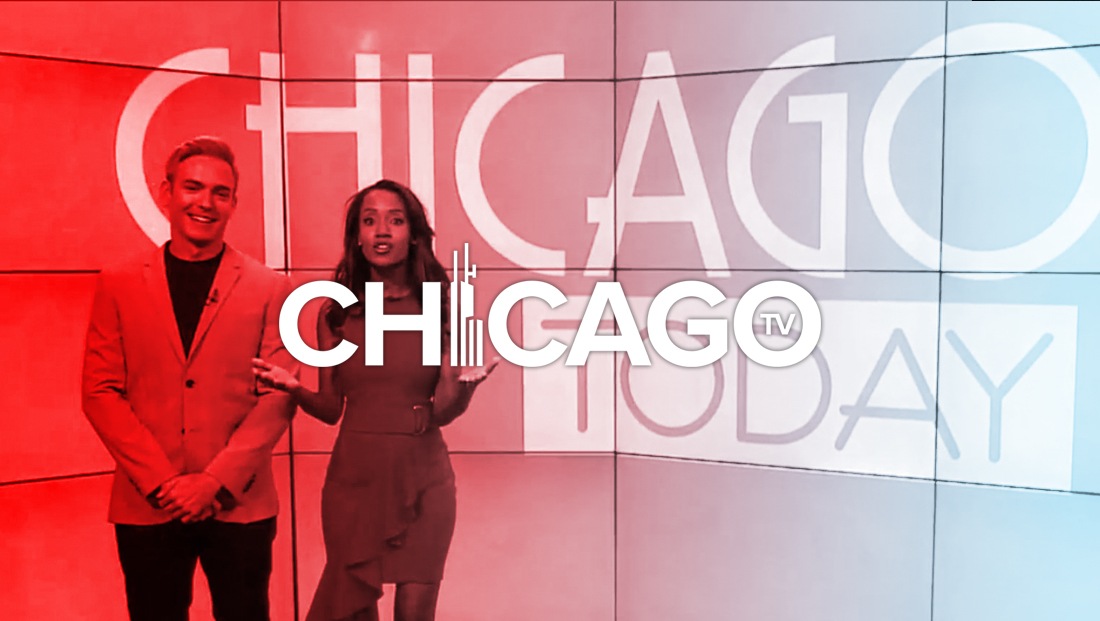 The new show uses a two-font logotype — that combines a quasi-art deco look with wide, geometric typeface with rounded tips and corners.

The choice of art deco style is a bit interesting given that ABC O&O WLS’s “Windy City Live” uses a similar look — though its typography is much simpler.

The show’s open features a nine-panel grid with stylized imagery from the city popping up in different segments — a layout that matches the show’s home base set of a large angled video wall array.

“Chicago Today” is scheduled to run Fridays only until further notice — but the station plans to expand it to five days a week.

Lifestyle shows like “Chicago Today” and “Windy City Live” are produced at stations across the country.

Stations like them because, even with mediocre viewership, they can still be a good revenue stream because they can, unlike traditional newscasts, carry sponsored segments and use product placement.