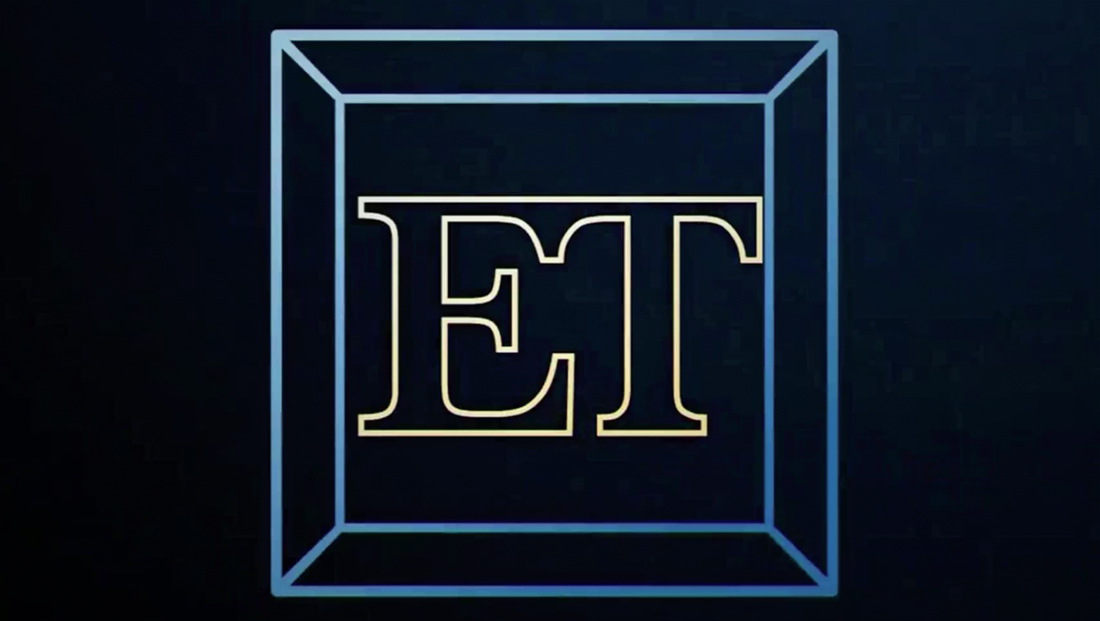 “Entertainment Tonight” rolled into its new season from the same set, but with some graphics tweaks.

The show’s look still centers around the “ET” icon in a gold square box with curved corners, but adds outline elements, including a 3D box reveal on the logo in the open as well as in the typographic headlines at the top of the show.

The color scheme has shifted to a slightly darker shade of blue with less gradients as well, while the show’s bug and lower thirds have been adjusted to fill the full 16:9 aspect ratio.

The open also switches to more of a letterbox style rather than a rounded rectangular frame.

The show is also marking the somewhat awkward anniversary of 39 years — and started Monday, Sept. 9, 2019’s edition with a quick trip through the show’s past logos on the video wall behind hosts Kevin Frazier and Brooke Anderson.