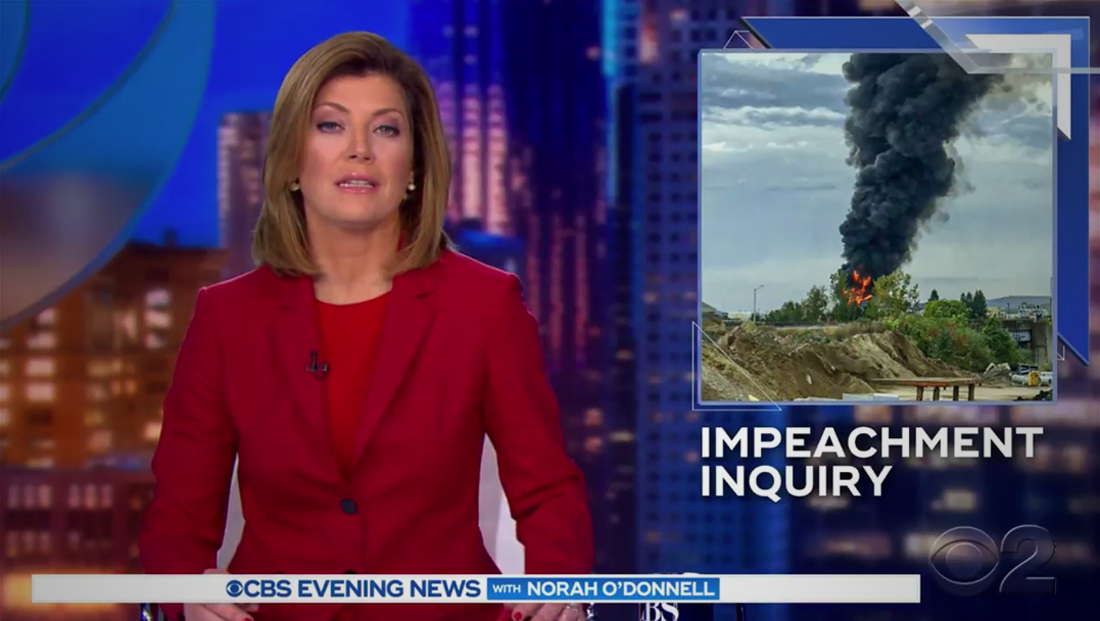 Thanks to an apparent technical glitch during its first feed, the “CBS Evening News” ended up putting an imagery of a plane crash next to anchor Norah O’Donnell with the headline “Impeachment inquiry.”

The broadcast led with a World War II thrill ride plane crash and used imagery from the scene showing flames and billowing smoke next to O’Donnell with the headline “Deadly crash.”

However, after a package and live toss back to the studio, O’Donnell moved on to the current impeachment inquiry.

The OTS graphic’s headline below the on-screen box was changed to reflect that story — but the image in the square graphic was the same smokey plane crash.

Not discounting the death and injuries of the plane crash, it’s still an ironic precursor to where the impeachment inquiry could be headed. 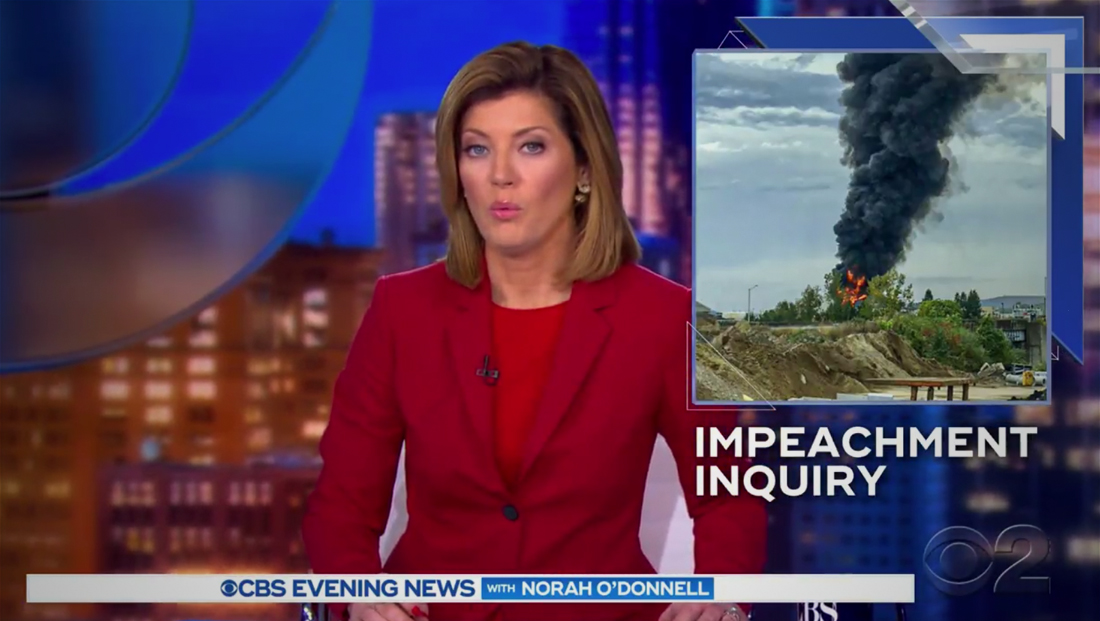 It appears someone in the control room noticed the error because the camera abruptly adjusted to try to center O’Donnell on frame, but the graphic wasn’t killed in time and ended up awkwardly covering part of her. 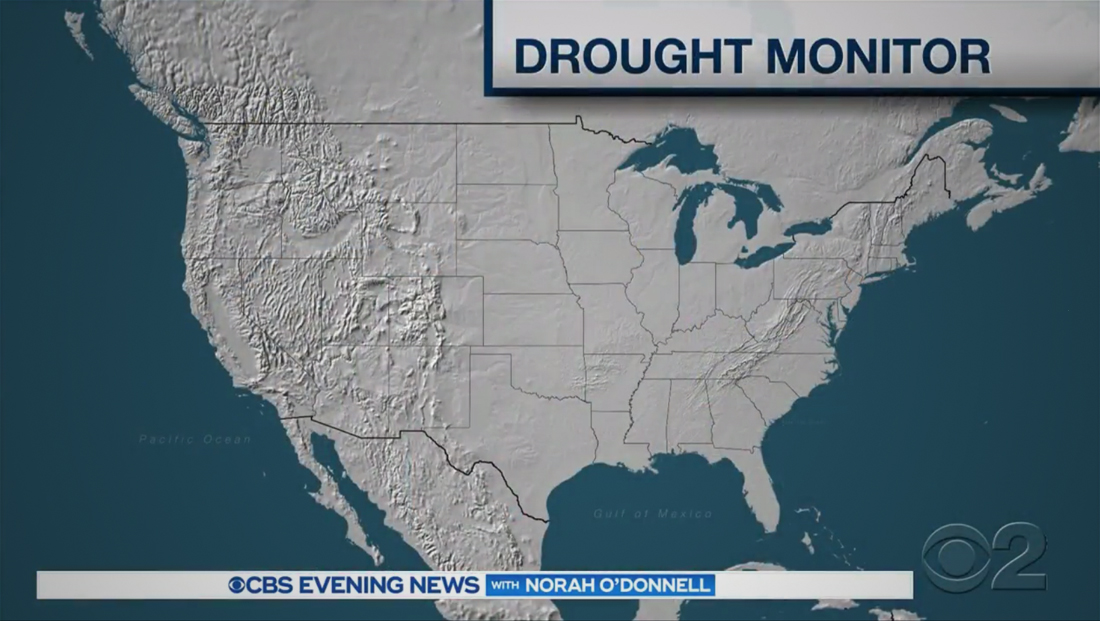 Then, in an apparent effort to get anything else on screen, the control room switched a a “Drought Monitor” map. It appears that the network may have intended to show an image or screen capture of Donald Trump’s “bullshit” tweet, though the map was shown in error.

In many cases, control rooms can control the animations text and imagery used in on-screen graphics separately and insert them in “layers” — which lets them change things out on the fly, but also increases the chances for mismatched graphics like this (and, in fairness, CBS is far from alone in making this type of error).

CBS fixed the error in a later version of the broadcast.