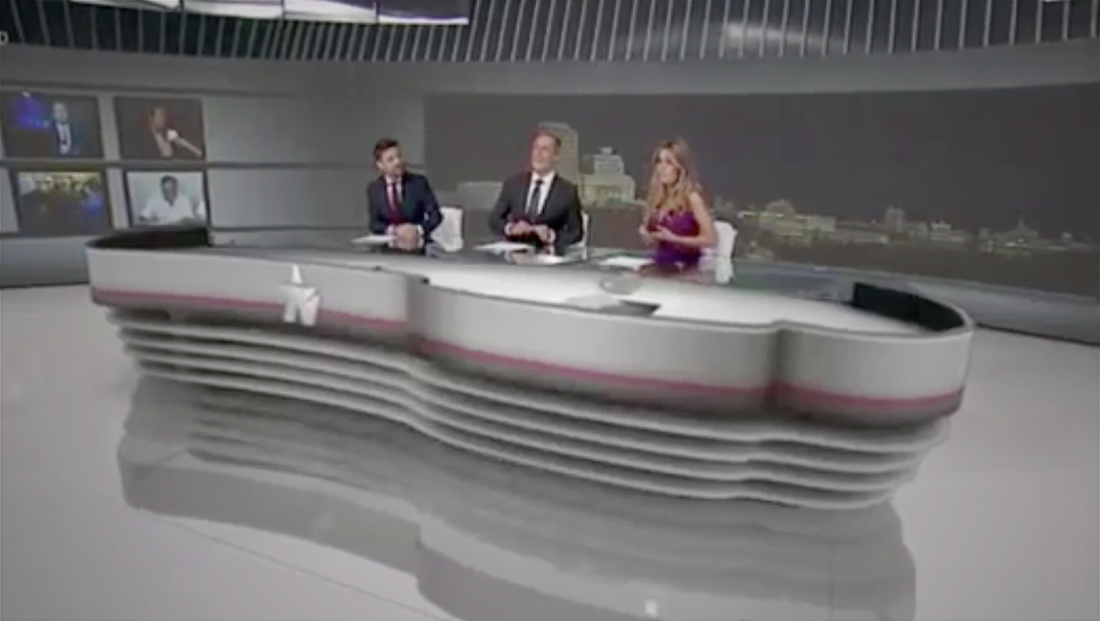 The broadcaster, which unveiled a redesigned logo and studio with massive video wall in 2017, took full advantage of that technology, combined with some augmented reality effects, to “recreate” its 1989 set to mark its 30th anniversary.

The updated look featured a digital version of the network’s original cityscape (complete with miniblinds) and walls with tradition 4:3 tube television monitors.

Parts of the modern day set, including the metallic wraparound walls, were visible in wide shots.

At the conclusion of the update, current talent entered the space to join Pino at the virtual anchor desk before the studio transformed back to its 2019 look.