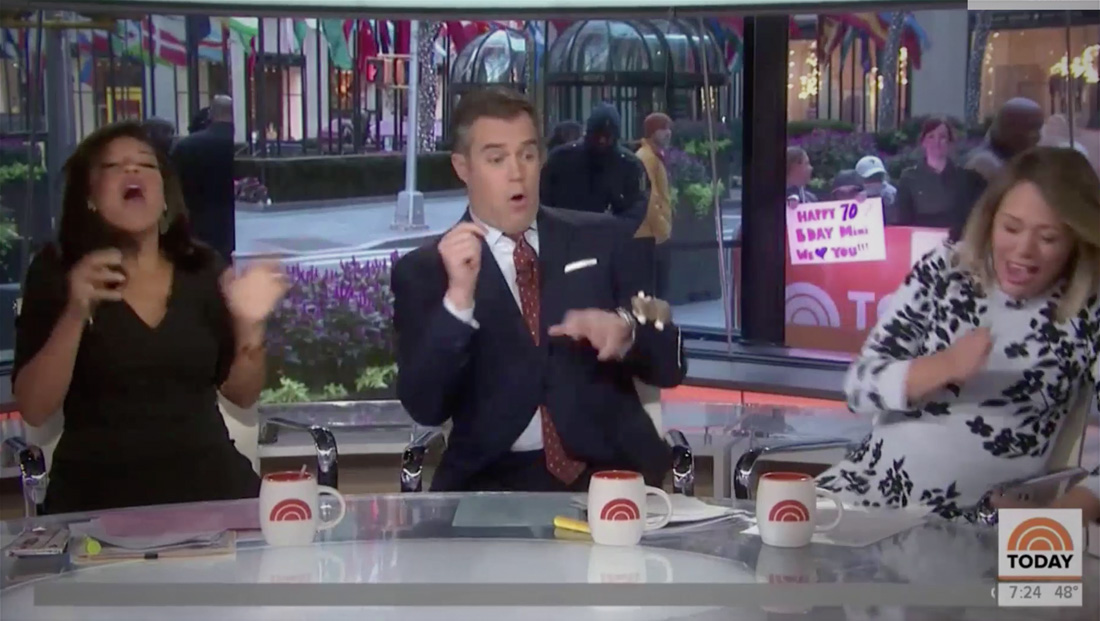 After NBC News White House correspondent and Saturday “Today” co-anchor Peter Alexander had a mouse fall on his lap while working in the White House, it was of course a topic of discuss during the broadcast’s mid-show chat about current events.

During the segment, Alexander was recounting the story to Sheinelle Jones and Dylan Dreyer at the anchor desk when the crew dropped a small, stuffed animal “mouse” off to one side of Alexander.

The many faces of @PeterAlexander's reaction to the fake mouse dropped on him during '#TodayShow' pic.twitter.com/ikkLqReApB

Alexander recoiled in fear, while Jones literally pushed herself away from the anchor desk to get out of the way.

Dreyer, who apparently had been in on the prank (possibly because producers thought startling a pregnant woman like that might not be the best idea) admitted she was startled by the gag even though she knew about it.

The show the segued to let viewers what was coming up, with Jones skillfully blending a story about Bernie Sanders’ heart scare with a comment on “how not to have a heart attack on this set.”

NBC also has Studio 1A rigged so a tissue box can be lowered between its co-hosts, a practice that is using mostly during the fourth hour of the show.