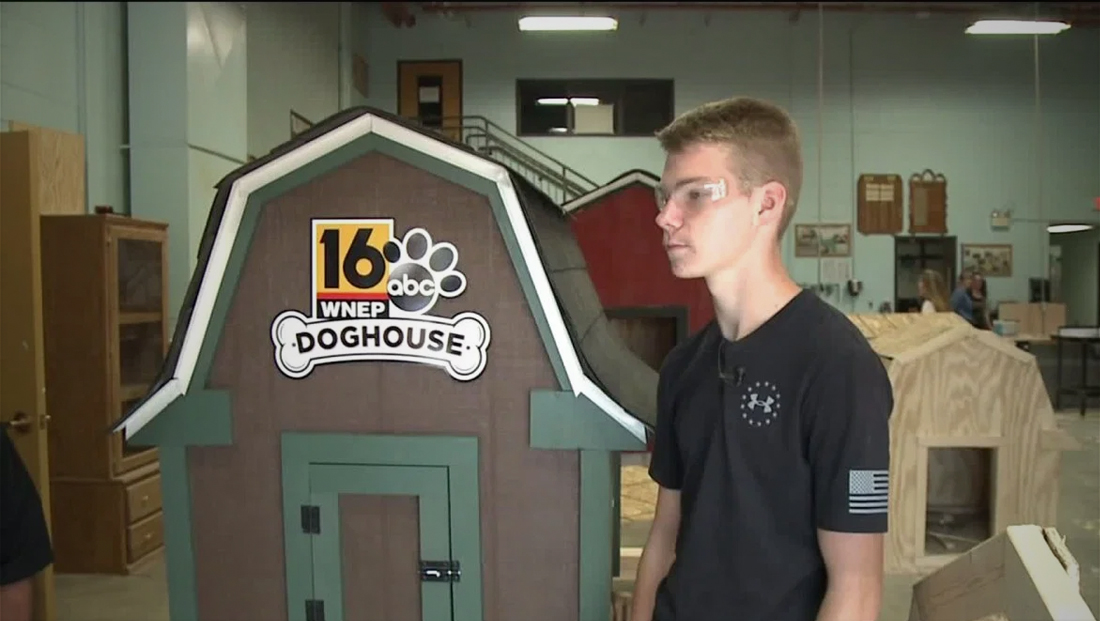 The doghouse will eventually be installed in “The Backyard” — the outdoor area that serves as WNEP’s primary weather studio.

WNEP is known for its longtime use of broadcast weather forecasts from outdoors.

While the station has a “weather office” that is wired for  broadcasting, it typically presents weather forecasts from a patio-like area behind the station.

The area, which is finished with stone pavers, features a water feature and “shed” with rolling door that houses the outdoor chroma key wall, lighting and monitors.

The doghouse the students built for WNEP matches the wood and green trim used on the shed.

In addition, it features the WNEP logo with the ABC globe serving double duty as a paw print and “Doghouse” in a bone shaped banner below.

Chief meteorologist Kurt Aaron has brought his dog, Ranger, on air, which spurred the idea to build the doghouse.

WNEP’s backyard got national attention in 2017 when “Last Week Tonight” host John Oliver had an oversized train set built poking fun at the electric train that appeared on air behind forecasters.

The train set, which HBO custom commissioned, was eventually donated to the local Trolley Museum.