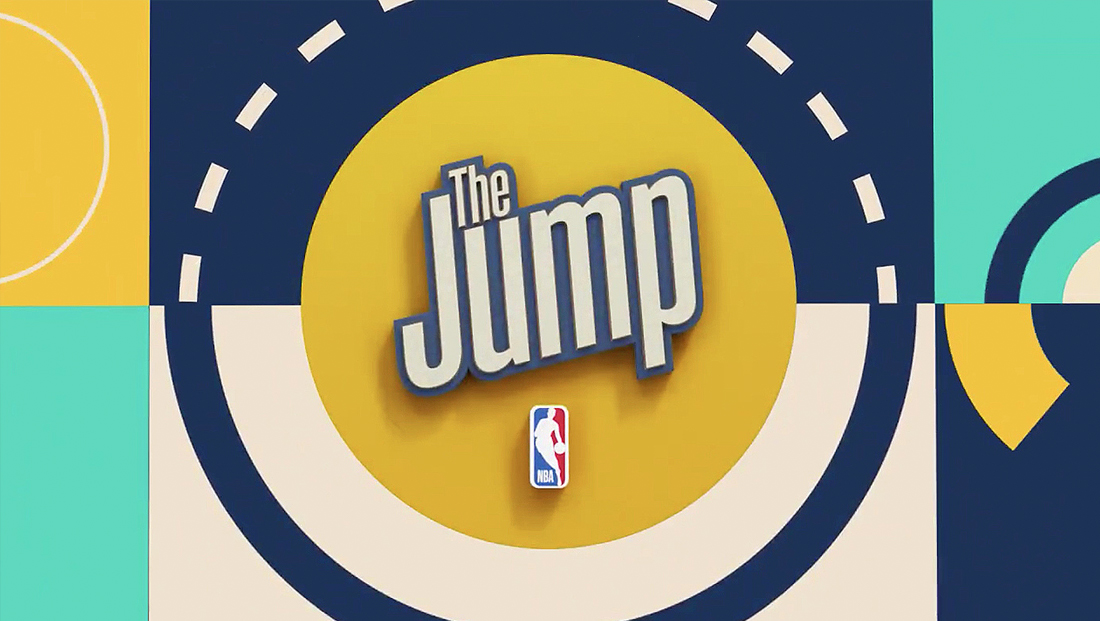 The look, from ESPN Creative Services, uses a unique blend of teal, gold, dark blue, red and tan to form a variety of shapes and layers inspired by the straight lines and curves on professional basketball courts. 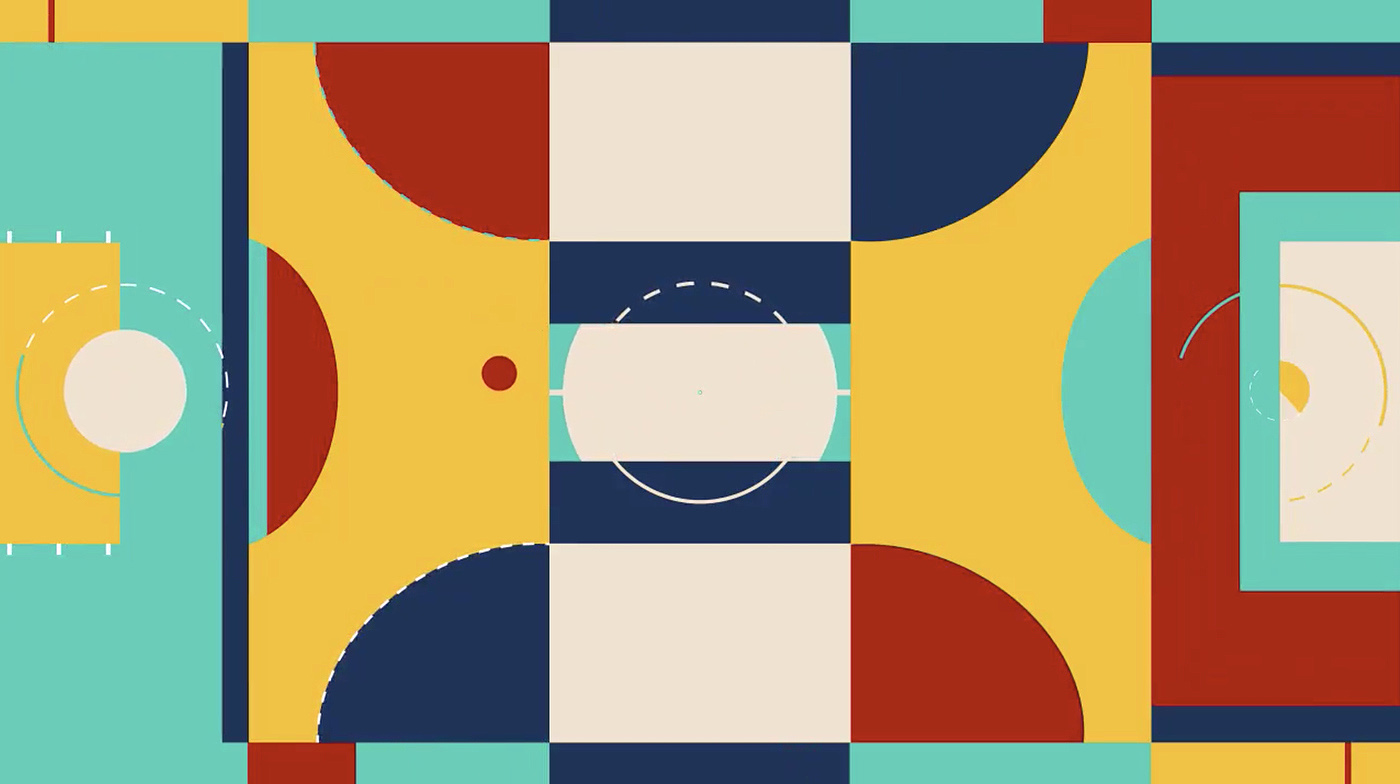 In many of these sequences a certain layer “opens” to reveal a layer below. Other reveals include “flipping” and rotating segments and and segments that rise or fall.

Other accents include hashmarks and a 3D basketball element.

This “repeating” style is also used in other elements, including with the show’s logo as a fullscreen transitional background.

Similar looks can also frame cutouts of players along with oversized versions of their names and team logos behind them as OTS-style graphics.

While the look is new, the show has retained its condensed logotype.

Rachel Nichols continues to host “The Jump,” with the show now serving as the pre-game show for the network’s weekly marquee NBA game.

It continues to be produced from the network’s Los Angeles facilities, which were recently updated to include a “Los Angeles-centric” look.