HLN lays out all the evidence in original series ID sequences 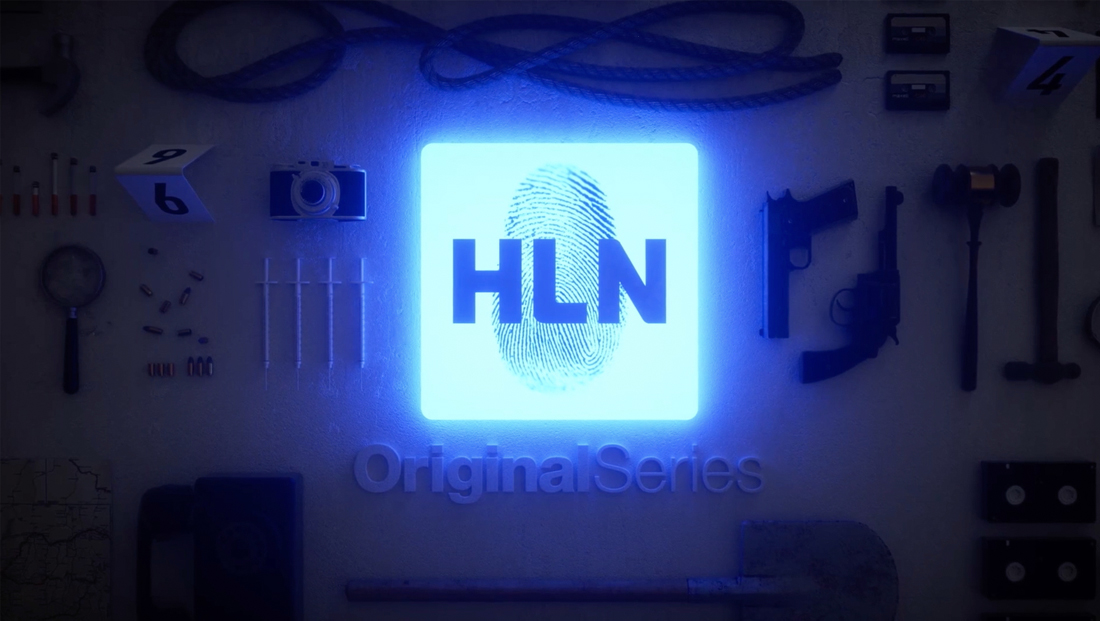 After a pivot to focusing on taped true crime and investigative series outside of “Morning Express” and “On the Story,” HLN has introduced IDs and cutdowns that drive home those themes with the tools of the trade.

The overall look of the short but powerful segments is a “lay flat” array of tools used in crime and justice — ranging from gavels to rope to syringes and shovels. Also included are bullet shells, audio and video tapes, crime scene markers and, of course, a trusty (but broken) magnifying glass.

Nathaniel Howe Studios worked with The Amy Palmer Group to create multiple versions based around this collection of objects.

The project includes both :10 IDs and :05 cutdowns. 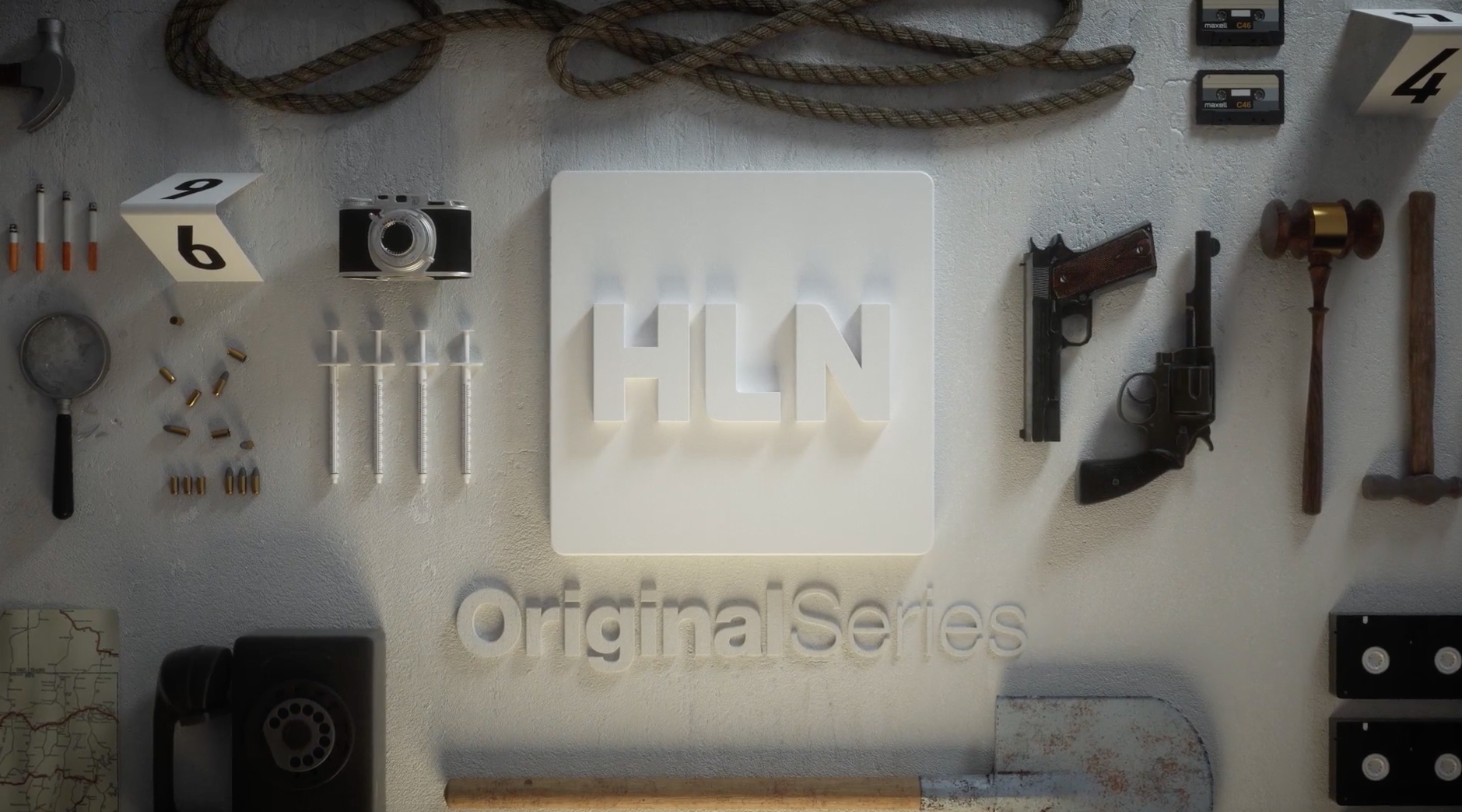 Typically each of these start by showcasing elements from the array of objects in dramatic, off axis angles.

Thanks to these views, additional objects including crime scene tape, gloves and handcuffs are incorporated.

In addition, all of the objects are have been placed on a textured white background with a similar look and feel to plaster or similar material — perhaps a nod to the casts used at crime scenes. 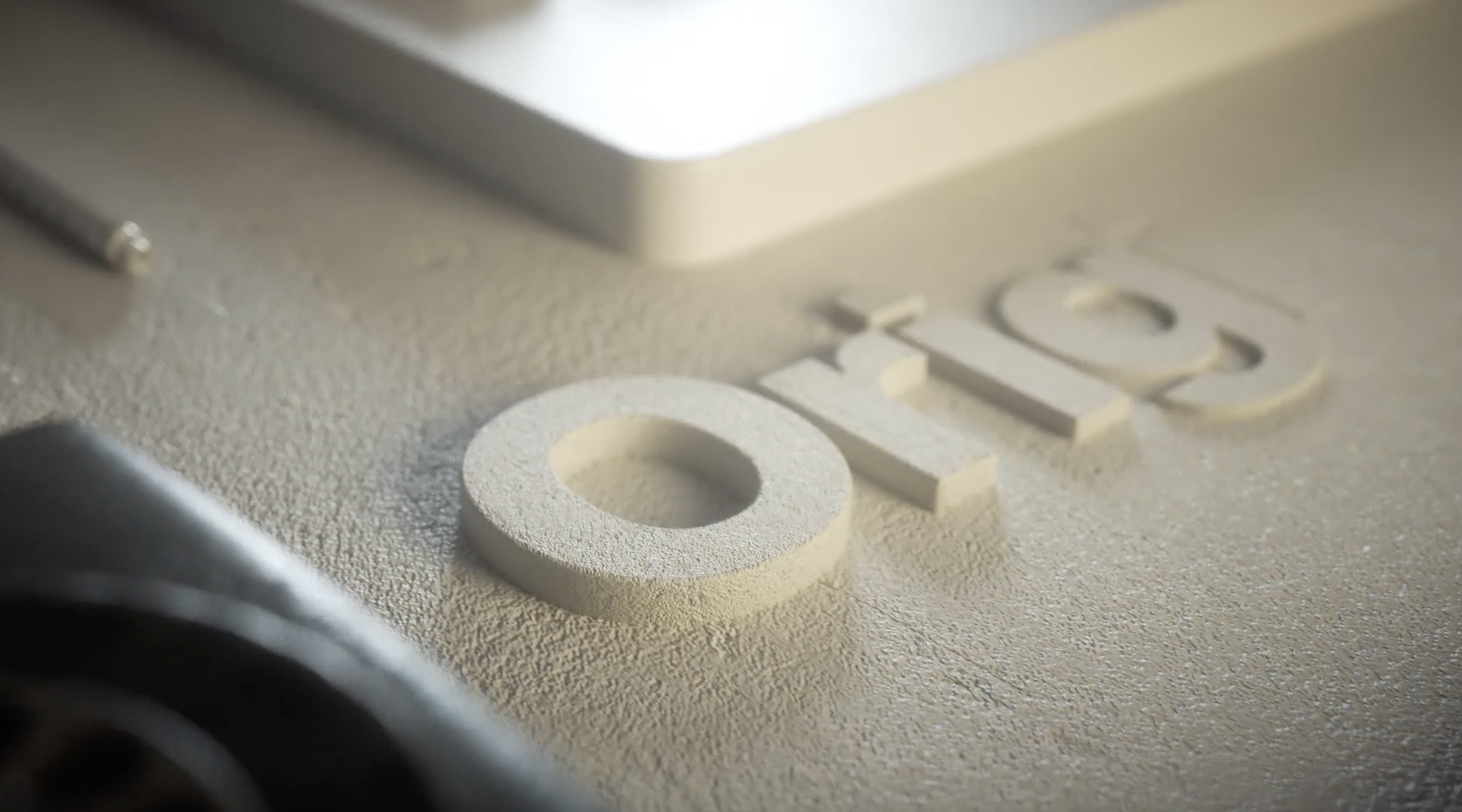 The textured background also serves a different purpose — the HLN logo and “original series” text also appear to “rise” up out of it to create dimensional versions of themselves that sit within each scene.

At the end of each segment, most of the objects become shrouded in a mysterious, inky darkness as the square part of the HLN logo “lights up” in luminol-blue with a fingerprint behind the logo itself.

Prior to the lighting shift in the final scene, specific attention has been paid to lighting and shadows in each view as well, with the primary light source appearing to be coming from the bottom of the screen, casting dramatic shadows on the objects, logo and text “structures.”

In addition to the visuals, each segment also has carefully edited audio from Syn that combine the sounds of crime and justice — dropping bullet shells, a gun cocking, sirens, radio calls, interview recordings, judges, 911 tapes and more.

Combined with these “real life” sounds are ominous sounding effects and music and a “powering up” effect used when the HLN logo flickers to life.

Incidentally, while the male voice presumably on an emergency band refers to “code 6,” the audio team steered clear of the stock sound clip of a female voice saying “liberty 285, code 6…” that’s been used across multiple TV shows and movies.

The use of “code 6,” however, which has differing meanings depending on jurisdictions — with many police departments phasing out radio codes altogether — could be a subtle nod to that famous (or infamous) stock clip.