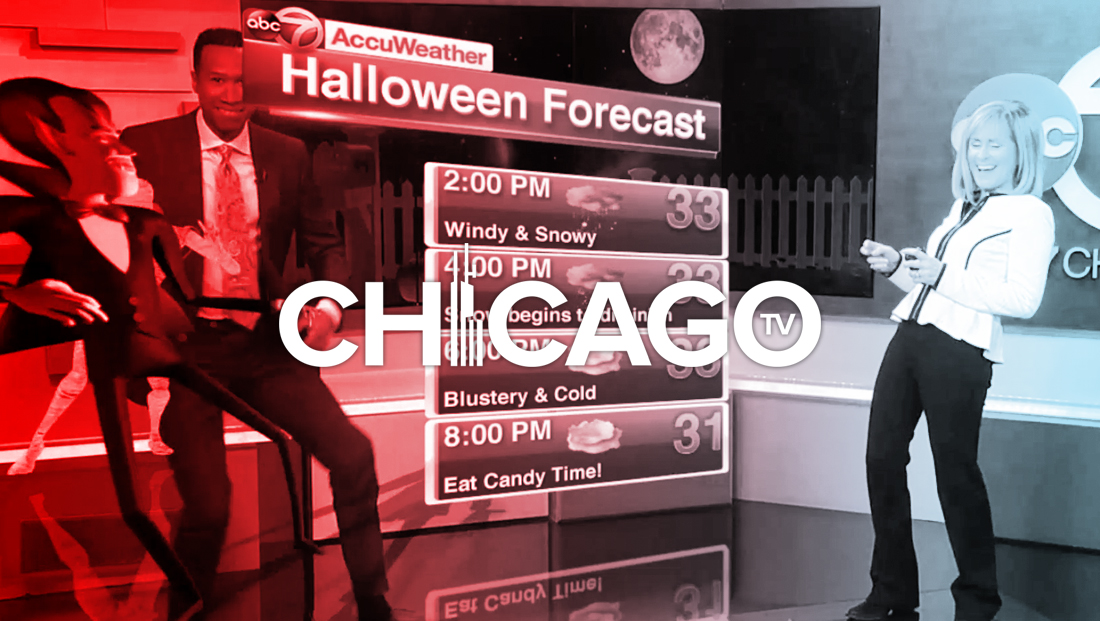 ABC 7 Chicago morning anchor Terrell Brown is already known for is “Something to Dance About” segment — and he showed off his skills next to a dancing augmented reality mummy and vampire used during a Halloween forecast.

Tracy Butler decided to have some fun and inserted an animated mummy and vampire behind her Halloween forecast.

The segment was shot in the studio’s multipurpose interview and standup area where the augmented reality weather segments are typically done.

After the figures popped up on screen, the anchor team had quite a laugh and Brown jumped out of his chair and ran across the studio to join in the fun.