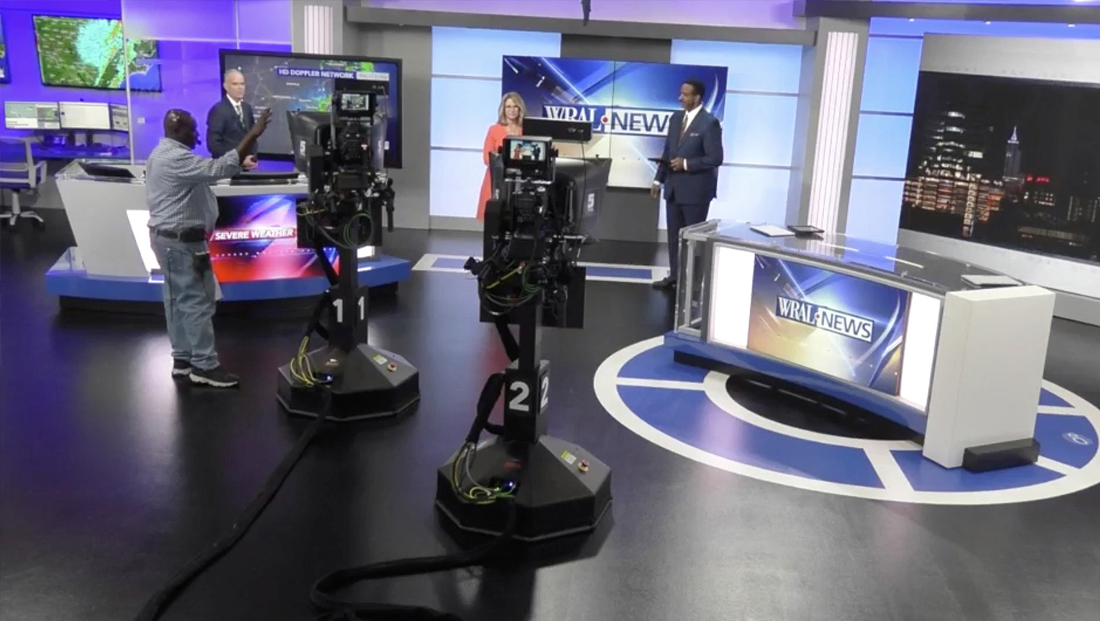 The station was previously using a semi-enclosed newsroom set. 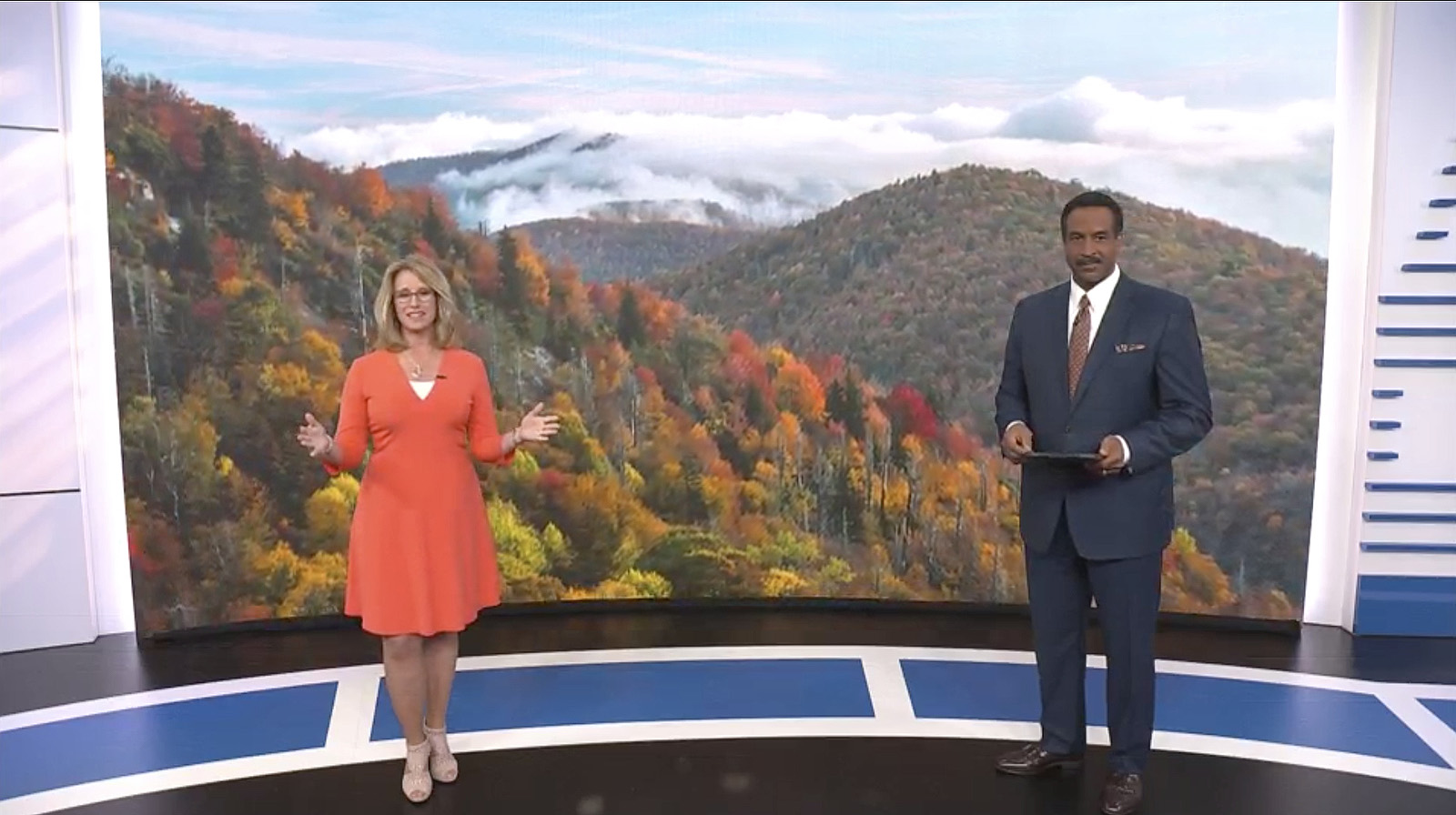 The new set is located in the station’s Studio A, rather than the newsroom, and boasts a 20 foot wide by 11 foot tall seamless curved video wall that’s used for both standups and weather. 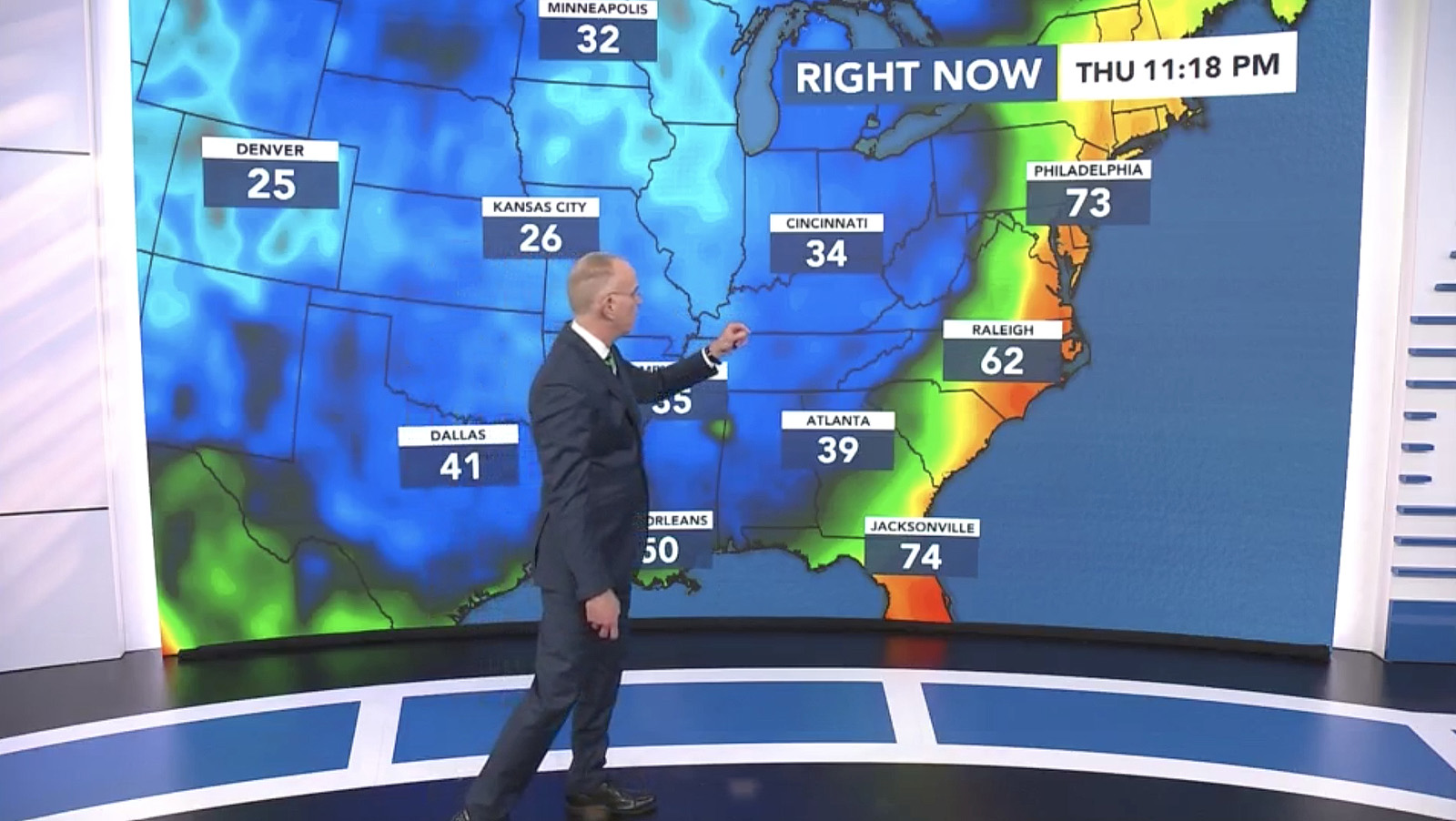 Adjacent to the video wall is a sharp white hard scenic wall with thin dimensional blue bands that form a reverse version of the station’s “5” logo. 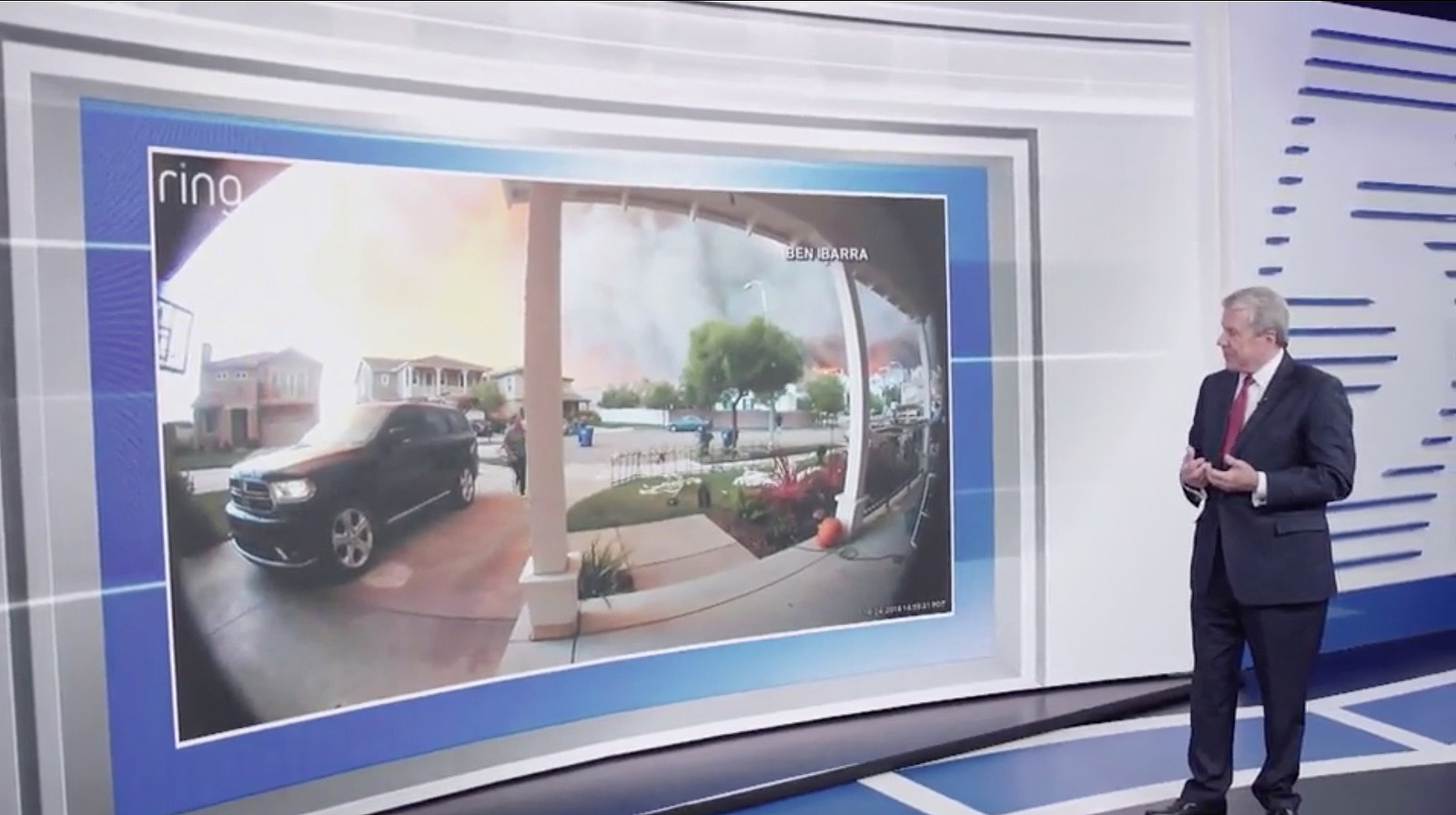 Another, smaller curved LED video wall is situated behind the main standing anchor desk, which is fronted with a video panel and backlit panel and topped with glass.

Wrapping around the anchor video wall are backlit panels, a look that continues camera left of home base where there’s a 2×2 video array that then segues to the stations’ working weather channel. 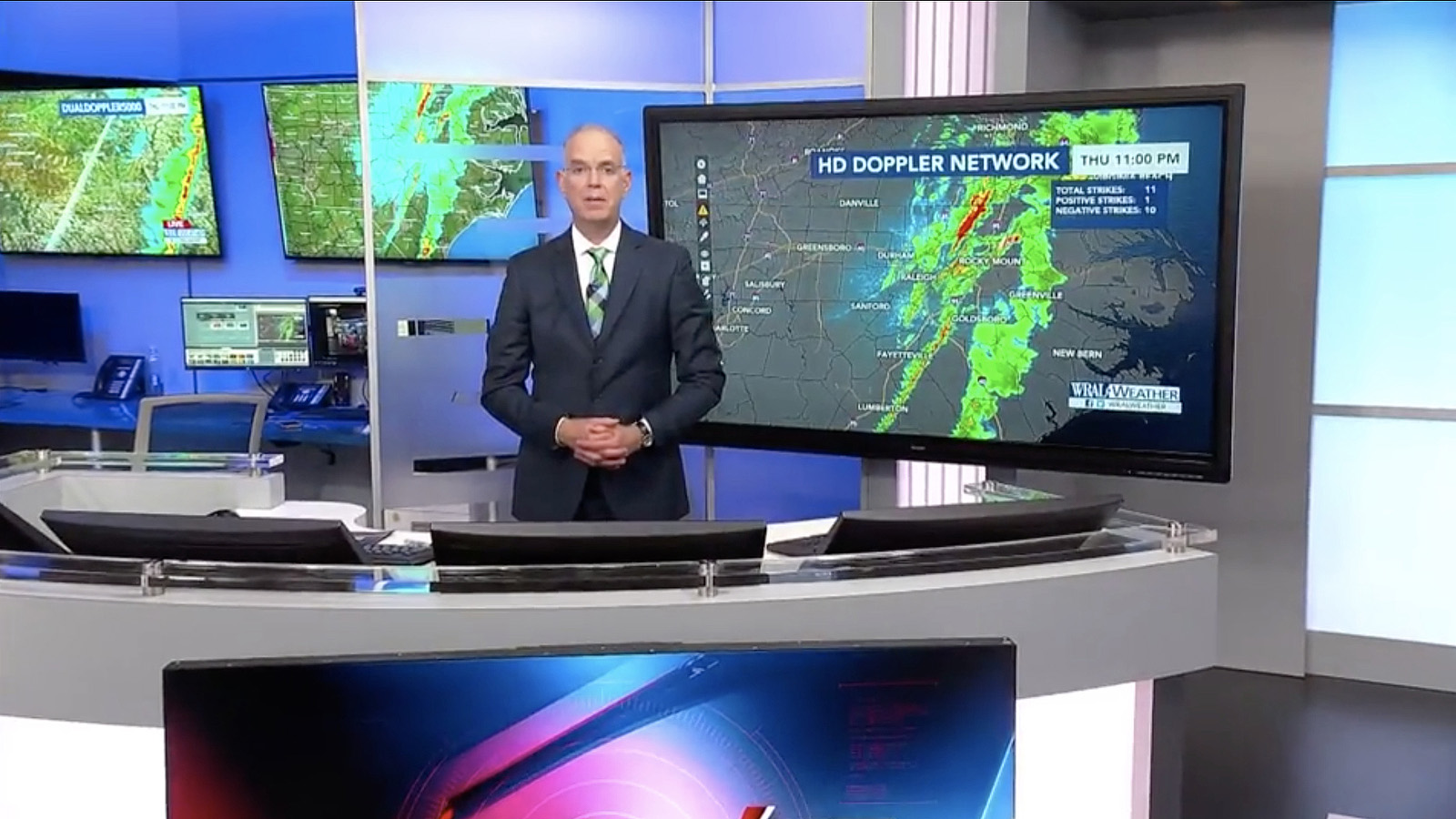 The weather center featured a curved presentation desk with OTS panel mounted in front of a frosted divider with solid walls behind the work area.

Other elements used throughout the set include gray walls along with thick squared off columns with inset panels with vertical banding accents.

In addition, the studio floor has been outfitted with white and blue decal graphics, including a curved one in front of the larger video wall and a ring around the anchor desk.

Correction: A previous version of this story misidentified WRAL’s network affiliation as its previous one. The post has been updated with the correction NBC affiliation listed.