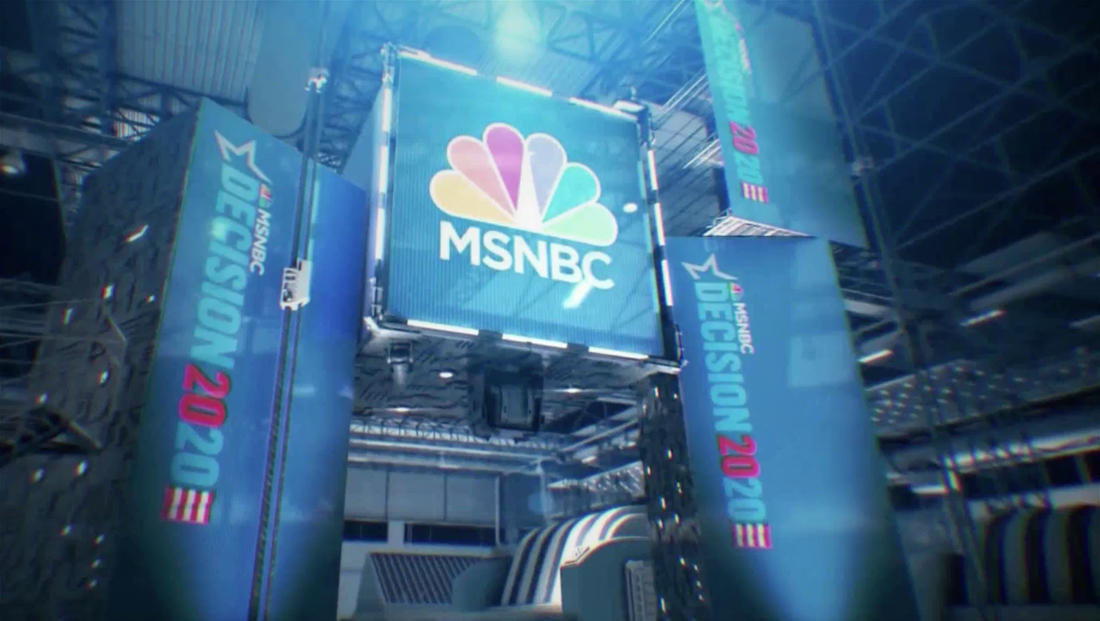 MSNBC’s telecast of the November Democratic debate continued the groundwork laid by its parent network’s first debate in June.

However, instead of using an announcer for the open, however, MSNBC opted to continue to let the candidates speak for themselves, echoing a promo that it used to promote this debate.

The shot of the lecterns was also used at the very beginning of the promo as well as closer to the end.

Candidates and their names still appeared on screen in similar frames as before, but no voiceover introduced each of them, instead a soundbite with video was used.

This also meant that the traditional portraits of each candidate were no longer used except in the arrays toward the end.

The open used NBC’s famous election theme — with a slower paced version played over the initial series of SOT intros.

An announcer did take over after candidates were shown on screen with the MSNBC logo proudly perched atop a virtual tower thanks to the networks 3D “hanger” look.