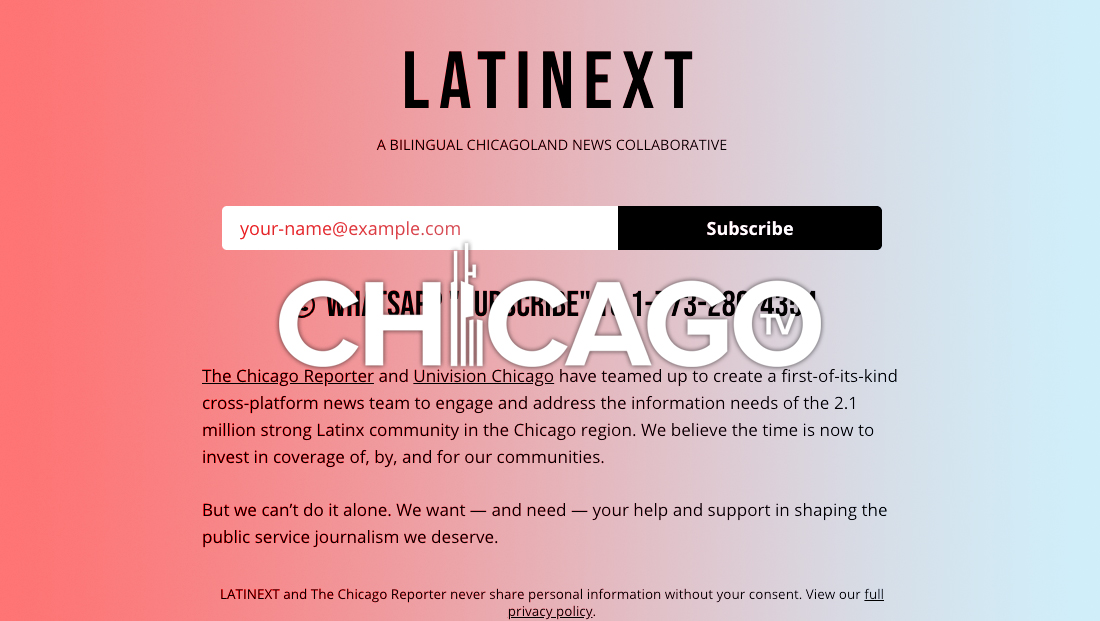 Univision Chicago and The Chicago Reporter are partnering on a new “cross newsroom” bilingual news operation.

WGBO and the Reporter (not to be confused with the Chicago Reader) will create Latinext, a multiplatform news offering.

The venture will be managed by Chicago Reporter editor and publisher Fernando Diaz and WGBO’s head of content Teri Arvesu.

Latinext will train and hire a team bilingual journalists that will create content in English and Spanish for Univision’s television, radio and digital platforms as well as in the Reporter.

Latinext’s launch comes on the heels of an earlier announcement that Tribune would shutter its Spanish language newspaper Hoy Chicago.