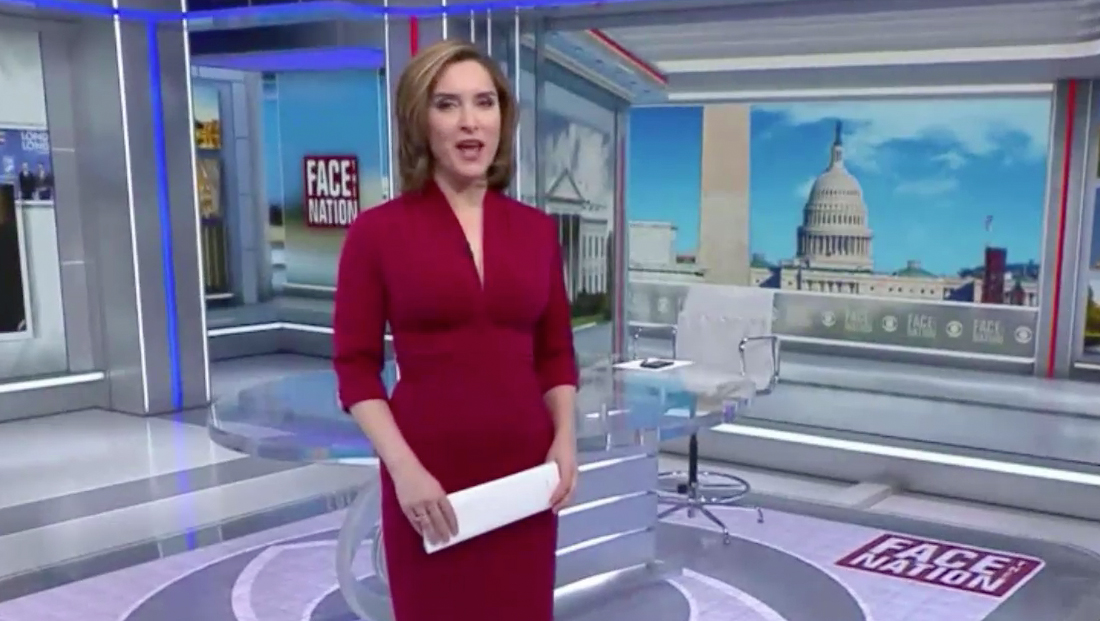 Despite a rocky start, CBS News‘ “Face the Nation” soldiered through some technical mishaps and got a full show from its bright new look that blends boxy elements and virtual set extensions.

“Face the Nation” gave up its studio in the network’s Washington, D.C. bureau back in September when construction began on a new set for it and “CBS Evening News.” 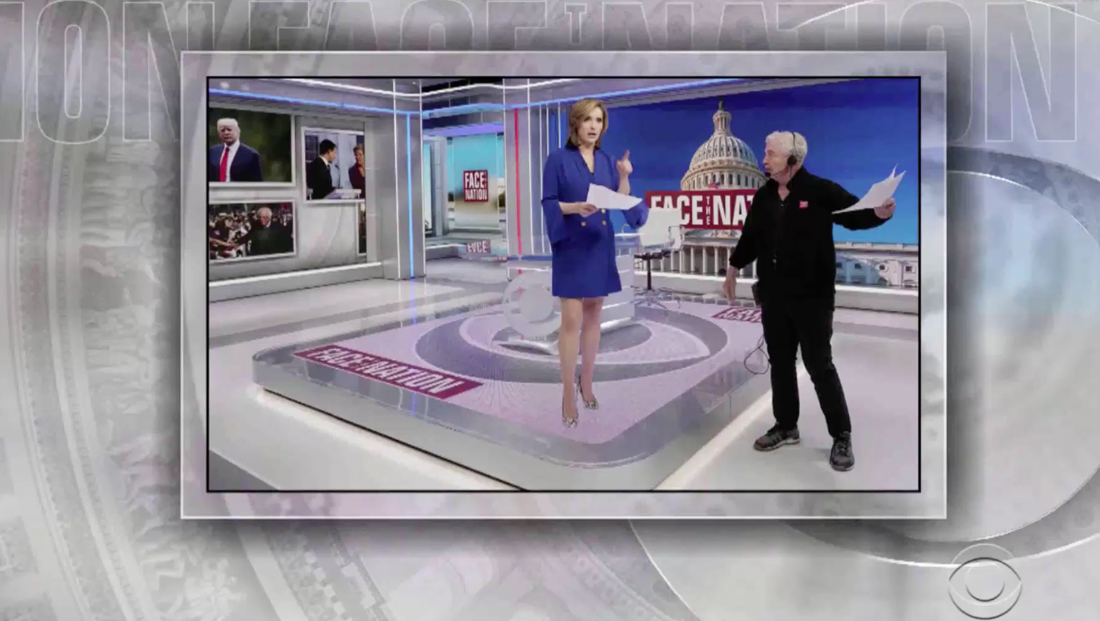 “Face the Nation” got a new, brighter open that uses glassy frames to showcase photos of what appears to be host Margaret Brennan during rehearsals and on the temporary set.

Imagery of the show’s logo, CBS eye and the Capitol rotunda complete the look.

Meanwhile, the show used brighter lighting cues in the studio to give the space a bright and airy look.

Many of the video wall graphics featured virtual “walls” and “corners” while the 3D graphics also created “windows” overlooking imagery of other landmarks.

The virtual extensions largely depict structures with right angles, echoing the structure of the hard set elements and gave the space a unique look that’s significantly different than the darker, bluer looks used on “Evening.”

The faux 3D space “windows” could also be used to insert live remote feeds of guests or display graphics.

CBS fed a large gray CBS eye to the desk riser along with various iterations of the show’s logos. 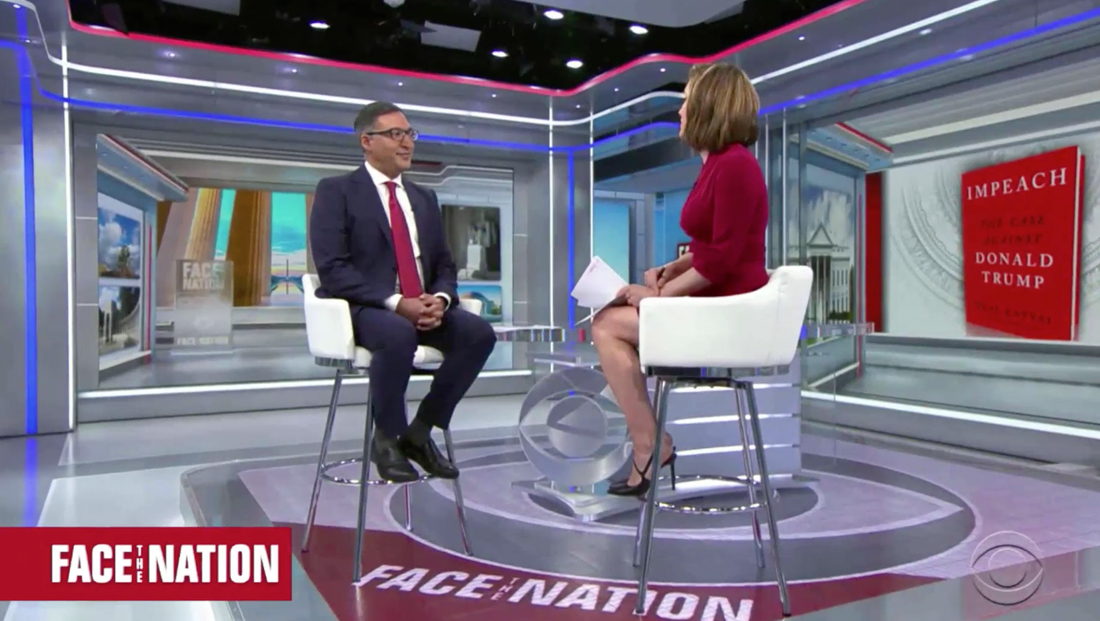 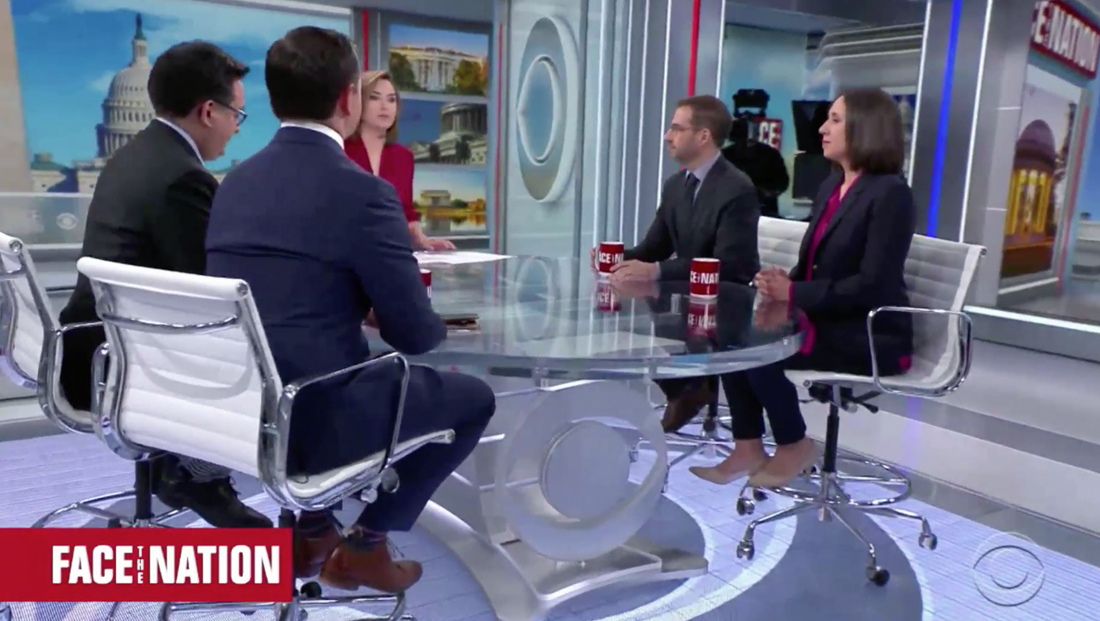 For the roundtable segment, four chairs were brought in around the glass desk and two cameras were moved into the “alcoves” on either side of Brenna, who was seated in front of the video wall with vertical glass accents.